Home » Health News » What is the effectiveness of tecovirimat for treatment of monkeypox? 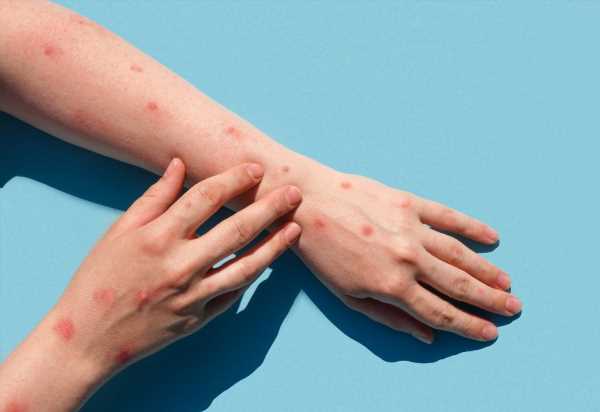 In a recent study published in the Morbidity and Mortality Weekly Report, researchers assessed the effectiveness of tecovirimat in monkeypox treatment.

Currently, there are no Food and Drug Administration (FDA)-approved medications for treating human monkeypox. However, an antiviral medication called Tecovirimat (Tpoxx) has been FDA-approved for treating smallpox and has shown efficacy in animal trials. The antiviral medication Tecovirimat was created as a medical intervention to treat smallpox, a dangerous and potentially fatal infection elicited by the Variola virus, a member of the genus Orthopoxvirus. Although the monkeypox virus is a member of the same genus, it usually results in a milder illness. The effectiveness of tecovirimat in monkeypox treatment has not been completely assessed in humans since there have been few opportunities to conduct clinical studies in nations where monkeypox virus infection is assumed to be endemic.

In the present study, researchers assessed the intake and outcome forms of patients who were diagnosed or suspected of a monkeypox infection and were treated with tecovirimat.

The Centers for Disease Control and Prevention (CDC) collected information from outcome forms for 369 patients and patient intake forms for 549 individuals with confirmed or probable monkeypox who were treated with tecovirimat by 20 August 2022. For 174 of these individuals, data were available from both the intake and outcome forms.

The study results showed that almost 98% of the 527 patients whose intake forms and data were available were men, while the average age was 36.5 years. Among 464 patients whose racial and ethnicity information was available included 38.8% White, 34.7% Hispanic or Latino, and 17.9% non-Hispanic Black or African American individuals. Almost two-thirds of tecovirimat recipients among the 359 patients for whom data were available had lesions that covered less than 10% of their bodies, whereas 4.7% had lesions that covered between 75% and 100% of their bodies. When tecovirimat treatment was started in 529 patients, 56.5% reported between 10 and 100 lesions, while 39.7% had less than 10, and 3.8% had more than 100 lesions.

The oral formulation of tecovirimat was recommended to 99.8% of the 495 patients for whom information on the mode of administration was available at the beginning of therapy. The median time between the onset of symptoms and the first dosage of tecovirimat was seven days. When tecovirimat treatment started, 47.7% of the 260 people having revised intake forms had laboratory-confirmed orthopoxvirus infection.

Data on hospitalization status for 331 of the 369 patients with outcome forms were available. Among these, 6.9% were admitted after the onset of symptoms, with a median stay of four days. The median time required for subjective improvement after the beginning of treatment was three days. Approximately 72.6% of the 317 patients with available outcome data, showed recovery with or without sequelae either by the time or before the post-treatment assessment was completed. Almost 27.4% were reported not yet completely recovered, among which 78 did not report completion of the 14-day tecovirimat treatment course.

Almost 3.5% of 340 patients reported adverse events. These included three patients who reported headaches, two with nausea, two with vision disturbances, two who reported weakness, and one who was hospitalized due to psychiatric issues. Furthermore, 2.2% reported the development of new lesions at the posttreatment follow-up visit, while 13.1% of patients had new lesions in the first week of treatment. Following therapy, 89.5% of patients stated that all lesions had crusted over and were healing with a fresh layer of skin behind the scab. The duration required for subjective improvement among 174 individuals with data was the same for both those with and without evidence of human immunodeficiency virus (HIV) positivity.

Overall, the study supported the continued availability of tecovirimat for patients having laboratory-confirmed or diagnosed monkeypox. Initial results suggested that tecovirimat was mostly well tolerated, with most adverse events not serious. Furthermore, it is still unknown whether tecovirimat contributed to the reported adverse events. The researchers believe that, during the present monkeypox outbreak, ongoing monitoring is crucial to determining the safety of tecovirimat in patients diagnosed with monkeypox virus infection.

Bhavana Kunkalikar is a medical writer based in Goa, India. Her academic background is in Pharmaceutical sciences and she holds a Bachelor's degree in Pharmacy. Her educational background allowed her to foster an interest in anatomical and physiological sciences. Her college project work based on ‘The manifestations and causes of sickle cell anemia’ formed the stepping stone to a life-long fascination with human pathophysiology.