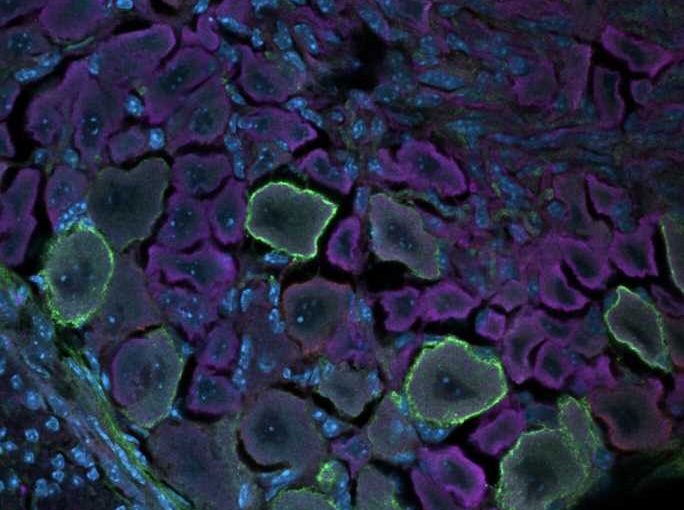 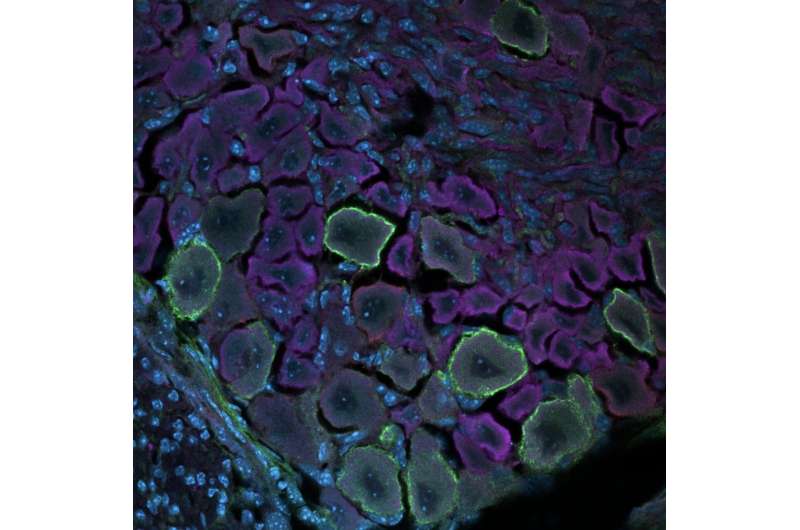 Humans perceive tactile information, including pressure, pain, itch, temperature, vibration and movements, thanks to an intricate network of neurons situated in the brain and spinal cord. This network, referred to as the somatosensory system, is now known to be composed of several different mature neuron populations situated in the dorsal root ganglia (DRG) and the spinal cord.

While past studies on mice have identified specific types of sensory neuron populations and their possible functions, the processes through which these neurons develop and take on different functions over time remains poorly understood. Better understanding these processes could ultimately help to gather valuable insight about the neural underpinnings of some developmental sensory disorders, such as congenital insensitivity to pain with anhidrosis (a condition characterized by the inability to feel pain and temperature) and autism spectrum disorder (ASD).

Researchers at the College of Arts and Sciences in Charlottesville and University of Virginia have recently carried out a study exploring changes that take place during the development of the somatosensory system using a technique known as single-cell mass cytometry. Their findings, published in Nature Neuroscience, shed new light on the maturation and differentiation of somatosensory neurons in the DRG, the dorsal roots of spinal nerves.

“Our recent study builds on decades of work related to the development of the somatosensory nervous system,” Christopher Deppmann, one of the researchers who carried out the study, told MedicalXpress. “We wanted to demonstrate that an analysis that would ordinarily take years to accomplish can now be done in a matter of weeks or months.”

Deppmann and his colleagues performed their analyses on the DRG of developing mice of both sexes, collecting samples daily from before they were born to their fourth day of life. They analyzed their samples using single-cell mass cytometry, a powerful technique to assess the unique characteristics of individual cells. This technique allowed them to measure almost 3 million cells and analyze their characteristics. 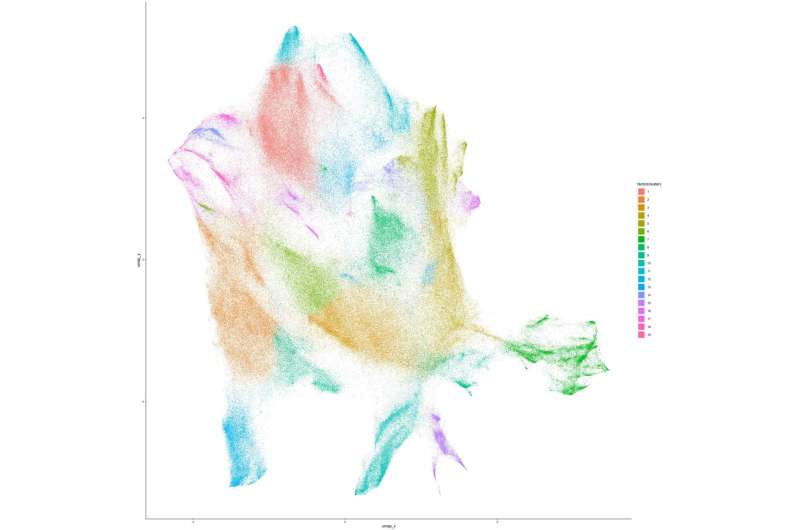 “We optimized mass cytometry, a relatively new technique, to measure proteins in millions of neural cells to give unprecedented molecular and temporal resolution of both major and rare cell types,” Deppmann explained. “Our results provide the first proof of concept for mass cytometry in neurons, which should open the door to proteomically profile other regions of the nervous system.”

Through their analyses, Deppmann and his colleagues were able to characterize 30 molecularly distinct somatosensory glial states and 41 neuronal states, spanning across the different development stages at which they collected their samples. They then also identified some neurotrophic factor receptors (i.e., neurotrophin-binding growth factor receptors) that could play a key role in the differentiation of somatosensory cells (i.e., determining their function after maturation).

Interestingly, the researchers found that their findings were partly different from those of past studies using RNA analysis methods. This highlights the importance of collecting protein-level measurements to better understand functional cell states and the development of neurons over time.

The results collected by Deppmann and his colleagues provide new valuable insight about the maturation of somatosensory cells in the DRG and their unique stages of development. In the future, their work could promote the greater use of single-cell mass cytometry for analyzing somatosensory tissues.

“We now plan to use the same approach demonstrated in our paper to address fundamental questions related to sensory neuron development (e.g., male/female differences, impact of inflammatory signaling) and start working on other developmental atlases (e.g. brain),” Deppmann added.