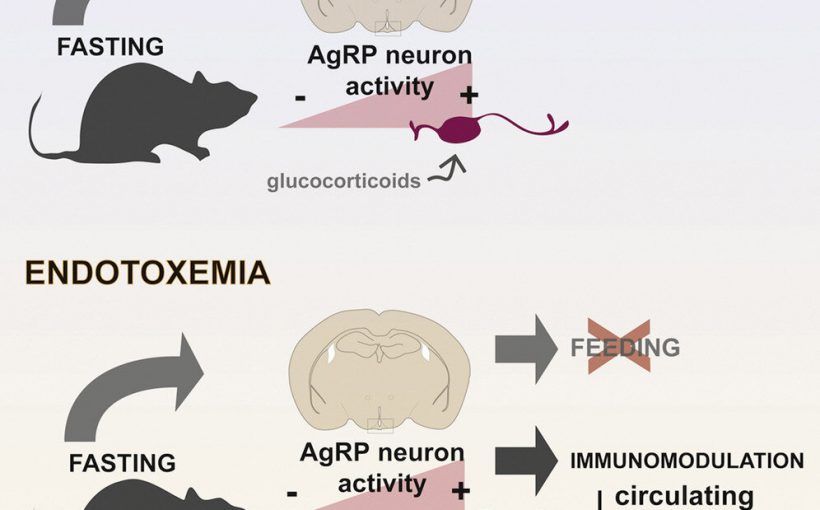 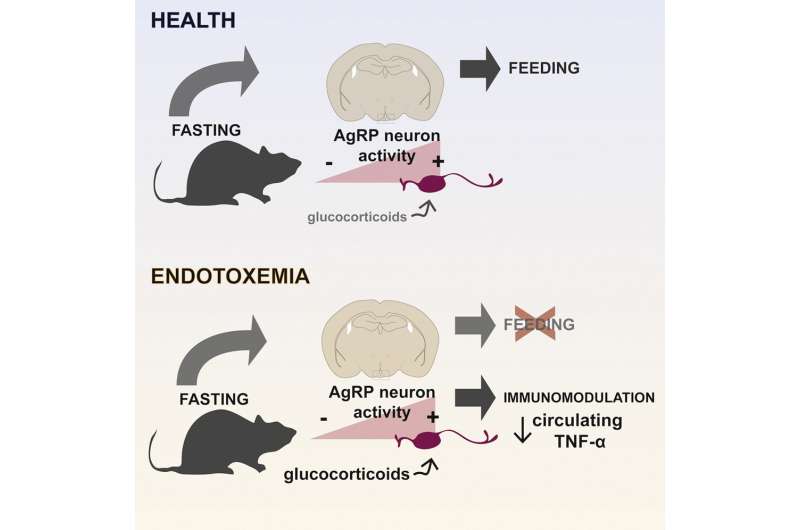 Mice who have been tricked into thinking they are fasting manage inflammation more easily, according to neurobiologists at The University of Manchester and collaborators from the University of Naples “Federico II,” in Italy.

The study of mice, now published in Current Biology, is also the first to show that the well-established protective effects of fasting are at least in part mediated by the brain, rather than by a lack of nutrients as generally thought. The scientific team showed that tricking the brain into thinking it is fasting is sufficient to induce effects of real fasting in otherwise well-fed mice.

Scientist have long known that periodic fasting can help promote a range of health benefits, including reducing the severity of chronic inflammation, helping the immune system regenerate, alleviating side effects of chemotherapy and even promoting longevity. But the researchers now show it is possible to induce some of the beneficial effects of fasting in mice, without them actually fasting.

The team developed a way to switch on a group of about 5,000 specialist brain cells called AgRP neurons—a tiny figure compared to the 70 million or so nerve cells in the whole brain—which are responsible for generating the feeling of hunger. Using specialist imaging techniques, they were able to visualize the effect of a systemic inflammation in the mice who’s specialist brain cells had been engineered to glow fluorescently.

Loss of appetite and negative energy balance are common features of infection and inflammation in all animals, but are thought to have protective roles by reducing nutrient availability to host and pathogen metabolism. However, the team discovered that the AgRP neurons detect reduced level of nutrients and respond by sending back to the body signals which have anti-inflammatory effects. Artificially turning on these specialist brain cells was also sufficient to generate anti-inflammatory effects.

Senior of author Dr. Giuseppe D’ Agostino from The University of Manchester said, “Though it can be seen as paradoxical, the beneficial effects of fasting during sickness are well known. We have now discovered that the brain plays an important role in this mechanism.”