WEDNESDAY, Oct. 31, 2018 — The science of spinal cord stimulation has been fine-tuned to the point that three previously paralyzed patients can now walk with minimal assistance, Swiss researchers report.

They can do so with only the aid of crutches or a walker, thanks to incredibly precise electrical stimulation of their spinal cord combined with intensive rehabilitation, the scientists said.

In fact, two of the patients can take several steps without electrical stimulation, a sign that there’s been growth of new nerve connections, said senior researcher Gregoire Courtine, chair of spinal cord repair at the Swiss Federal Institute of Technology in Lausanne.

“Walking hands-free really felt more or less like walking normally, and that was a very big achievement,” said 28-year-old patient David M., who became paralyzed after a sports accident in 2010 left him with no control of his left leg and only residual control of his right.

Previous studies have revealed that “the spinal cord has its own intelligence system that controls walking,” said Dr. Thomas Oxley, director of innovation strategy for the Mount Sinai Health System Department of Neurology in New York City.

“If you think about cutting the head off a chicken, it can still walk around. It doesn’t need the brain to walk,” Oxley said.

Implanted electrodes that provide direct electrical stimulation to the spinal cord have been shown to allow movement of previously paralyzed legs.

For example, last month the Mayo Clinic reported on the case of a 29-year-old paraplegic who now can walk about the length of a football field with assistance.

The new study takes the medicine and technology of spinal stimulation even further in two ways.

First, patients were implanted with an array of electrodes down the spinal cord, which allowed researchers to target individual muscle groups in the legs.

“Specific configurations of electrodes are activated to control the appropriate groups of muscles, mimicking the signals that the brain would deliver to produce walking,” explained co-researcher Dr. Jocelyne Bloch, a neurosurgeon with Lausanne University Hospital. Bloch compared the targeted stimulation to the precision of a Swiss watch.

Second, and even more important, the research team fine-tuned the stimulation to work in conjunction with the patients’ proprioceptive sensory system.

Proprioception is your ability to know the exact position of your legs at all times, allowing you to precisely coordinate their movements, Oxley explained.

“When you close your eyes, you know where your leg is, without having to look at it,” Oxley said. “There’s a complex network of information coming back into the spinal cord from the leg about where your leg is in space.”

“If you stimulate the entire spinal cord, you will activate all the muscles at the same time and block leg movement,” Courtine said.

When the stimulation was fed in pulses that worked in conjunction with the proprioceptive system, patients achieved remarkable improvement in their ability to move previously paralyzed legs in coordination, the researchers said.

All three study participants were able to walk with body-weight support after only one week spent calibrating the nerve stimulation to their individual brain patterns, Courtine said.

“They figured out how to deliver these pulses of stimulation into the spinal cord at the right pace, at the right beat, that would not disrupt that proprioceptive sensory system,” Oxley said.

Long, high-intensity training sessions appear to have triggered the nervous system’s ability to reorganize nerve pathways around damaged nerves, researchers said. As a result, patients have improved motor function even when the electrical stimulation has been turned off.

Another patient, Sebastian Tobler, said he can now walk a few steps hands-free in the lab with the aid of electrical stimulation. He can even trike uphill outdoors, using a special three-wheeled cycle that uses both hand- and leg-operated cranks.

“I can support more and more weight on my legs and have more and more control with my legs,” said Tobler, 47, who had both legs completely paralyzed after a 2013 mountain biking accident.

The patients were given watches that adapt the electrical stimulation to their needs based on voice commands.

But none of the researchers would say that a full cure for paralysis is on its way, based on this research.

“I hope we can develop some kind of walker or exoskeleton combined with stimulation so we can get people out of the wheelchair,” Courtine said. “They might not walk around, but they will feel better and will have a lot of health benefits associated with this mobilization of their body.”

The advance offered by this study is a “real breakthrough” in terms of restoring mobility to some paralyzed patients, even though they likely won’t achieve fully independent walking, Oxley said.

“Cure is a very strong word, and this is not a cure,” Oxley said. “This is the first possible treatment that can potentially change the course of rehabilitation outcome in terms of walking.”

The findings were published Nov. 1 in the journals Nature and Nature Neuroscience.

The Christopher and Dana Reeve Foundation has more about functional electrical stimulation. 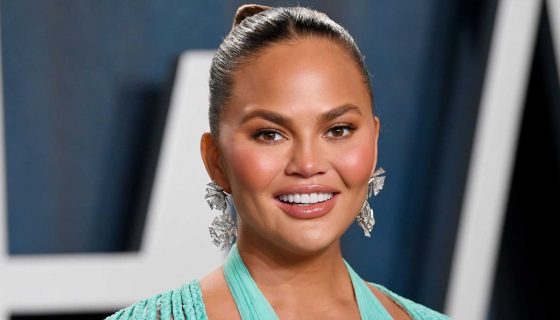