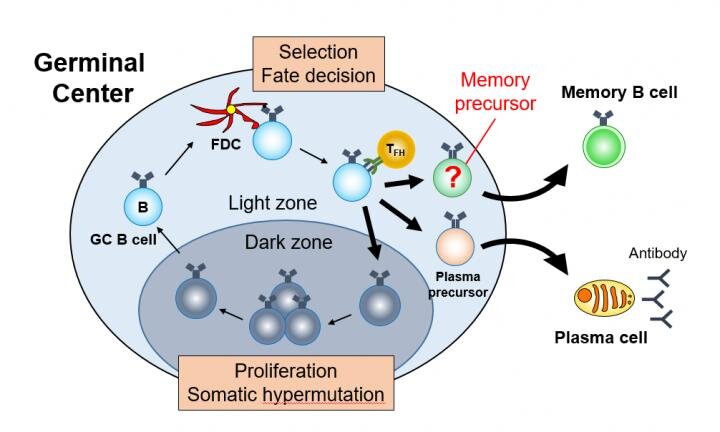 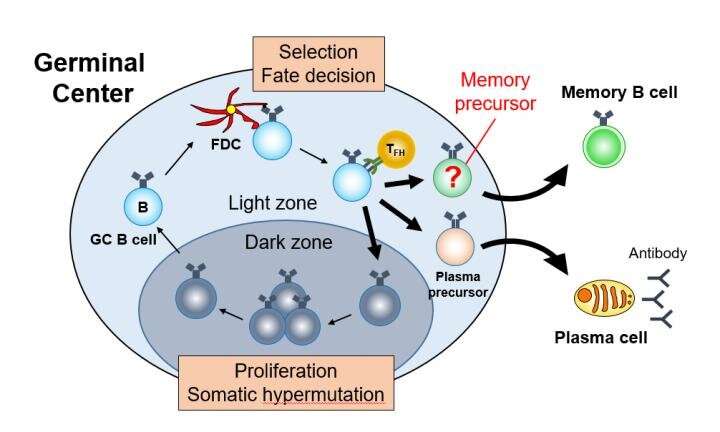 The current COVID-19 climate has made vaccines, antibodies and immune responses topics of everyday conversation. Now, it isn’t just immunologists who want to know how our bodies respond to re-infections months, years, or sometimes decades after an initial immune response. A new study by Tomohiro Kurosaki at Osaka University shows that this ability requires Bach2, a protein that regulates the expression of genes needed to instruct activated B cells under selection to become memory B cells.

Like most biological processes, immune responses are complicated. They involve numerous types of cells and proteins, performing precise step-by-step processes. And most are as yet unknown. For example, memory B cells are a type of white blood cell created in lymph nodes or spleens during an infection. They stick around for years and allow rapid and strong antibody-related responses to re-infection by the same virus or bacteria. In contrast, plasma cells are much more numerous and help during an initial infection by producing antibodies, although they too can exist for long periods of time in the body. Kurosaki and his team focused their research on understanding what causes activated B cells, called germinal center B cells, to become memory B cells, plasma cells, or to be recycled.