Home » Health News » The Latest: Germany hopes for opening-up by late May 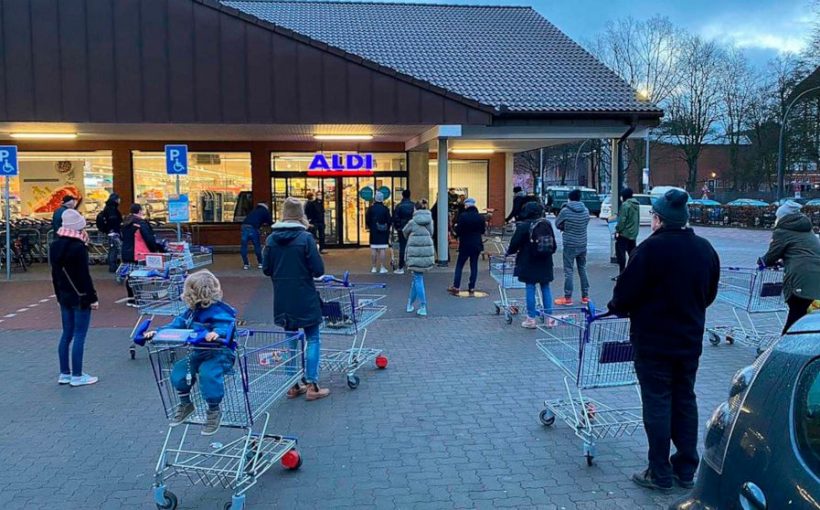 BERLIN — German Chancellor Angela Merkel’s chief of staff says he is “very skeptical” about prospects of people traveling at Easter but expects the situation will have changed by late May.

Merkel and Germany’s state governors this week agreed to extend lockdown measures until March 28, while laying down a roadmap for relaxing some rules in areas with relatively low infections. But many issues have yet to be addressed.

Merkel’s chief of staff, Helge Braun, told the Funke newspaper group in an interview published Saturday that he is “very skeptical as far as travel at Easter is concerned.” Easter falls on the first weekend in April this year.

But he said he expects “that we can talk in a significantly more relaxed way about travel and leisure from Whitsun,” on May 23.

Braun said that Germany could return to full normality in the summer — if vaccine manufacturers keep to their delivery pledges and no new coronavirus mutation arises “that raises questions over the whole success of vaccination.”

Germany so far has given 5.7% of its population a first dose of vaccine and 2.8% two doses. A fall in new coronavirus cases has stalled as a more contagious variant first detected in Britain spreads.

HERE’S WHAT ELSE IS HAPPENING:

DHARMSALA, India — The Dalai Lama, the 85-year-old Tibetan spiritual leader, has received the first shot of the coronavirus vaccine at a hospital in the north Indian hill town of Dharmsala.

After receiving the injection, he urged people to come forward, be brave and get vaccinated.

Dr. G.D. Gupta of Zonal Hospital, where the shot was administered, told reporters that the Dalai Lama was observed for 30 minutes afterward.

Ten other people who live in the Dalai Lama’s residence were also vaccinated, Gupta said. All eleven received the Covishield vaccine, which was developed by Oxford University and U.K.-based drugmaker AstraZeneca, and manufactured by India’s Serum Institute.

COLOMBO, Sri Lanka — Sri Lanka says it will receive 264,000 doses of Oxford-AstraZeneca vaccines on Sunday as its first batch of COVID-19 vaccines under the COVAX Facility.

The vaccines, which are being delivered through UNICEF, mark the first allocation of 1.44 million doses of vaccines from the COVAX Facility the Indian Ocean island nation will receive, said the ministry of health. The doses will be procured in stages until May.

Sri Lanka has so far received 1 million doses of Oxford-AstraZeneca vaccines manufactured in neighboring India, which donated half of the doses. Sri Lanka purchased the balance from India’s Serum Institute.

Sri Lanka began its inoculation drive in January, giving the vaccine first to front-line health workers. So far, more than 600,000 of the country’s 22 million people have been vaccinated.

TORONTO — The head of the vaccine program for Canada’s most populous province expects to get every adult in Ontario a first vaccine shot by June 20.

Ontario and provincial governments in the country are extending the interval between the two doses of Pfizer, Moderna and AstraZeneca vaccines to four months rather than three to four weeks so they can quickly inoculate more people.

Retired Gen. Randy Hillier says by the first day of summer he wants everyone in Ontario who is eligible to get a dose. Hillier says the first dose offers an incredible level of protection.

Canada is also getting a fourth vaccine to prevent COVID-19 as the country’s health regulator has cleared a Johnson & Johnson shot that works with just one dose instead of two.

HELENA, Mont. — Educators in Montana will begin receiving COVID-19 vaccines next week through a federal partnership with pharmacies.

President Joe Biden announced the program earlier this week, with the goal of vaccinating all teachers and child care staff by the end of March. The federal vaccine program is open to Montana educators even as the state has not made its vaccine allotment available to teachers.

Montana was one of at least a dozen states that had not prioritized teachers as of Biden’s announcement.

The Missoulian reported Friday that in Missoula County, Granite Pharmacy has enough vaccine doses to vaccinate all 2,000 county teachers.

CHASKA, Minn. — Minnesota Health officials said Friday they are recommending a two-week pause on youth sports in Carver County, after the county has seen a recent outbreak of a variant of the COVID-19 virus.

Health officials said that since late January, the county has recorded at least 68 cases of the COVID-19 variant first identified in the United Kingdom. Those cases have been linked to sports including hockey, wrestling, basketball, alpine skiing and others. Health department data shows from Feb. 24 through Thursday, there was a 62% increase in COVID-19 cases in the county.

Due to the risk that the outbreak has spread to other counties, health officials are also recommending that other youth sports participate in active screening, weekly testing of athletes and coaches, and hold no gatherings before or after games.

COLUMBIA, South Carolina — Gov. Henry McMaster lifted mandates Friday on face coverings in South Carolina’s government office buildings and restaurants, leaving it up to state administrative officials and restaurant operators to develop their own guidelines related to the coronavirus pandemic.

The executive order essentially reversed similar guidance from the governor issued in July, when McMaster made it a requirement that anyone entering a state office building, as per guidelines developed by the Department of Administration. At that time, McMaster also issued a similar edict for restaurant-goers and employees.

But, given South Carolina’s declining number of COVID-19 cases, as well as the rising number of residents who have been vaccinated against the virus, McMaster said it was time to begin loosening more mandates – while still maintaining his recommendation that all South Carolinians wear face coverings in public settings where social distancing isn’t an option.

The move is the latest in McMaster’s latest efforts to undo many of the restrictions instituted with the aim of curbing the pandemic. Late last month, he lifted restrictions on late-night alcohol sales and gatherings of more than 250 people, encouraging people “to make responsible decisions.”

LAS VEGAS —- Nevada Gov. Steve Sisolak is marking a year since COVID-19 was detected in the state as a “somber milestone and anniversary.”

The Democratic governor issued a statement to mark the anniversary of the first presumptive positive case of the coronavirus was detected in Nevada. In the year since, the state has reported 295,460 cases of the virus and 5,020 deaths.

Sisolak said that while the pandemic was one of the greatest challenges the state has ever faced, Nevada has not been broken and is working to overcome all the big challenges it faces, including the big hit to the state’s tourism industry.

NEW YORK — A new national study adds strong evidence that mask mandates can slow the spread of the coronavirus, and that allowing dining at restaurants can increase cases and deaths.

The Centers for Disease Control and Prevention released the study Friday. It looked at counties placed under state-issued mask mandates and at counties that allowed restaurant dining — both indoors and at tables outside. The agency’s director says it shows decreases in cases and deaths when people wear masks. And it found increases in cases and deaths when in-person restaurant dining is allowed. The study was released just as some states are rescinding mask mandates and restaurant limits.

The scientists found that mask mandates were associated with reduced coronavirus transmission, and that improvements in new cases and deaths increased as time went on.

The reductions in growth rates varied from half a percentage point to nearly 2 percentage points. That may sound small, but the large number of people involved means the impact grows with time, experts said.

Gery Guy Jr., a CDC scientist who was the study’s lead author, says the delay could be because restaurants didn’t reopen immediately and because many customers may have been hesitant to dine in right away.

NEW YORK — After growing cobwebs for nearly a year, movie theaters in New York City are reopening, returning film titles to Manhattan marquees that had for the last 12 months read messages like “Wear a mask” and “We’ll be back soon.”

As of Friday, cinemas in the city are operating at only 25% capacity, with a maximum of 50 per each auditorium. As in other places, mask wearing is mandatory, seats are blocked out and air filters have been upgraded.

For a theatrical business that has been punished by the pandemic, the resumption of moviegoing in New York — is a crucial first step in revival. Screens had been closed there for almost a year.

Less than half of movie theaters are open nationwide, but reopenings are quickening.