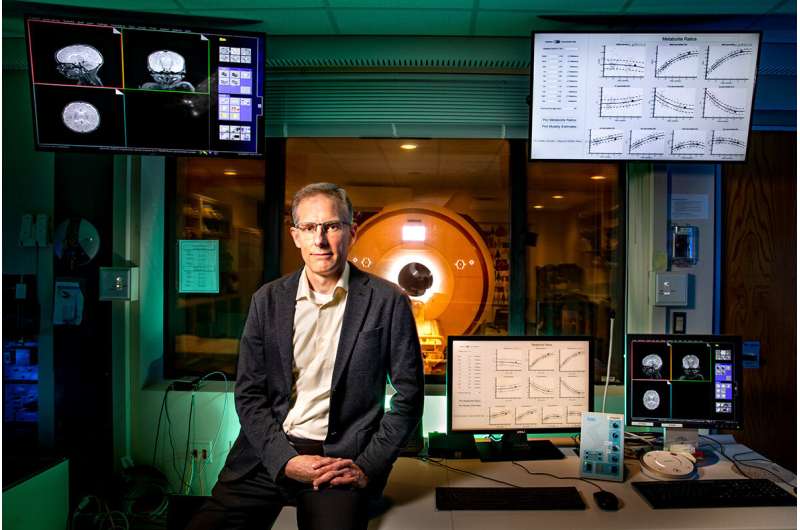 Researchers have created a new, open-access tool that allows doctors and scientists to evaluate infant brain health by assessing the concentration of various chemical markers, called metabolites, in the brain. The tool compiled data from 140 infants to determine normal ranges for these metabolites.

Published in the journal NMR in Biomedicine, the study describes an easier and more reliable way to evaluate metabolite concentrations in the infant brain than was previously available, said study lead Ryan Larsen, a researcher at the Beckman Institute for Advanced Science and Technology at the University of Illinois Urbana-Champaign.

Metabolites play an important role in normal brain growth, development and function, said study co-author Dr. Ellen Grant, the director of the Fetal Neo-Natal Neuroimaging and Developmental Science Center at Boston Children’s Hospital and a professor of radiology and of pediatrics at Harvard Medical School. High or low metabolite levels in the brain may be the first sign of problems with brain function or development.

“For example, we look at choline, which plays a role in building myelin, the sheath that allows electrical impulses to travel along neurons,” Grant said. “Another metabolite, called NAA, is important to the healthy growth and proliferation of dendrites, the branches on neurons that receive signals from other neurons.”

By measuring the concentration of key metabolites like these, researchers can spot some problems early—allowing interventions in time to prevent damage to the growing brain, she said.

Assessing metabolites in the brain normally involves proton magnetic resonance spectroscopy, a technology that uses an MRI not for visual imaging but to detect and identify specific molecules in the tissues of interest. The most common approach requires extensive imaging and detailed calculations of the amount of water inside and outside brain tissues to standardize these measures, a costly and time-consuming approach.

To address this difficulty, Grant and study co-author Borjan Gagoski, a radiology instructor at Boston Children’s Hospital, used proton MRS to scan the brains of 140 infants at approximately one month and three months of age. In addition to using water as a reference, the team also compiled data from several key metabolites in their calculations. This allowed them to create a tool that makes use of standard values for several metabolites when assessing the concentration of any one metabolite in an infant’s brain.

Instead, the team painstakingly assessed relationships between seven key metabolites to build a database of normal values for each one at different time points, and to show how metabolite concentrations change in relation to one another as the infant’s brain develops.

The tool the team developed offers a checklist of reference brain metabolites that users can select in different combinations to more clearly understand an individual infant’s profile.