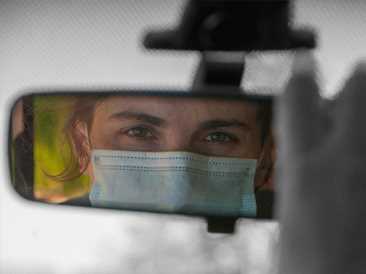 Researchers have modeled how opening different windows affects airflow inside a car, which may help reduce SARS-CoV-2 transmission between people traveling together. 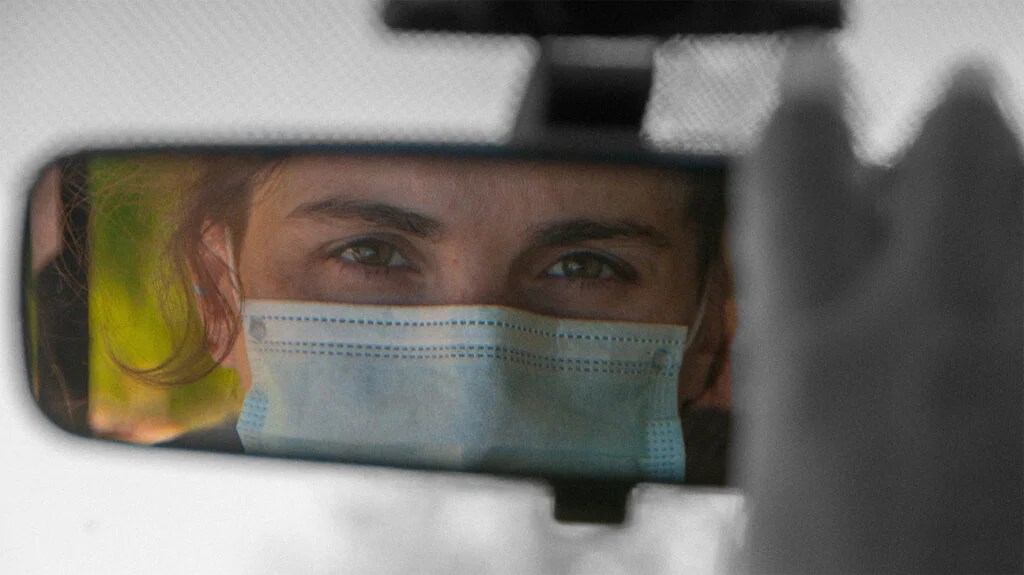 In a new study, researchers have modeled how airflow within a car is affected by open windows, enabling them to estimate the best way to reduce the transmission of airborne pathogens such as SARS-CoV-2.

The research, which appears in the journal Science Advances, will help improve the safety of people who need to travel together during the COVID-19 pandemic.

The COVID-19 pandemic has profoundly changed human behavior. Many everyday activities now carry significant risks due to the likelihood of contracting SARS-CoV-2.

A fundamental way the virus spreads is through the air. This can either be via droplets produced as people cough, sneeze, and sing. Or they can spread within tiny aerosols, which can be produced by people breathing.

Aerosols are particularly concerning because their small size means they can travel greater distances and stay longer in the local atmosphere compared with droplets.

Scientists believe this is especially an issue indoors, as the lack of ventilation compared to being outside means there is a greater chance of higher concentrations of the virus building up.

Consequently, advice from the Centers for Disease Control and Prevention (CDC) has been to reduce spending time indoors with other people, and where this is unavoidable, maintain social distancing and wear a face mask.

However, while a properly worn mask will reduce the chances of a person inhaling or exhaling the virus, it does not minimize the risk altogether.

As a consequence, scientists are now considering how to increase the ventilation of indoor spaces to reduce the virus building up at high levels within the local atmosphere.

In the present study, the researchers looked specifically at the inside of a car shared by two people.

The researchers wanted to understand how opening the four windows of a typical five-seater car affects airflow, and therefore how it might influence the relative risk of the two people passing the virus between them.

To do this, the researchers used a series of computational fluid dynamics simulations based on different configurations of open and closed car windows.

The researchers presumed that the two people would be seated as far apart as possible, with the driver in the front left seat and the passenger in the rear right seat. The car, modeled on a Toyota Prius, was assumed to be traveling 50 miles per hour.

The researchers looked at how the airflow in the different simulations affected how much of a passive “tracer” — representing exhaled breath from people in the car — would travel from one person to the other.

As a baseline, the researchers used a simulation where all four windows were closed. The team also turned on the air conditioning.

The researchers found that having all the car windows open was most effective at reducing the concentration of the virus. However, opening any combination of windows was better than having them all closed.

According to Asimanshu Das, a graduate student in the School of Engineering at Brown University, RI, and co-lead author of the research: “[d]riving around with the windows up and the air conditioning or heat on is definitely the worst scenario, according to our computer simulations.

“The best scenario we found was having all four windows open, but even having one or two open was far better than having them all closed.”

Having the windows open helped because it increased the frequency with which the airflow inside the car changed. However, the researchers also found that different combinations of open windows produced different air currents within the vehicle that also had a significant effect.

Because the researchers assumed the driver and passenger were sitting on different sides of the car, this helped reduce the chances of virus transmission.

Interestingly, while opening the nearest window to each person in the car was better than having all the windows closed, the researchers found it was better to have the window on the opposite side of each person open.

According to Prof. Kenny Breuer, a professor of engineering at Brown and a senior author of the research: “[w]hen the windows opposite the occupants are open, you get a flow that enters the car behind the driver, sweeps across the cabin behind the passenger, and then goes out the passenger-side front window.

“That pattern helps reduce cross-contamination between the driver and passenger.”

However, the researchers note the limitations of their study. They did not assess the likelihood of a person acquiring SARS-CoV-2 from another person in the car. They only modeled how the airflow within the vehicle might affect particle transmission from one person to another.

Therefore, wearing a mask is still important, and traveling close to another person should be avoided where possible.

Nonetheless, the research may be valuable for helping people make an informed choice in situations where traveling with another person is unavoidable.