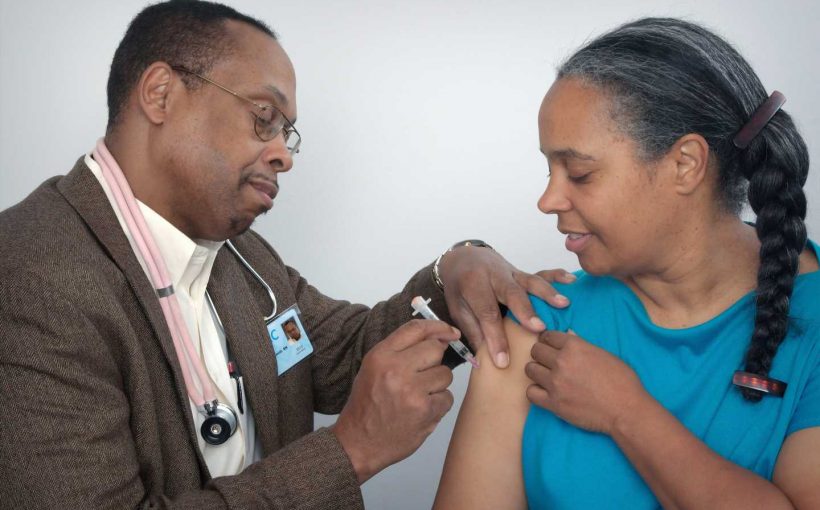 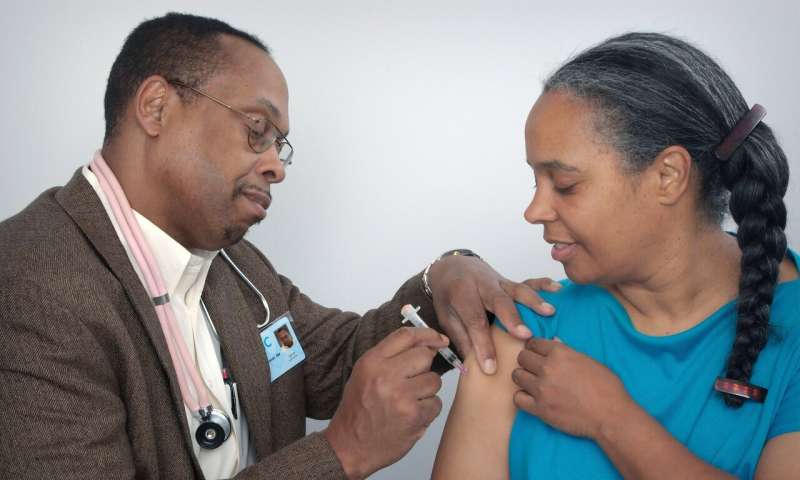 Almost seven in 10 Americans would be interested in receiving a COVID-19 vaccine when one becomes available, according to a new study. But researchers say there are concerning gaps in interest, particularly among Black Americans, who suffer disproportionately from the virus.

Researchers from The Ohio State University surveyed more than 2,000 Americans in May, asking them about their willingness to be vaccinated and 11 factors that could influence that decision. They found that 1,374 out of 2006 people in the survey, 69%, said they would “definitely” or “probably” get a vaccine. The survey found that 17% were “not sure” and 14% were “probably or “definitely” not willing.

The study, one of the first estimates of COVID-19 vaccine acceptance in the U.S., appears online in the journal Vaccine.

Lead researcher Paul Reiter, an associate professor of health behavior and health promotion, said he suspected there would be higher-than-normal interest in this vaccine, considering the nature of the pandemic and the severity of illness many people have experienced.

“The interest here is higher than what we typically see for flu vaccine and other vaccines where there is a strong public health need for widespread protection,” he said.

The strongest predictors of whether someone said they’d accept a vaccine were how well the vaccine works and whether their health care provider would recommend it. Individuals’ perceived personal health threat from COVID-19 also played strongly into their willingness to be vaccinated, the researchers found.

“That aligns with what we see in public health in a variety of areas—if someone perceives themselves to be at a higher risk of a health issue, that’s going to make them more likely to engage in the health behavior, in this case vaccination,” Reiter said.

One of the more unexpected findings in this study—and something that isn’t typical of public health research—is the correlation between political affiliation and willingness to adopt a public health intervention, Reiter said. Respondents who identified as liberal or moderate were significantly more likely to accept a vaccine.

The most worrisome finding was among Black survey respondents, as only 55% said they were willing to get a vaccine.

“Given the disproportionate burden of COVID-19 infection and death among Black Americans, it’s concerning to see that Black survey participants had less interest in a vaccine,” Reiter said.

“I think there are likely several factors at play, including access to care and trust in health care and potential socioeconomic barriers.”

Reducing such barriers is important since only 35% of participants in the study would pay $50 or more out-of-pocket for a COVID-19 vaccine, Reiter said.

As of the first week of September, 10 states had indicated plans to offer free vaccines when they become available, according to KFF (formerly known as the Kaiser Family Foundation.)

Reiter said public health leaders and policymakers can look to this study as they shape efforts to communicate the benefits (and any risks) of a COVID-19 vaccine, once one is approved for general use.

“You hear a lot of talk of vaccination and the benefits of herd immunity, the idea that when enough people have resistance to a virus it reduces the threat to the entire population. At 70%, we may or may not get there,” Reiter said.

That makes it especially important to work toward educational efforts, the elimination of obstacles and other strategies to increase the chances of vaccination among those who face increased risks of severe illness or death. If the vaccine against COVID-19 requires more than one dose, it will present even more challenges, he said—a reality that has been made clear in recent years with efforts to fully vaccinate young people against HPV to help prevent cancer. The HPV vaccine requires at least two doses, and three when given later in the teen years.

Though the survey was conducted four months ago, Reiter said he doesn’t expect much has changed in terms of public perception.