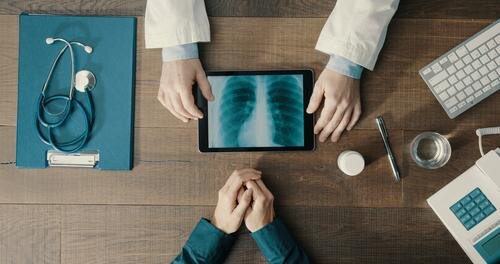 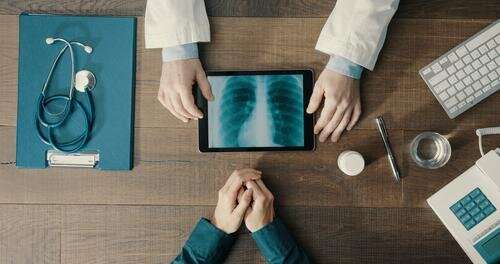 Don’t underestimate the lifesaving ability of cancer screening. For lung cancer and prostate cancer, screening is recommended across the EU, based on the most up-to-date evidence. Also, existing cervical, breast and colorectal cancer screening programs can be improved, according to an expert report to the European Commission.

In 2020, 2.7 million citizens in the European Union were diagnosed with cancer, and 1.3 million people lost their lives to cancer. Most EU countries now screen for cervical cancer, breast cancer and colorectal cancer. But the new scientific advice supports updating screening advice for all Member States. Earlier diagnosis saves lives.

“There is no process to detect lung cancer early right now,” said Professor Harry de Koning, cancer scientist at Erasmus MC in the Netherlands. “Lung cancer is simply detected by symptoms.” Unfortunately, if a person has a persistent cough or blood from the lungs the cancer is likely advanced, with little chance of a cure.

A new report recommends screening be introduced for lung and prostate cancers, and that existing programs for breast, cervical and colorectal cancer be improved. Such changes across Europe will detect more cancers, earlier.

Earlier detection is a game changer. Low-dose CT scanning can pick out 85 to 90% of lung cancers four years earlier. If you find the cancer early enough, advised Prof. de Koning, robotic surgery with small incisions can remove just part of a patient’s lung and cure the disease.

Perhaps the biggest change is that there is now strong scientific evidence for introducing lung screening with computer tomography (CT) scanning for current and ex-smokers. This could have the biggest impact in terms of lives saved.

A lung cancer screen will also give doctors an opportunity to talk to tobacco smokers about quitting, and screening can save the lives of those who quit many years ago. “Even those who stopped smoking 30 to 40 years ago, unfortunately, are still at risk of lung cancer,” explained Prof. de Koning, who was involved in expert discussions on screening.

The approach to screening will vary between countries and regions, said Dr. Éva Kondorosi, a biochemist and research professor at the Biological Research Centre of the Hungarian Academy of Sciences. She is also a member of the Group of Chief Scientific Advisors to the European Commission who helped lead the assessment. “There is so much difference in consumption of cigarettes and also incidence of lung cancer,” she noted, that countries will need to devise their own programs.

“Population-based screenings are major tools to help detecting cancer early, which in turn gives the best chances of survival,” said Dr. Kondrosi in support of the Scientific Opinion released on 2 March.

Another recommendation, drawn up by the Scientific Advice Mechanism of the EU, is to screen for prostate cancer using blood tests. Though controversial in the past, a test based on detection of prostate-specific antigen (PSA), a protein produced by the prostate gland, is highly effective in identifying men who would benefit from further magnetic resonance imaging (MRI) scanning tests.

Knowing who to screen is important, as a positive test in men aged over 80 years of age is not helpful. But it is hugely beneficial to younger men. Like lung cancer, symptoms of prostate cancer only come when the disease is at a late stage. “That’s why you need to do these tests earlier, to find it earlier,” said Prof. de Koning, who co-chaired the expert group.

When evidence changes, medical advice should change. Until recently, most breast cancer screening programs in Europe began in women aged 50 or so. The advice now is that mammography screening should begin in women in their mid to late 40s, and that an MRI scan should be considered for women with dense breast tissue.

It is normal for some women, perhaps 10%, to have especially dense breast tissue. But this makes cancer difficult to detect using mammographs. “A big trial we ran in the Netherlands showed the value of MRI screening in these women,” said Prof. de Koning, reported here. Putting extra resources into MRI scans should save lives and money, according to the expert group.

Another improvement is to move away from smear tests, where cells are examined for signs of cervical cancer under a microscope. A more effective approach is to test for the presence of human papilloma virus (HPV) strains linked to cervical cancer. “Cervical cancer is rare without an HPV infection,” said Prof, Koning. “HPV testing is more sensitive and more effective than Pap smears.”

If HPV is detected, then a woman would need further tests. But testing for the virus can exclude those who are not at risk. Eventually, it is hoped that HPV vaccines will almost eliminate this cancer.

A fifth recommendation is for colorectal cancer screening. This involves transitioning towards the fecal immunochemical test, as well as adjusting what constitutes a positive test and the frequency of testing by age, sex and previous test results. “In many countries, you can now do this test yourself and post it back to the laboratory,” said Prof. Koning. “And it’s a better test.”

Experts hope that in future blood tests will be able to identify tell-tale signs of these cancers. Dr. Kondorosi notes that pancreatic cancer is difficult to recognize and often fatal within a few months of being diagnosed. “If we can learn how to screen for it, this would save a lot of lives,” she adds. There is a clinical trial looking at a blood test for this cancer and guidance might change in a year or two, she notes.

The recommendations came after a review of scientific studies and clinical trials and discussions among dozens of top experts at three separate workshops, as well as patient groups.

Dr. Kondorosi said that almost all Member States run screening programs for breast, colorectal and cervical cancer, but that in some countries, participation could be better. She hopes that the official guidance will assist countries in introducing improvements and saving lives.

The overall economic impact of cancer in Europe is estimated to vault €100 billion each year. Lives lost to cancer will rise by more than 24% by 2035, it is estimated, making it the leading cause of death in the EU.