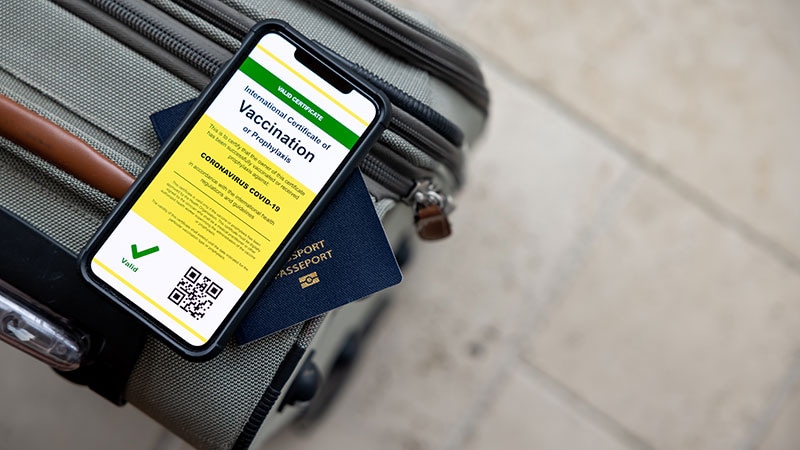 SPRINGFIELD, Ill. (AP) — Gov. J.B. Pritzker on Monday signed into law a change to the Illinois Health Care Right of Conscience Act that would allow those who refuse the COVID-19 vaccine to potentially face repercussions.

The law was adopted in 1978 to protect physicians from penalty or discipline for refusing to perform abortions because of a religious or moral objection. Democratic Attorney General Kwame Raoul asked Pritzker to encourage legislation to make clear the law was not intended to cover a contagious and deadly pandemic.

“Masks, vaccines, and testing requirements are life-saving measures that keep our workplaces and communities safe,” said Pritzker, who thanked lawmakers for ensuring the law “is no longer wrongly used against institutions who are putting safety and science first.”

Lawsuits have been filed by employees claiming they cannot be punished for refusing the shot because the law provides a conscience-based exemption. Some workers have even claimed exemptions from taking preventive steps such as wearing face coverings or testing for a coronavirus infection.

Exemptions are being allowed under the Civil Rights Act around the country. Two key cases invoking the U.S. Constitution’s Free Exercise of Religion clause are proceeding in Maine and New York. Both could be headed for the U.S. Supreme Court.

“I hope this provides clarity to the situation as we work to protect the public’s health and beat back this pandemic that has taken so much from us,” said Senate President Don Harmon, an Oak Park Democrat.

The law doesn’t take effect until June 1, 2022. Democrats wanted an immediate effective date but the state constitution requires more votes than they could garner in floor action. Republican critics claim that leaves the door open for more lawsuits. Another vote after Jan. 1 could make the law effective then because fewer votes would be needed.