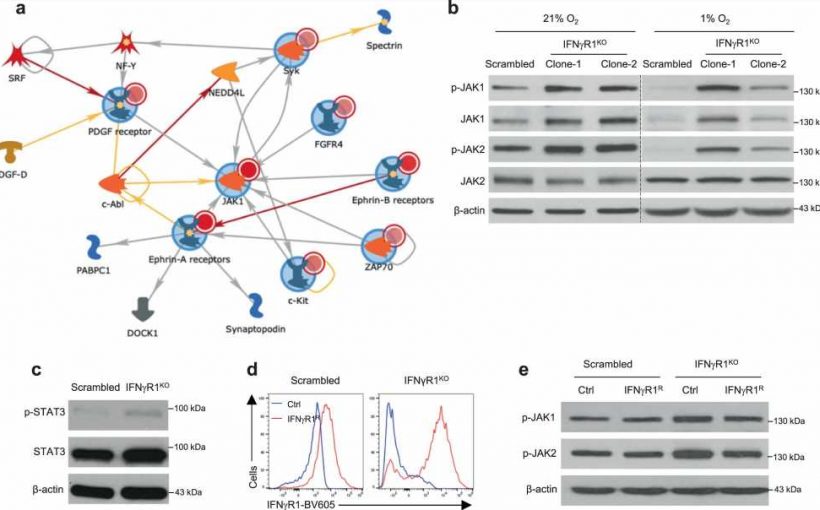 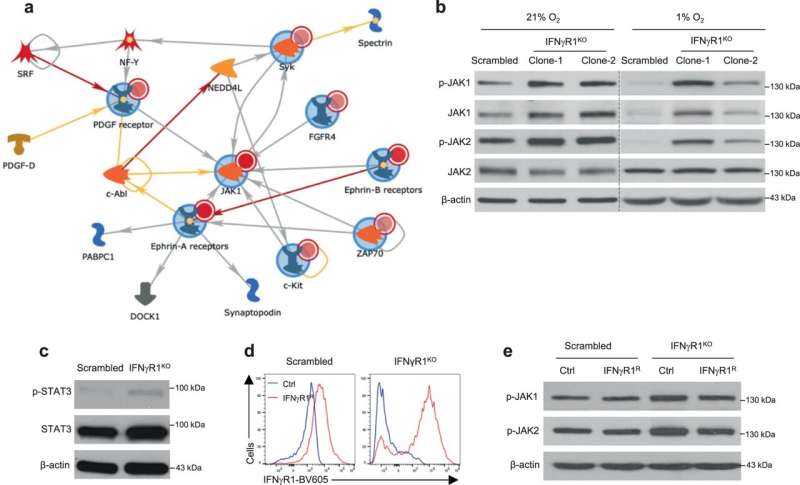 Over the last decade, immune checkpoint blockers, or ICBs, have revolutionized treatment for various advanced cancers, including melanoma, the most aggressive skin cancer that was considered largely incurable not long ago. However, three-fourths of advanced-melanoma patients are resistant to ICBs.

“Since ruxolitinib is clinically approved and being tested in patients with advanced solid tumors, non-small-cell lung cancer and triple-negative breast cancer, our study justifies further testing of ruxolitinib in patients with advanced melanoma that are resistant to ICBs,” said Lewis Zhichang Shi, M.D., Ph.D., an associate professor in the University of Alabama at Birmingham Department of Radiation Oncology.

Shi notes that ruxolitinib will likely need to be combined with other therapeutic modalities to achieve a long-term cure.

For half a dozen years, it was known that tumor loss of interferon-gamma signaling was a major mechanism of resistance against two ICB drugs, anti-CTLA-4 and anti-PD-1. However, ways to overcome this resistance remained elusive.

So researchers led by Shi and UAB Department of Radiation Oncology Chair James A. Bonner, M.D., created a cleaner mouse melanoma model by knocking out the receptor gene for interferon-gamma signaling. They used this improved knockout model—called IFNγR1KO—to probe the mechanisms of ICB resistance and how the IFNγR1KO melanomas alter the response of TILs to ICBs.

Compared to non-knockout melanomas, the mouse IFNγR1KO melanomas showed reduced infiltration of TILs such as CD8 killer T cells, and the TILs had reduced immune activity against the tumors. This revealed that normal interferon-gamma signaling in the melanoma plays an important role in shaping TILs. To corroborate these preclinical findings, the researchers, in collaboration with Zechen Chong, Ph.D., an assistant professor in the UAB Department of Genetics and Informatics Institute, also did bioinformatics analysis of human melanoma data from The Cancer Genome Atlas. They found that melanomas with attenuated interferon-gamma signaling also had decreased expression of T cell signature genes, indicating reduced T cell infiltration and function.

Mechanistically, the IFNγR1KO mouse melanomas had a network of continuously active protein tyrosine kinases that centered on activated JAK1/2 kinases, and this intracellular signaling pathway was mediated by activated mTOR signaling.

Shi and Bonner say they now are actively soliciting clinical interest in exploring JAK1/2 inhibition as a strategy to bypass ICB resistance in melanoma patients, a pressing unmet medical need.