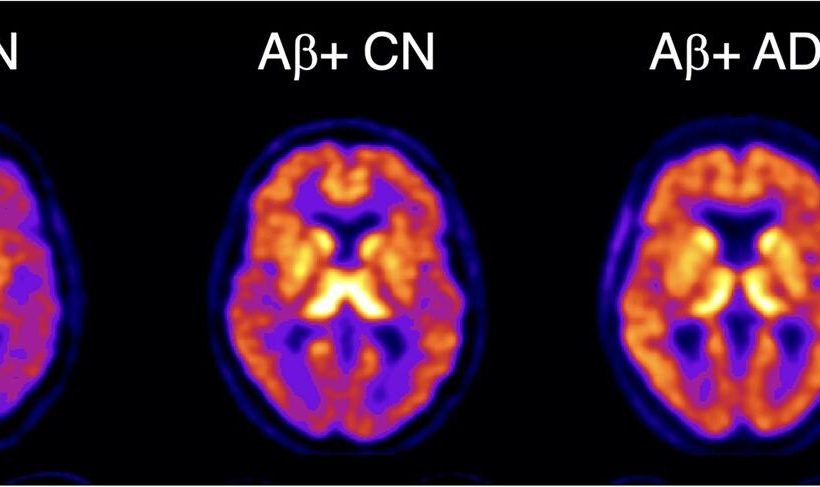 A new highly selective PET imaging agent can detect the presence of overexpressed monoamine oxidase-B (MAO-B) in cognitively unimpaired individuals with high beta amyloid (Ab)—one of the earliest signs of Alzheimer’s disease—according to research published in the October issue of the Journal of Nuclear Medicine.

The newly developed 18F-SMBT-1 radiotracer is highly selective for MAO-B and as a result has increased binding to reactive astrocytes. “This increased binding suggests that 18F-SMBT-1 can potentially be used as a surrogate marker to detect reactive astrogliosis in Alzheimer’s disease,” noted Victor Villemagne, MD, professor of psychiatry at the University of Pittsburgh in Pittsburgh, Pennsylvania.

Participants underwent several types of imaging, including 18F-SMBT-1 PET, Ab PET, tau PET, and MRI. Images were normalized and statistical analyses conducted to assess 18F-SMBT-1 binding in relation to Ab and tau pathology burden. 18F-SMBT-1 was found to be highly correlated with Ab burden, and much less with tau burden.

“It’s of note that the brain regions where we saw this higher 18F-SMBT-1 binding in the control group are regions known for early Ab deposition. This suggests that reactive astrocytes are associated with early Ab deposition at the preclinical stages of Alzheimer’s disease and likely play a role over clinical progression,” said Villemagne.