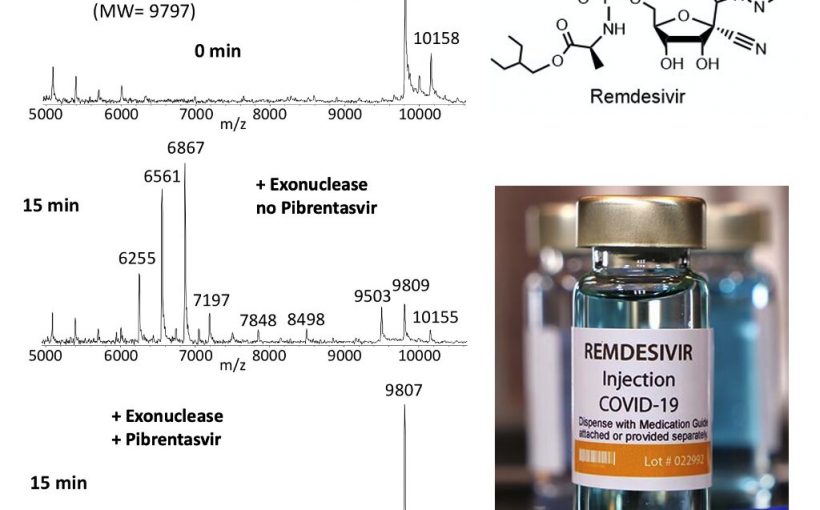 “COVID has created an unprecedented public health crisis, with severe effects on the global economy and infrastructure; however, we can use the power of science to stop this pandemic,” says Columbia team leader Jingyue Ju, Samuel Ruben-Peter G. Viele Professor of Engineering; professor of chemical engineering and pharmacology; and director, Center for Genome Technology & Biomolecular Engineering.

“We expect drug combinations like the ones we found will powerfully inhibit RNA viruses such as SARS-CoV-2 and other coronaviruses that could lead to future pandemics. Because polymerase and exonuclease are highly conserved enzymes in coronaviruses with very rare mutations appearing in variants, we anticipate that therapeutics developed to target these enzymes should be widely applicable to all coronaviruses with the potential to cause serious disease.”

SARS-CoV-2, the coronavirus causing the global COVID-19 pandemic, uses a protein called polymerase to replicate its RNA genome inside infected human cells. In theory, terminating the polymerase reaction should stop the propagation of the coronavirus, leading to its eradication by the human host’s immune system. However, SARS-CoV-2 has two key enzymes that allow it to replicate: the polymerase which reproduces its RNA and a proofreading exonuclease that corrects errors in the replication process.

The presence of the exonuclease for proofreading is unique to the coronaviruses and is needed to reduce the number of mutations and thereby maintain the integrity and function of the large RNA genomes of coronaviruses. Thus, the vaccine approach has been quite effective in containing the COVID-19 pandemic because the coronaviruses do not mutate as frequently as influenza virus and HIV, which have no proofreading function and therefore mutate more frequently.

Nucleotide-based viral polymerase inhibitors are very successful drugs for treating HIV and hepatitis viruses B and C infections. However, because of the presence of the proofreading exonuclease in SARS-CoV-2, which can remove these inhibitors from the RNA, the polymerase inhibitor Remdesivir, the sole FDA-approved drug for COVID-19, is not as effective as hoped for in preventing serious disease. If the exonuclease could be concurrently inhibited or its activity evaded, viral replication would be more efficiently blocked.

The research team, led by Ju and Dr. Thiago Souza, Full Researcher at the Oswaldo Cruz Institute’s Center for Technological Development in Health, decided to investigate whether the combination of polymerase and exonuclease inhibitors could work together to inhibit replication of SARS-CoV-2 more effectively, or if polymerase inhibitors with certain modifications could resist removal by the exonuclease. The Columbia Engineering team conceived the overall project and performed the molecular-level studies to identify interactions among the inhibitors and enzymes, using a novel mass-spectrometry-based approach. The Brazilian team designed and conducted the cellular studies to measure the inhibitory effects of drug combinations on virus reproduction. Dr. Thomas Tuschl’s group at Rockefeller University and Dr. Dinshaw Patel’s team at Memorial Sloan Kettering Cancer Center produced the polymerase and exonuclease complexes used in the molecular studies.

Souza’s group demonstrated that the polymerase and exonuclease inhibitors work together to block the virus’s ability to reproduce in infected lung cells. “While these results were obtained in a cell culture model, we purposely chose inhibitors already approved as drugs for treatment of other common virus infections, such as those caused by HIV and hepatitis viruses, with the aim of being able to quickly advance them to clinical trials,” Souza noted.

The team is now exploring whether the enhanced antiviral effects of the combination drugs can be demonstrated in a COVID-19 animal model, with acceptable pharmacological properties. If the results are positive, these drugs can be moved rapidly to clinical trials as they have been previously approved for treatment of other viral infections. They have also established an initiative with a consortium of pharmacologists, virologists, medicinal chemists, and structural biologists to develop new therapeutics with enhanced potency and safety profiles for COVID-19 based on the discoveries reported in this study.