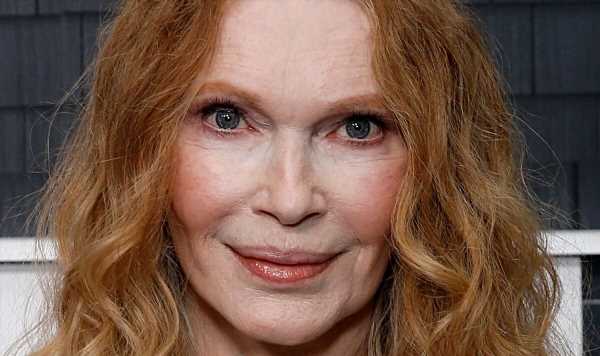 Mia Farrow Through the Years

At 77, Mia Farrow has worked on polio vaccination campaigns around the world and is a UNICEF Goodwill Ambassador. In a Tweet, she posted: “The year after I had polio, a new vaccine was released. Parents rushed to get their kids vaccinated.” The Twitter post, shared on August 21, 2021, stated: “Polio is now gone from our country [America] and most of the world… It was a gift – a blessing.”

In the UK, polio is “very rare because of the vaccination programme”, the NHS says.

Considered a “serious infection”, the health body notes that the contagious virus may not cause any symptoms.

Some people, however, might develop mild, flu-like symptoms such as:

Polio can lead to weakness in the muscles, usually in the legs, and if the paralysis affects the muscle for breathing, it can be life threatening.

“Polio can cause long-term or lifelong difficulties,” the NHS cautions. “Some people may be permanently paralysed.”

Difficulties can include: muscle weakness, problems with the joints, and swallowing issues.

Farrow contracted the disease when she was nine years old, in the summer of 1954.

In her memoir, What Falls Away, Farrow shared her childhood experience of surviving polio.

Talking about the ordeal to the New York Post, back in 2000, Farrow said: “I perhaps am more motivated than most people because I had polio myself.

“And it was a real struggle to come through it; what I saw will never leave me — in the hospitals and in the public wards for contagious diseases.”

How is polio spread?

“It usually spreads through contact with the poo of an infected person,” the NHS explains.

“For example, from not washing your hands properly and putting them in your mouth, or from contaminated food or water.

“It can also spread through coughs or sneezes, but this is less common.”

Most people have been fully vaccinated against polio, and the disease was eradicated from Europe in 2003.

In order to be fully vaccinated against polio you need five vaccinations.

“You can contact your GP surgery to check if you, or your child, are up to date with your polio vaccinations,” the NHS says.

People who are not fully vaccinated should book an appointment with their doctor.

Vaccinations will be given for free on the NHS, and you can have the vaccination at any point if you’ve never had one before.