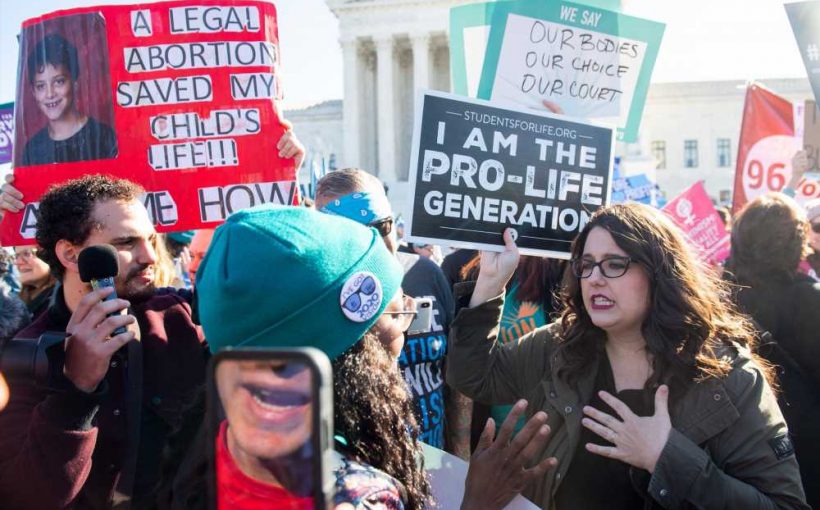 Voters in Louisiana and Colorado decided on two ballot measures that will affect abortion rights in their states.

In Louisiana, voters elected to add language to the Louisiana Declaration of Rights explicitly stating that the constitution does not protect the right to an abortion or require funding for abortions.

Colorado voters, meanwhile, supported access to abortions, rejecting a ballot measure that would ban abortions in week 22 of pregnancy or later. While the measure would have made exceptions if the pregnant woman’s life was at risk, there were none for cases of rape or incest, and doctors who performed abortions in the state could have faced fines up to $5,000, CNN reported.

Both decisions are a glimpse into the upcoming fight over access to safe and legal abortions that is expected with a newly conservative-leaning Supreme Court, following the confirmation of Justice Amy Coney Barrett. Though the vast majority of women — 99 percent — who had an abortion say it was the correct decision, and most Americans want to keep abortion legal with some limits, there is a chance that Roe v. Wade, the landmark 1973 Supreme Court case that provided the right to abortion will be overturned.

In Louisiana, voters agreed to the ballot measure with 62 percent of the vote. With the ballot measure in place, if Roe v. Wade is overturned by the Supreme Court, state courts will not be able to say that abortion restrictions are unconstitutional in Louisiana. Three other states — Alabama, Tennessee and West Virginia — already have similar language in their constitutions.

Anti-abortion activists in Louisiana have previously attempted to restrict access through lawsuits. In June, the state Supreme Court ruled that a ban stopping doctors from performing abortions unless they were permitted to admit patients at a nearby hospital was unconstitutional. A federal appellate court also struck down Louisiana’s attempt to ban abortions once a heartbeat is detected.

The decision was celebrated by anti-abortion groups like Louisiana Right to Life.

"What has changed today is the doors of the supreme court in the state are no longer open to abortion advocates who want supreme court justices to declare a right to abortion or even invalidate common sense laws like ultrasounds or parental consent before abortion," Ben Clapper, from the group, told 4WWL.

Pro-choice activists, on the other hand, emphasized that this measure does not mean that Louisiana residents have lost the right to an abortion.

"Abortion is still legal, people can still get abortions, however we do think this amendment will have some significant impact on the ability for advocates to expand access to abortion or to add protections, legal protections to people trying to access abortion," Michelle Erenberg, from Lift Louisiana, told the outlet.

Colorado’s ballot measure, meanwhile, was rejected with 59 percent of the vote. As one of the few states to protect access to abortions later in pregnancy, women with non-viable pregnancies living in other states will come to Colorado for life-saving abortions.

"We're all sighing a breath of relief this evening," Karen Middleton, executive director of the reproductive rights group Cobalt, told CNN. "I am grateful that Colorado voters have once again said no to intrusion on decisions about abortion access. Colorado will continue to remain a safe haven for people to access abortion care in a moment where we don't know what might happen at the Supreme Court."