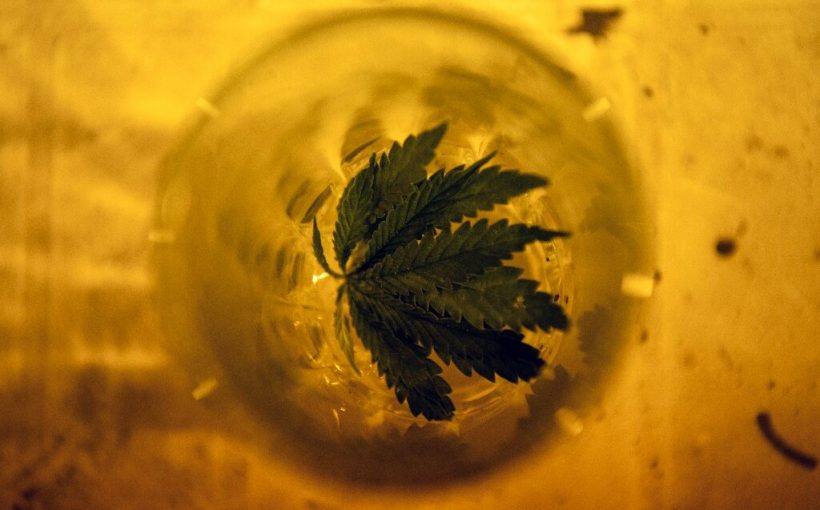 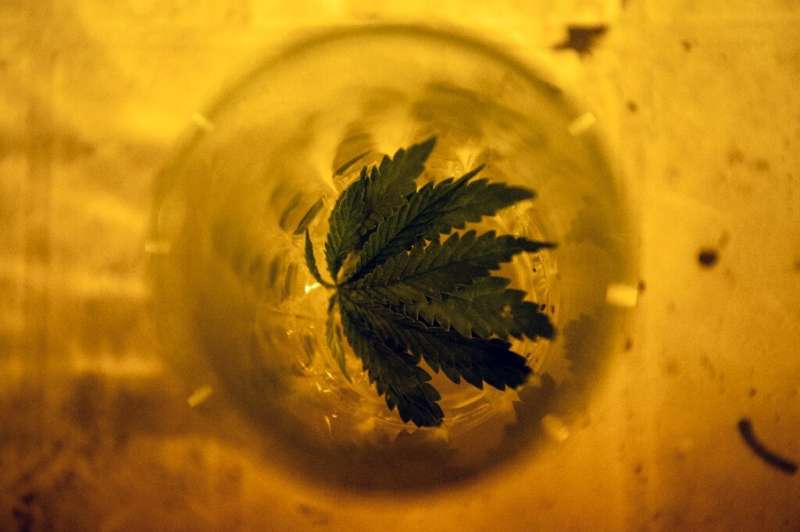 Uruguay was a pioneer in the legalization of recreational cannabis use, a move that helped to push many drug traffickers out of the domestic market.

But a bland and insufficient state supply has meant most consumers still prefer the diversity of the black market.

In 2013, Uruguay became the first country in the world to legalize recreational marijuana use—which came into effect four years later—even permitting its sale in pharmacies.

There are three legal ways for registered users to get hold of marijuana: purchasing it at pharmacies, through home growing for personal use, and by belonging to an official cannabis-producing club.

The most sought after legal method is membership of one of the 249 consumer clubs, which offer a greater variety to their 7,166 members than pharmacies do.

But many clubs have long waiting lists to join as they are limited by law to between 15 and 45 members.

Pulla, the treasurer and technical manager of a cannabis club in Montevideo—who uses a nickname to avoid falling foul of the ban on promoting cannabis use—explained that the waiting list “is an indicator that demand is not satisfied.”

“Many more people want to access the legal market who still cannot,” he said.

There are just over 14,000 registered home growers and another 49,600 people are registered to purchase marijuana at one of the country’s 28 approved pharmacies at around $10 for five grams—below the black market rate.

According to a study by the local IRCCA institute that regulates cannabis, only 27 percent of Uruguayan consumers buy their drugs through approved channels, a figure that reaches 39 percent when taking into account sharing with friends. 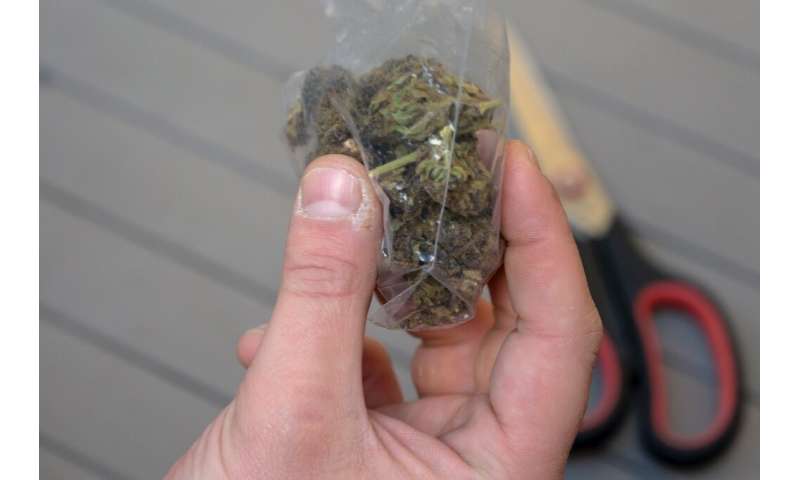 Joaquin, a cannabis user who purchases on the black market and goes by an alias, explained that one problem with the legal supply is the need to make an appointment at the pharmacy.

The black market is quicker and simpler. You “have a contact, talk to him and in the day, or the next day, coordinate and buy,” he said.

Buying on the black market does not necessarily mean getting involved with dangerous drug traffickers, though.

“There are many more domestic growers who are simply not registered” but have already overtaken trafficking networks in the sale of cannabis.

In that respect, “the main objective has been met: people can consume cannabis without needing to be linked with criminal organizations,” said Daniel Radio, secretary general of the National Drug Board.

The perception of the illegal market has also changed.

Agus, 28 and using an alias, said she originally registered to buy cannabis from pharmacies but now acquires it on the black market while growing her own plants despite not being registered. 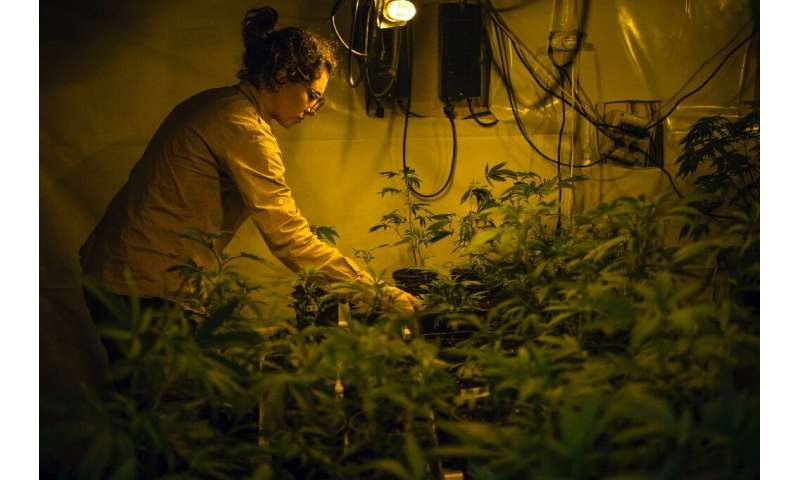 “I don’t see it as the black market,” she said. “It has good prices for what is sold and you don’t feel like you’re making use of drug trafficking.”

There is “a friend or an acquaintance who passes you a contact from someone who has flowers and sells them.”

Some people simply prefer to avoid registering, even though the information is used only for the study of consumption.

“The regulation of cannabis has been more effective than repression in terms of the blow to drug trafficking,” explained Mercedes Ponce de Leon, director of the Cannabis Business Hub, a platform charged with developing the drug’s ecosystem in the country.

However, Radio acknowledges that the black market preference of some users demonstrates limits to the current system.

Radio said users tend to be after a higher percentage of THC—tetrahydrocannabinol, the main psychoactive substance in the drug, which is limited to 10 percent in the pharmacy product—or more variety such as variants that produce different psychoactive effects.

“That conspires against the effectiveness of the system,” said Radio.

The government now plans to increase the THC percentage and offer greater variety in pharmacies by the end of the year to attract more recreational consumers to the formal market. 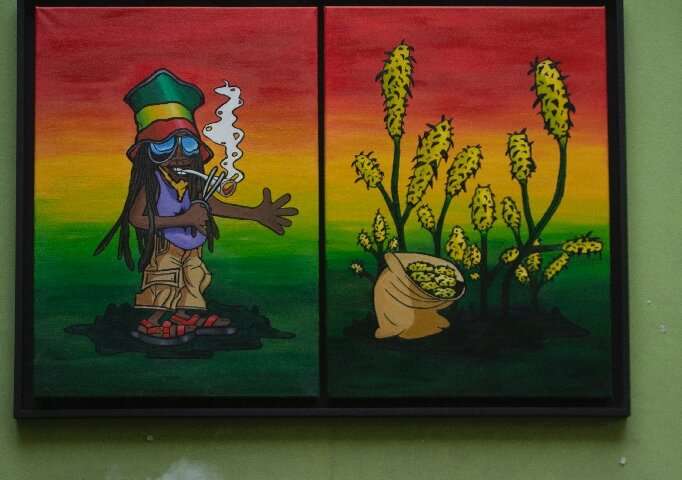 Legalization, introduced by leftist guerrilla-turned president Jose Mujica, in power from 2010-15, created an industry of medicinal cannabis exports that have brought more than $20 million to Uruguay’s economy since 2019.

Although current center-right President Luis Lacalle Pou insists the legalization move was a mistake, the left-wing opposition wants Uruguay to go even further.

Currently reserved for residents, they want the market to be opened up to tourists.

“It’s a simple formula: if tourism increases, spending increases, employment increases and investments increase. Models like that in California demonstrate the potential” for cannabis tourism, said Eduardo Antonini, an opposition politician and vice-president of the tourism commission in congress.