Home » Health News » Latest on the worldwide spread of the coronavirus 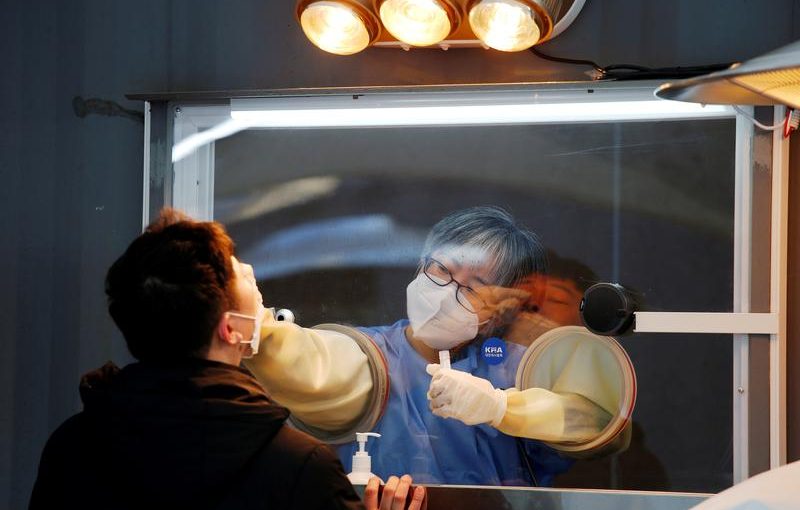 (Reuters) – AstraZeneca may have provided an incomplete view of efficacy data on its COVID-19 vaccine from a large scale trial in the United States, a U.S. health agency said Tuesday, in a fresh setback for the shot.

* Germany is extending its lockdown until April 18 and calling on citizens to stay at home over the Easter holidays to try to break a third wave of the pandemic, Chancellor Angela Merkel said, as the country races to vaccinate its population.

* More restrictions aimed at tackling the COVID-19 pandemic may be needed for France, if the current measures do not result in the situation improving, French epidemiologist and government scientific adviser told BFM TV.

* Denmark has agreed to further ease COVID-19 curbs next month by letting hairdressers, spas and other services reopen, while restaurants and cinemas will be allowed to follow suit in May, contingent on the use of coronavirus “passports”.

* Spain will extend the age range for AstraZeneca’s vaccine to 18-65 year olds from 18-55 year olds when it resumes use of the shot this week.

* All people arriving in Ukraine from March 23 will have to show a negative test for COVID-19.

* Uruguay confirmed that it had detected the presence of two coronavirus variants that originated in neighbouring Brazil as the tiny South American nation faces a spike in cases and deaths.

* New York will join a handful of U.S. states that have lowered their eligibility age for coronavirus vaccines to 50, Governor Andrew Cuomo announced.

* Several South Korea provinces and cities continued to require coronavirus testing for foreign workers, despite a request from the national government that prompted Seoul to end its mandate amid international outcry.

* The eastern Indian state of Odisha might have to stop its immunisation drive for four days starting at the end of March because of a shortage of vaccine doses, as the country reported its most COVID-19 cases and deaths in months.

* Nigeria suspended the airline Emirates from flying into or out of its territory last week after the carrier imposed additional COVID-19 test requirements on passengers from the country, the aviation minister said.

* More producers of COVID-19 vaccines should follow AstraZeneca’s lead and license technology to other manufacturers, the World Health Organization’s head said, as he described continuing vaccine inequity as “grotesque”.

* The COVAX vaccine-sharing scheme will set aside 5% of the vaccine doses it procures for a “buffer” to be used in humanitarian settings or released in the case of severe outbreaks, the GAVI vaccine alliance said.

* Asian stocks reversed earlier gains on Tuesday, dragged down by declines in Chinese markets, which were jolted by a new round of sanctions, after ebbing inflation fears had helped shore up broader sentiment in the region.[MKTS/GLOB]