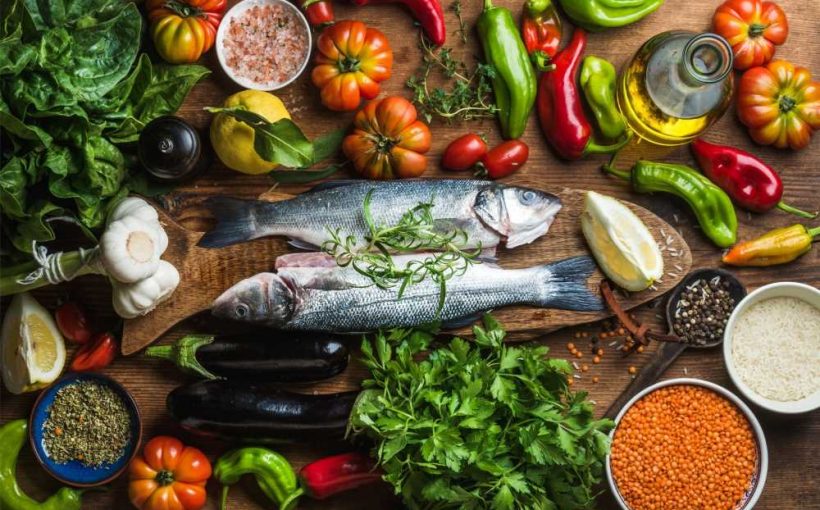 In a recent article published in Metabolites, researchers evaluated the short-term impact of the very-low-calorie ketogenic diet (VLCKD) and Mediterranean diet (MD) on the gut microbiota (GM) of obese patients with new-onset type II diabetes (T2DM).

The presence of visceral and ectopic fat, assessed by body mass index (BMI) value, is associated with insulin resistance (IR), the basis of the T2DM pathophysiology. An increased release of leptin from excess fat promotes the loss of hypothalamic control over energy intake and expenditure and carbohydrate metabolism, with consequent alterations in endocrine-metabolic regulation and nutrient partitioning (NI). Most importantly, obesity increases Firmicutes/Bacteroidetes ratio and reduces the diversity of the GM, the bacterial community residing in the intestine, which has a link with the pathogenesis of IR and T2DM besides other disease states.

T2DM management requires a patient-centered approach, mainly focused on improving the quality of diets and the macronutrient source, together with physical activity and drug treatment. In recent years, scientific associations have developed various guidelines concerning the nutritional treatment of T2DM. Notably, the MD, which favors unprocessed vegetable foods and a reduction in red meats and industrial foods, without excluding any food category, is usually recommended. Recently, scientific societies have also begun to promote VLCKD that limits carbohydrates and then gradually re-introduces them, with a favorable outcome on body weight and metabolic parameters.

Studies have also linked GM modifications to obesity and metabolic alterations typical of T2DM. Although diet is known to affect GM, only a few studies have investigated the effects of VLCKD on GM, especially in patients with T2DM.

In the present study, researchers evaluated short-term impact, at baseline (T0), after two (T2) and three months (T3) of NI, specifically the VLCKD and MD diets, on the GM profile on 11 obese patients with new onset T2DM. The study had two groups of five and six patients who followed the low-calorie MD (MEDI group) and the VLCKD (KETO group) diets, respectively. The team evaluated and compared anthropometric [waist circumference (WC), fat mass (FM), fat-free mass (FFM), and phase angle (phA°)], clinical, metabolic, lifestyle, and quality of life (QoL) at baseline and after three months of NI. Further, they compared the GM profile of these patients after two months of NI, along with a brief anthropometric assessment.

The current study results suggested the potential short-term benefits of a VLCKD protocol in drug-naïve patients with T2DM and obesity. These benefits appeared higher than those observed with an MD regarding weight loss and the impact on GM, although further investigations are warranted. The KETO group also had a more beneficial impact on the intestinal microbial phenotype. Furthermore, the KETO group showed a significant improvement in both physical and mental synthetic scores on the QoL questionnaire, while the MEDI group showed a slight reduction.

At baseline, two study groups had comparable anthropometric, clinical, or lifestyle variables between the two study groups. Likewise, all alpha and beta diversity indices remained consistent throughout the NI implementation. However, a comparison of the variations between the two groups at T3 showed significant variations. The lifestyle evaluation highlighted the improvement in eating habits in both groups, with an increase in adherence to MD, which significantly increased the daily intake of fish and vegetables. However, note that after three months of NI, both groups followed a similar dietary protocol based on the MD principles. Also, two patients in each study group, sedentary at baseline, became moderately active at T3 though the mean value of physical activity level did not vary during the intervention period.

The researchers observed a significantly greater evenness of the microbial structure in the KETO group than in the MEDI group at baseline, although this significance diminished over time. However, the richness of the number of species or the Shannon index, a mathematical expression that combines species richness and evenness as a measure of alpha diversity, was not significantly different between the two study groups.

PERMANOVA analysis indicated a significant difference in the beta diversity based on the Bray-Curtis distance matrix between the GM communities of KETO and MEDI only at baseline. The beta diversity based on the unweighted and weighted UniFrac metrics across the two study groups did not show any statistically significant difference over time. Through the Generalized Linear Mixed-effects Model, the researchers confirmed several significant microbial markers associated with the NI but almost exclusively with the KETO group. They identified the Verrucomicrobiota phylum as the main biomarker in KETO, together with its members Verrucomicrobiae, Verrucomicrobiales, Akkermansiaceae, and Akkermansia, both at T2 and T3 of NI. These beneficial taxa showed a significant increase up to three months of NI in KETO but not in MEDI.

Between T3 and baseline, while Clostridia UCG.014 increased in the KETO group, Firmicutes and Bacteroidota phylum together with several of its members, such as the Bacteroidales order and the Bacteroides (Bacteroidaceae), Barnesiella (Barnesiellaceae) and Butyricimonas (Marinifilaceae) genera reduced. On the contrary, the Actinobacteroidota phylum was the only biomarker after three months of NI in the MEDI group. Comparing the GM communities at T2 and T3 time points in the MEDI group also showed strong associations between the Firmicutes phylum at T3 and Desulfobacterota phylum and an unclassified species from the Bacteroides genus at T2.

Consistent with prior taxonomic analyses, the MEDI group was not associated with any changes in pathways over time. On the contrary, the authors noted strong associations with steroid and carotenoid biosynthesis and non-homologous end-joining pathways in the KETO cohort. Likewise, the KETO group exhibited a strong negative correlation between three other biological pathways. These encompassed penicillin and cephalosporin biosynthesis, limonene and pinene degradation, and ethylbenzene degradation pathways. Further studies should investigate whether the observed reduction was a direct consequence of the diet or the blood glucose levels.

In older overweight adults with T2DM, different types of moderate exercise not associated with a NI were unable to reduce body weight and improve dysmetabolism. In fact, several randomized clinical trials have shown that proper NIs are a must with physical activity regimens for a significant reduction in body weight and an improvement in blood pressure, lipid profile, and glycemic control in elderly patients with T2DM.

In the current study, after three months of NI, patients in both MEDI and KETO groups showed significant weight and BMI loss. However, those subjected to VLCKD showed a markedly higher reduction in body weight, BMI, WC, and FM, than those following the MD, without any significant difference in FFM variations. Furthermore, T2DM patients following VLCKD, but not LCD, showed a marked reduction in hemoglobin (HbA1c) values and a significant improvement in eating patterns and QoL. Despite the potential benefits obtained with VLCKD in the short term, there is an urgent need for longer follow-up studies with larger cohorts to validate the use of KD as an effective dietary model in T2DM management in obese people.

Neha is a digital marketing professional based in Gurugram, India. She has a Master’s degree from the University of Rajasthan with a specialization in Biotechnology in 2008. She has experience in pre-clinical research as part of her research project in The Department of Toxicology at the prestigious Central Drug Research Institute (CDRI), Lucknow, India. She also holds a certification in C++ programming.