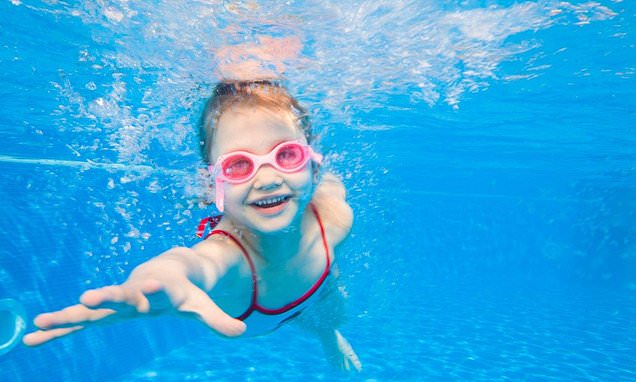 Children who shake their head to get water out of their ear could cause BRAIN DAMAGE because so much force is needed, scientists claim

Getting a child to shake their head to clear water out of their ears could damage their brain, according to scientists.

Researchers claim the amount of force it takes to dislodge droplets from the sensitive ear canal is 10 times stronger than gravity and could be a danger to young brains.

They tested the theory on models in a lab which were created to mimic a real human ear canal.

And they said the amount of force they had to apply to break the surface tension and get the water out was a worry.

Instead of shaking, children should have another liquid such as vinegar or alcohol put into their ear to break up the water drops and allow them to flow out on their own. 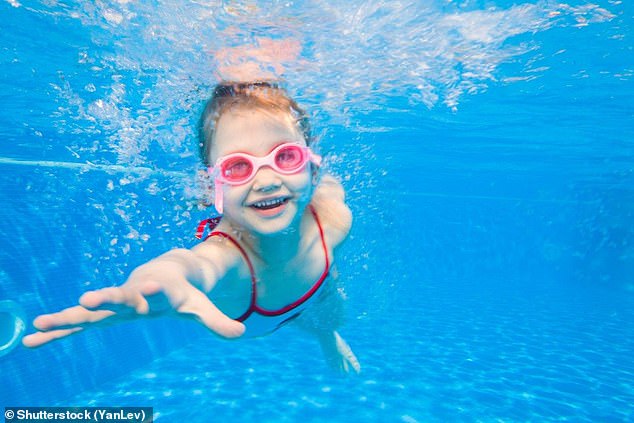 Children who get water stuck in their ear should have a small amount of another liquid, such as vinegar or alcohol, put in to break the surface tension on the water and allow it to flow out, according to scientists (stock image)

Scientists from Cornell University in New York City worked with Virginia Tech researchers on the study.

‘Our research mainly focuses on the acceleration required to get the water out of the ear canal,’ said Anuj Baskota, a Cornell student.

‘The critical acceleration that we obtained experimentally on glass tubes and 3D printed ear canals was around the range of 10 times the force of gravity for infant ear sizes, which could cause damage to the brain.’

Swimmer’s ear is an infection in the ear canal which is often brought on by water trapped in the tube.

Water creates a moist environment inside the ear which allows bacteria to grow and develop into an infection.

The condition, which can usually be treated with eardrops, is known officially as otitis externa.

Symptoms may begin as an itching and slight redness but can progress to pain in the ear and around the head, blockage of the canal, leaking fluid and swollen glands in the neck.

If left untreated the condition, which affects around 2.4million people each year in the US, can even lead to hearing loss or bone and cartilage damage.

The amount of shaking a child would have to do to produce enough force to get the water out could cause the brain to injure itself inside the head, Mr Baskota and his colleagues suggested.

The brain can become swollen or injured if it is bumped around inside the skull and this is a cause of concussion, which can have permanent consequences.

Because of the surface tension of the water it is not a simple case of tipping up the head and letting it drip out.

Instead, the water holds itself still like a droplet clinging to the end of a tap.

And children’s narrow ear canals could mean proportionally more force is needed to remove the water than in an adult’s ear.

The researchers suggested that because adults’ had a larger diameter and the water was spread over a larger area, less acceleration was needed to break its surface.

Mr Baskota added: ‘From our experiments and theoretical model, we figured out that surface tension of the fluid is one of the crucial factors promoting the water to get stuck in ear canals.

‘Presumably, putting a few drops of a liquid with lower surface tension than water, like alcohol or vinegar, in the ear would reduce the surface tension force allowing the water to flow out.’

The team presented their research at a meeting of the American Physical Society.