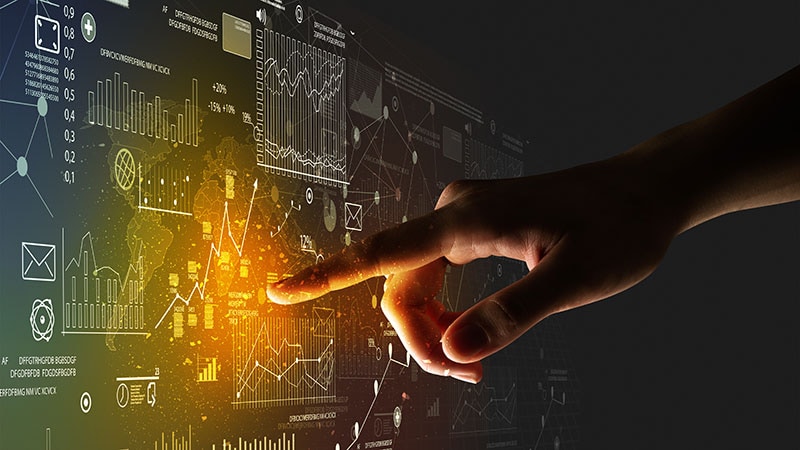 The aim of following patients with cancer over many years is to catch tumors that recur, improve outcomes, even reveal important trends. However, long-term cancer follow-ups require extensive human resources and will inevitably decrease over time.

Is the information researchers ultimately acquire worth the heavy lift?

A recent analysis of lifetime follow-up data in the National Cancer Database (NCDB) explored this question. The study, published October 24 in Annals of Surgical Oncology, evaluated the completeness of data collected between 1989 and 2014 and estimated the hours required to compile it.

The researchers found that the proportion of patients lost to follow-up accelerated significantly over the 25-year study period. At year 5, only 13% of living patients had been lost of follow-up, but by year 25, that rate had jumped to almost 94% of living patients. Just under 2% of the initial cohort were still being followed.

Despite the waning numbers, the effort to track these patients remained substantial. In 2014, for instance, more than half a million hours were spent performing follow-up on about 2 million patients diagnosed at least 15 years ago.

The progressive decline in patients who receive follow-up year after year “has multiple negative effects on data quality, including reduced statistical power and increased risk of study bias if participants who are lost to follow-up differ from those who are not,” the authors write. Plus, “the amount of effort dedicated to patient follow-up appears to be significant.”

Still, the value of long-term cancer follow-ups is not in question, according to Maria Alma Rodriguez, MD, professor of medicine at the University of Texas MD Anderson Cancer Center in Houston. “Pediatric oncologists learned tremendously from following childhood patients into adulthood,” said Rodriguez, who wasn’t involved in the study.

What is under question, she said, is how our healthcare system follows these patients. For patients who stay on the NCDB’s radar, the data lack important details. Registrars mainly collect data on patient survival, cancer recurrence, tumor site and histology, and type of first treatment, according to the NCDB website. However, insights that doctors might hope to get from long-term cancer follow-up, such as later detection of additional primary tumors or long-term adverse effects of cancer treatment, are not collected by the NCDB.

“I don’t think [NCDB registrars] are required to report with any granularity the actual health issues a patient is facing, so our understanding of what happens in older adults has been missing,” Rodriguez said.

When Rodriguez and her colleagues tried to mine MD Anderson’s tumor registrar for long-term care data, they also came up short. Limited details on specific treatment names and dosages, for instance, made the data hard to use.

When Tammy Holm, MD, PhD, and her colleagues are talking about the NCDB, it’s usually “about how we would alter it to get more information.”

“What makes this paper interesting is clinical researchers are always complaining about the data that’s missing,” said Holm, assistant professor of clinical surgery at the University of Cincinnati College of Medicine in Ohio. “[The study authors] turned it on its head by saying maybe we are collecting too much of the wrong thing.” Holm was not associated with the current study.

Inside the Database Analysis

In the current analysis, Heidi Nelson, MD, from the Division of Research and Optimal Patient Care at the American College of Surgeons, Chicago, Illinois, and colleagues measured follow-up completeness — the percentage of patients followed, lost to follow-up, or deceased at 1-year intervals after diagnosis — as well as the effort required to conduct patient follow-up between 1989 and 2014.

Keeping up with patients is inherently challenging in the US, Rodriguez said. For starters, patients are mobile, especially when it comes to healthcare providers. For instance, many patients don’t receive follow-up care at the hospitals where they have surgery and may change physicians because of a physical move or, more often, shifts in the insurance landscape, she noted. In addition, providers in a patient’s network can change from year to year.

“In Cincinnati, there are so many different hospital systems and patients bounce between the systems so frequently and have very scattered care,” said Holm. Following up becomes difficult simply from a logistical and practical standpoint.

And the decline in patient follow-up over time can make the data less useful. In this study, patients of Hispanic and Asian or Pacific Islander descent were more likely to discontinue follow-up care, and previous studies have shown this kind of discrepancy biases survival estimates.

On top of that, as patients live longer and more cancers are curable, new cancer cases begin to outpace patient deaths, which means a facility’s follow-up burden increases with each passing year.

Despite the drawbacks to the NCDB approach to patient follow-up, collecting long-term cancer outcomes data can further our understanding of cancer trends and outcomes.

“I think it’s time to refine the tool,” Holm said. “But we have to be careful not to throw the baby out with the bathwater.” There’s nuance to consider, she noted. For instance, the survival rates of different cancers mandate different lengths and types of follow-up.

In an ideal world, Rodriguez said, the US would have a true national registry that tracks outcomes for all cancer patients. Some physicians hope that’s what the Surveillance, Epidemiology, and End Results database (SEER) and electronic health records (EHRs) will achieve. But Rodriguez feels we are still at least a decade away from that sort of connectedness.

The authors have disclosed no relevant financial relationships.