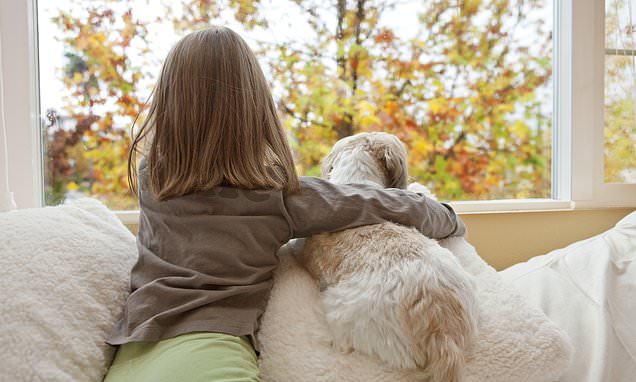 How trees can heal: Research shows that patients looking at greenery from their hospital beds can cut the need for painkillers and even reduce post-op problems

Ten years ago, Rachel Stancliffe, a leading public health expert from Oxford, was visiting her father in a Dorset hospital after he’d suffered a stroke, when she decided to take him around the grounds in a wheelchair to help boost his morale.

But there was nowhere to escape from the complex’s dismal concrete. ‘There were no trees, no greenery — only a single pond that was blocked from public access,’ she recalls.

The experience inspired Rachel — an epidemiologist who helped to develop the Cochrane Library, the world’s leading organisation for analysing health research findings — to launch the NHS Forest, a project funded by charitable events which helps hospitals improve their environments by planting trees. 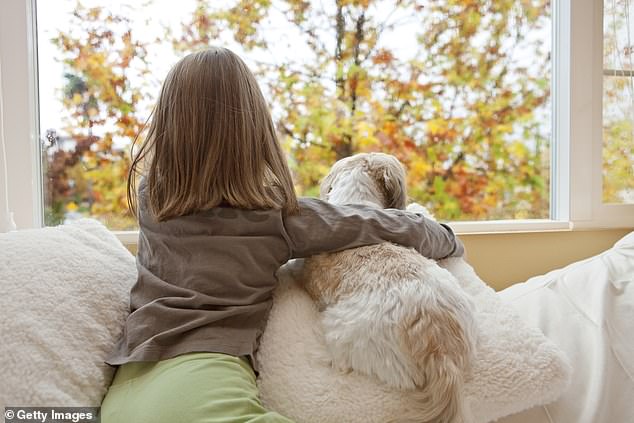 Numerous scientific studies have shown that green spaces — and trees in particular — are beneficial to our physical and mental health.

Being in their presence has been found to accelerate recovery from illness and to lower stress levels.

Rachel’s project was implemented first at Alder Hey Children’s Hospital in Liverpool, which was redesigned as the ‘hospital in the park’ following building work in 2013.

‘They reorientated it so that it is among plentiful green spaces,’ says Rachel. ‘Our aim is to make the NHS more environmentally friendly and a healthier place for patients and staff.’

Such ideas confirm the vital merit of the Daily Mail’s Christmas campaign, calling for readers to plant trees for a greener Britain — and to donate money to help plant more woodlands and create a healthier, more beautiful nation.

‘There are so many good-quality studies that show the physical and mental health benefits of green spaces and in particular trees,’ says Rachel. ‘Yet people can often spend months in British hospitals where they don’t get to see a single tree.’

It may seem strange to think that trees can help to heal us, but the evidence is both robust and astonishing.

In 1984, pioneering investigator Dr Roger Ulrich, director of Texas A&M University’s Centre for Health Systems and Design, studied the records of patients recovering from gallbladder surgery in a hospital between 1972 and 1981. 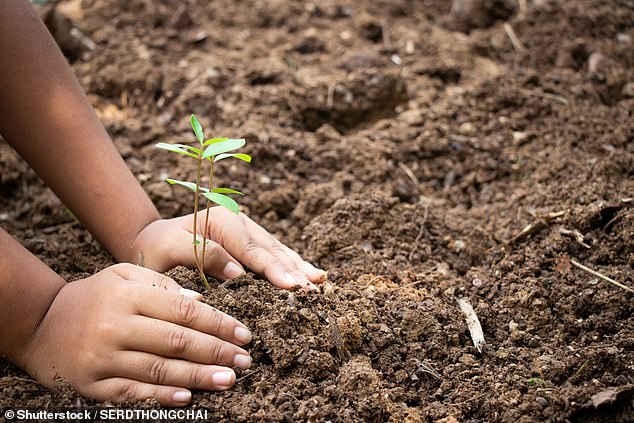 Since then, the evidence has steadily increased, says Rachel: ‘We see lower rates of asthma in children in urban areas that have lots of trees.

‘Studies also show when people’s environments feature trees, their immune defences are enhanced and their levels of inflammation, blood pressure and the stress hormone cortisol are all lowered. These latter factors can contribute to heart disease and cancer.’

Sara Lom, chief executive of The Tree Council, a charity promoting the importance of trees, told Good Health: ‘The direct benefits of trees to patients and staff in and around health facilities show how, all their lives, trees look after us.’

Such ideas have already been embraced in Japan, where the practice of using trees to boost health has its own name — Shinrin-yoku, or ‘forest bathing’. Some Japanese hospitals have been inspired to build rooftop ‘forests’ where patients can relax.

A 2011 study in the Japanese Journal Of Hygiene found spending just five minutes in these areas helps patients feel calmer, more positive and more motivated to work on their recuperation. 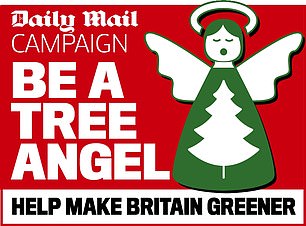 Even having bonsai trees on hospital wards can lower patients’ levels of stress and their need for painkillers, according to a study published last year in the International Journal Of Environmental Research And Public Health by psychologists at Chiba University in Japan.

The researchers scanned the patients’ brains and found that there was less activity in the left prefrontal cortex, an area associated with stress responses, after seeing the tiny trees.

And simply viewing photographs of trees can provide curative benefits. A study by Dr Ulrich of 160 patients recovering from heart surgery at a Swedish hospital found that patients who were positioned to see pictures of a tree-lined stream had reduced anxiety and less need for pain medication than those who looked at abstract paintings, a blank wall or a white panel.

All this research supports the ‘biophilia’ hypothesis — a theory introduced by psychoanalyst Erich Fromm and popularised in the Eighties by Harvard University evolutionary biologist Edward Wilson. They argued that humans have biological and psychological needs for natural stimuli.

‘It is not hard to see why that should be,’ says Rachel Stancliffe. ‘We spent millennia evolving our sensory and bodily functions amid wooded landscapes. Since we have started living in cities, these functions have become stressed. If we get unhealthy, we may either need drugs to help our bodies to cope, or we need to rediscover the benefits of the natural environment.’

We all need green spaces — but it’s trees in particular that bring a special benefit, according to research published in July in the journal JAMA Network Open.

The study of more than 45,000 people’s wellbeing over ten years found living near green spaces made no difference to their physical and mental health. It was only when the green spaces featured trees that benefits occurred, said the research team from the University of Wollongong in New South Wales, Australia.

FIVE WAYS TO GET INVOLVED

1. Pledge your money: Every £3 donated will be enough to plant a tree.

2. Donate your Nectar points: If you donate 50 points, we’ll match overall donations of up to 10 million points. You can make a larger donation if you like — every 3,000 points will be enough to plant five trees.

3. Spend your Nectar points: Buy a £5 gift voucher that can be used on a tree at more than 900 garden centres across the UK.

4. Support schools: Companies can get involved with the ‘1,000 orchards for 1,000 schools’ branch of our campaign. To find planting events near you, visit treecouncil.org.uk/take-part/near-you

5. Find out more: Read about our goals and find out how to join in at beatreeangel.co.uk

Meanwhile, losing trees from our environment can have a major impact on our health. Over the past 30 years, infestations by a small bark-boring insect called the emerald ash borer have killed 100 million trees in the U.S.

An analysis of national health records by the U.S. Forest Service between 1990 and 2007 has found deaths related to cardiovascular and respiratory illnesses rose in places where trees succumbed to the pest, contributing to more than 20,000 additional deaths during the study period.

In the UK, we are suffering a national tree deficit, relative to our emissions of the greenhouse gas carbon dioxide, according to government advisers. The Committee On Climate Change recently recommended the UK plant 1.5 billion trees by 2050 to counter this.

But some types of tree are better than others at bringing these benefits, according to Katherine Willis, a professor of biodiversity at the University of Oxford.

‘Some are surprisingly efficient at improving air quality, such as the small and shrubby dwarf Korean lilac,’ she told Good Health. ‘The London plane tree is also very effective. It absorbs pollutants and sheds them in its bark.’

Rachel’s charity efforts have now helped raise funds for the NHS to plant 60,000 trees in 190 locations, from large hospitals to small GP practices.

She adds: ‘We say to everybody, regardless of what their NHS site is, that you can do good things on it. You can green your place anywhere — and why wouldn’t you?’