Home » Health News » How to persuade the unvaccinated 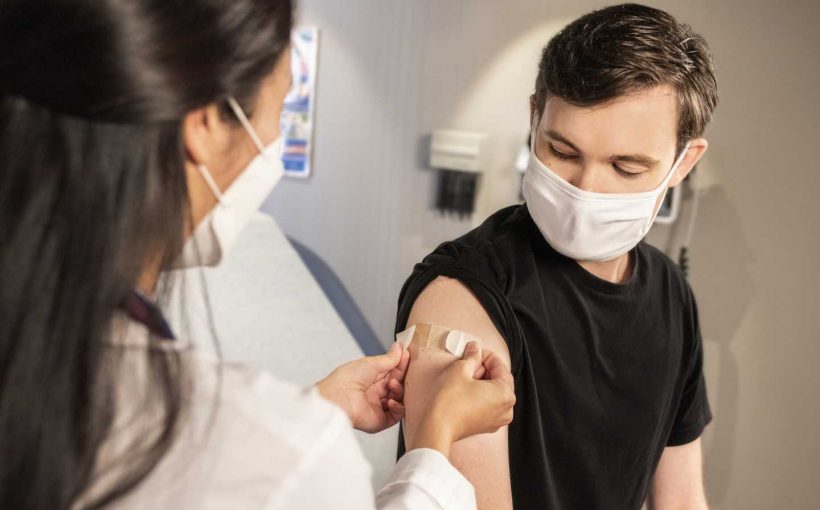 In a recent posting on her Facebook page, Brytney Cobia, a physician in Birmingham, Alabama, described the pain of telling COVID patients who are about to be intubated that their pleas for vaccination have come too late.

“A few days later when I call time of death, I hug their family members and I tell them the best way to honor their loved one is to go get vaccinated and encourage everyone they know to do the same,” Cobia wrote. “They thought it was a hoax. They thought it was political … They thought it was ‘just the flu.” But they were wrong. And they wish they could go back. But they can’t.”

Testimony like Cobia’s could be key to persuading the unvaccinated to join the two-thirds of Americans who have received at least one shot, a Harvard specialist says.

An education campaign that features powerful local voices reminding people of COVID’s dangers could do more than lotteries, mandates, or a “carrots-or-stick” approach, said Robert Blendon, Richard L. Menschel Professor of Public Health and Professor of Health Policy and Political Analysis, Emeritus, Harvard T.H. Chan School of Public Health, in a Wednesday forum. The discussion was moderated by Joanne Kenen, an editor at Politico.

“The most powerful messengers are clinicians caring for very sick people who are honestly telling you that if they had had a vaccine, they wouldn’t be lying with an intubator on,” Blendon said.

COVID cases have increased in the U.S. in recent weeks, with the rise of the Delta variant and a slowdown in vaccinations provoking urgent warnings from U.S. National Institute of Allergy and Infectious Diseases Director Anthony Fauci and other U.S. experts. Only 58 percent of Americans are fully vaccinated. Calls for vaccine mandates, such as President Biden’s action on federal workers, have increased, but with divides along political lines—Democrats tend to favor the measures, while Republicans tend to oppose them, polls say. A survey by Politico and the Harvard Chan School found that 64 percent of Democrats support employer mandates that require workers to be vaccinated, while 56 percent of Republicans are opposed. A similar divide exists on the question of mandated vaccinations for in-person school.

There is more consensus over health care institutions imposing vaccine mandates for workers. Seventy-four percent of Democrats and 59 percent of Republicans support such measures. This week, 60 medical organizations, including the American Medical Association, called for vaccine requirements for health care workers.

For Blendon, areas of agreement on health care mandates could represent a major step in efforts to control the pandemic and could also have an impact at the community level. Ten percent of U.S. employees work in health care. “One in 10 employees in every community in American is a very powerful next-step measure,” he said. “It has a level of political feasibility that we haven’t seen before.”

Public health messaging should be sensitive to the roots of U.S. vaccine resistance, said Blendon. Polls show that unvaccinated Americans share a deep distrust of the medical establishment, and that they are not worried about the disease. Messaging from public health experts or a barrage of general statistics about the number of cases or deaths is not going to persuade the unvaccinated, he said.

What could move the needle, in combination with health care mandates, is an education campaign in which doctors and nurses testify to the dangers of refusing vaccination. Such a campaign would ideally foreground local clinicians who can deliver a forceful message in communities across the country, said Blendon.

“It really has to be somebody who’s dealing with this every day and gets on Oklahoma TV, etc., and says, “Look, I am caring for people who are at risk of dying here, who thought it just wasn’t worth getting the vaccine.”