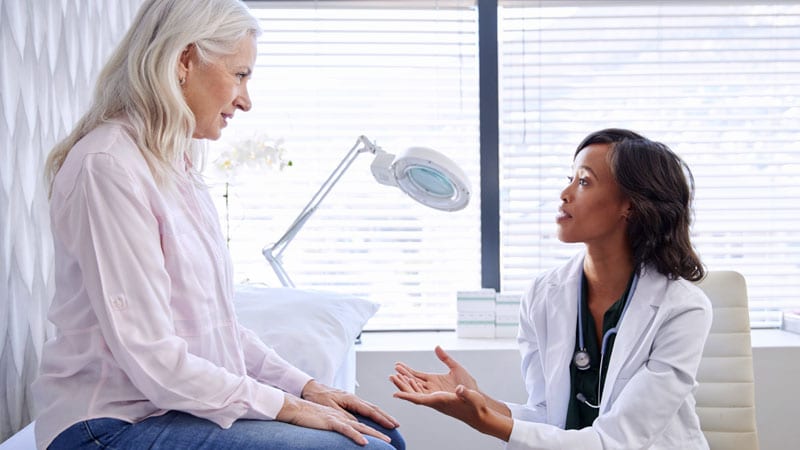 Kidney experts have puzzled over an apparent contradiction: men undergo dialysis and require transplants of the organs more frequently than women, despite having seemingly healthier kidneys. A new study may help clarify why: kidney function in men declines more rapidly than in women over time.

According to research published August 17 in the Journal of the American Society of Nephrology, women tend to have lower kidney function than men at age 50, but their kidney function holds steady over time, while it drops more rapidly in men.

“This study is probably the most rigorous of its kind,” said C. Noel Bairey Merz, MD, a cardiologist at Cedars-Sinai Medical Center in Los Angeles, California, and an expert on sex differences in health. Bairey Merz was not involved with the study but was an author of a 2019 paper that proposed research ideas related to sex differences in kidney function.

The new study involved patients from Norway, a homogenous population, leading outside experts and the study authors themselves to caution that the findings may not translate completely to more diverse populations.

Even so, the researchers’ method for measuring kidney function was more rigorous than usual and they studied almost 2000 people who were otherwise healthy and not at particular risk of developing kidney disease.

“The current common way to estimate kidney function is inaccurate,” said Toralf Melsom, MD, PhD, a nephrologist at the University Hospital of North Norway and a researcher at the Arctic University of Norway, both in Tromsø.

Testing a patient’s blood or urine levels of creatine, a waste byproduct produced by the kidneys, is the most regularly used assessment of renal function. Higher levels of creatinine than usual mean the kidneys are not filtering properly and permanent damage may develop.

But the equations used to calculate creatine concentrations can be affected by body mass and diet, and thus, may not accurately measure kidney function. The researchers assessed kidney filtration directly using an injectable dye that enabled them to measure real-time kidney filtration with a blood sample.

For the new study, Melsom and colleagues recruited 1837 participants (53% women, age 50-62) who did not report that they had diabetes, cardiovascular disease, or chronic kidney disease. The researchers tracked levels of kidney filtration, using glomerular filtration rate (GFR), at three different times (2007-2009, 2013-2015, and 2018-2020) to see how results changed with age.

On average, GFR declined more modestly in women than men (by 0.96 vs 1.20 mL/min/1.73m2 per year, respectively), and by the time participants reached aged 72 years and older, GFR was worse in men. The overall health of participants did not affect the results, Melsom’s group reported (P < .001).

“When I was a teenager going into my 20s, I was not feeling well. My stomach ached. I could not get up in the morning. My primary care kept telling me it was depression,” said Maleni Alvarez, a 43-year-old who lives in New York City. She has chronic kidney disease that has required dialysis and a kidney transplant.

The donated kidney, from Alvarez’s sister, worked for several years but stopped functioning in 2019 after a severe bout of pneumonia. She’s now back on the organ transplant waitlist. But back then, her doctor didn’t even order a blood test.

Alvarez, a legal assistant for the US Social Security Administration, eventually found a new doctor. That doctor ordered blood tests which showed she already had stage 5 chronic kidney disease, and her journey through dialysis and eventually a transplant began. She said better coordination of care earlier would have delayed the need for more advanced treatment.

One way to prevent death from kidney disease is for more people to donate kidneys, for which Alvarez is an advocate. Sometimes she encounters people who say their religion forbids donation or they believe physicians want them to die to harvest their organs, which Alvarez gently challenges.

“I respect your beliefs, but your religion does not prevent you from donating,” Alvarez said. She adds that she has studied the scriptures of various faiths and this proscription does not exist.

“I’ve seen patients in our clinic who get sent to us for an estimated GFR of 59. Their doctor was worried they have chronic kidney disease now. We just reassure them,” Dennis Moledina, MD, PhD, a nephrologist at Yale University, New Haven, Connecticut, said.

Moledina, who was not involved in the new study, said someone without diabetes, high blood pressure, or proteinuria should not be concerned.

He added that although the filtration measurement used in the current study is not available clinically, it is more reliable than measuring creatinine.

Joseph Vassalotti, MD, chief medical officer for the National Kidney Foundation, also called for individualized clinical judgment rather than using the new data to create a complex new algorithm based on someone’s sex and age.

Vassalotti, a nephrologist at Mount Sinai Medical Center, New York City, raised concerns about the generalizability of the findings to more diverse communities. He also noted that some decline in kidney function is a natural part of aging and that no bright lines denote risk of disease or the need for a transplant.

Even if someone’s risk of kidney failure seems low because their GFR is not particularly concerning, Vassalotti said, it still might be necessary to avoid medications that might harm the kidneys, including antibiotics, certain painkillers, and other drugs. Ideally, medication decisions would involve close coordination between a primary care physician, nephrologist, and pharmacist, he said.

Chronic kidney disease is projected to become the world’s fifth-leading cause of years of life lost by 2040. Melsom and colleagues plan to measure GFR a fourth time, with participants as old as 80 years, and tease out associations between even worse kidney function and mortality.

Melsom has reported a relationship with Novo Nordisk Norway. The other sources had no relevant financial disclosures.

Marcus A. Banks, MA, is a journalist based in New York City who covers health news with a focus on new cancer research. His work appears in Medscape, Cancer Today, The Scientist, Gastroenterology & Endoscopy News, Slate, TCTMD, and Spectrum.