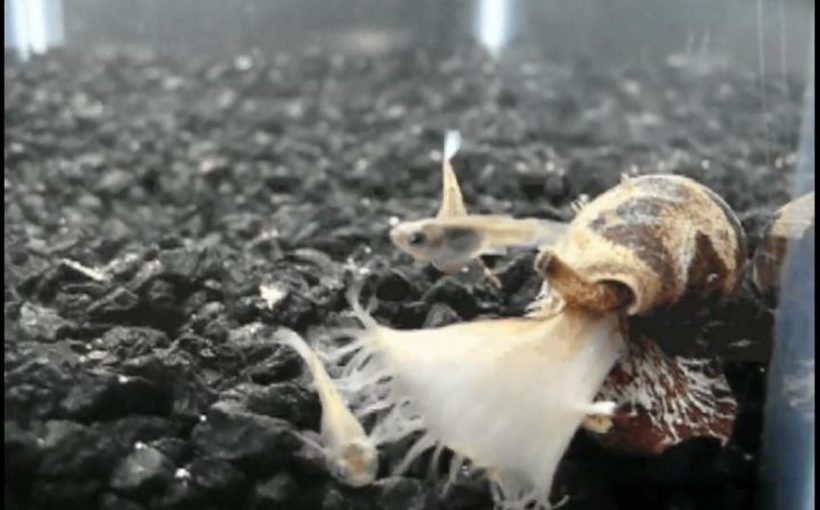 Should you have the misfortune of tangling with a cone snail, you might find yourself battling a venom that can cause swelling, pain, vomiting, muscle paralysis and even death.

It certainly doesn't sound like something you'd want to inject willingly. But cone snail venom is the basis for a U.S. Food and Drug Administration-approved painkiller, and a new article published Aug. 30 in the journal Science argues that other animals' venoms could hold the same promise.

Components found in venom can treat conditions as wide-ranging as epilepsy, diabetes and chronic pain, said article co-author Mandë Holford, a professor of chemistry at CUNY-Hunter College and Graduate Center in New York.

"It's not a far stretch to say that the compounds we find in these venoms have therapeutic uses," Holford told Live Science.  [Pick Your Poison: Some Venom Can Be Healing]

Fifteen percent of organisms on Earth have venom, Holford said, adding, "Everywhere you go, you're not far from a venomous animal."

And those venoms are staggeringly complex. They've been brewed over millennia, in so-called evolutionary arms races between predator and prey. As prey animals evolve resistance to one form of venom over the generations, venomous predators evolve new toxins in tandem. As a result, venoms contain multiple components that act on multiple targets. Some animals specialize in attacking the nerves, others in ripping into blood cells.

But these deadly components can be helpful, too. Of particular interest to biomedical researchers are short strings of amino acids called peptides. The peptides in venom have evolved to be very stable in the body, with chemical bonds that can withstand injection into a foreign environment.

Many have cellular targets that are also involved in diseases. For example, many spiders, scorpions, centipedes and cone snails produce venom that targets the ion channels on the surface of nerve cells, said article co-author Glenn King, a professor of chemistry and molecular bioscience at The University of Queensland, Australia. Ion channels open and close to let molecules in and out of the cell, and are crucial to functions like cell communication. As such, peptides that act on ion channels can be useful for treating neurological disorders like stroke, epilepsy and chronic pain.

So far, there are only six FDA-approved venom-inspired drugs on the market. Ziconotide, sold under the brand name Prialt, is one of them. Derived from cone snail venom, it's used to treat chronic pain. Exenatide, sold as Byetta and Bydureon, is an anti-diabetic drug derived from Gila monster (Heloderma suspectum) venom. Captopril, sold as Capoten, treats high blood pressure, and comes from the venom of the deadly viper Bothrops jararaca. Two blood thinners, eptifibatide (Integrilin) and tirofiban (Aggrastat), are also derived from viper venoms. Hirudin, which prevents blood clots, comes from the saliva of blood-sucking leeches.

The cone snail is a good example of the way evolution has created venoms that can also be useful medications, Holford said. Cone snails prey on fish, but they're far slower than fish in the water. So, they shoot their targets with a venomous "spear." One of the effects of this venom is to numb pain so the fish doesn't realize that it's been struck and needs to escape. It was this pain-numbing effect that led to the development of ziconotide.

Cone snail venom contains many peptides, Holford and her colleagues wrote in the paper, and scientists are currently investigating other peptides in the venom for treating different conditions. And new technology is opening up the field. Today, King said, advances in DNA and protein sequencing mean that ever-smaller amounts of venom can be studied — a major boon when thinking about creatures like bees or ants, which produce mere drops.

As in all early drug explorations, most venom-inspired pharmaceuticals won't make it through clinical trials, King noted. But it's those diamonds in the rough, like the peptides in Gila monster spit, that make it all worth it.

"I think we are about to enter a golden era of venoms-based drug discovery," King said.