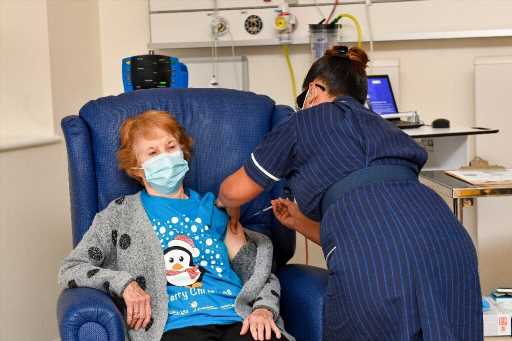 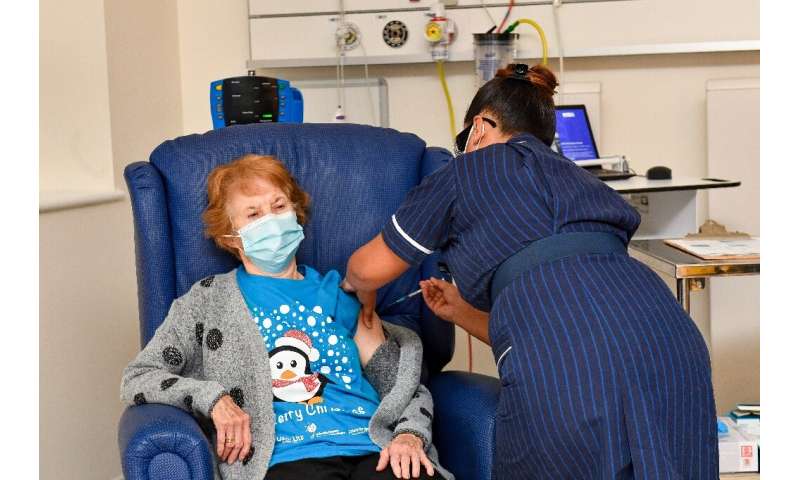 Nurses cheered on Tuesday as an elderly British grandmother became the first person in the Western world to receive an approved vaccine against COVID-19, at the start of a marathon campaign health officials hope heralds a fight-back against the global pandemic.

Margaret Keenan called the jab she received at a hospital in Coventry, central England, “the best early birthday present” before she turns 91 next week, and urged others to follow suit.

“My advice to anyone offered the vaccine is to take it. If I can have it at 90 then you can have it too,” she said.

“I feel so privileged to be the first person vaccinated against COVID-19,” added Keenan, a former jewellery shop worker who has two children and four grandchildren.

UK regulators last week became the first in the world to approve the Pfizer-BioNTech vaccine for general use, and the first jabs were administered across the country from early Tuesday morning.

Britain has been one of the worst-affected countries in the world, with more than 61,000 deaths in the outbreak from 1.6 million cases.

Keenan received the jab in front of cameras at 0631 GMT, and received a guard of honour from clapping medics as she was wheeled back to her bed.

She was followed by an elderly man called William Shakespeare, who like the world-famous playwright is from Warwickshire.

May Parsons, a nurse originally from the Philippines who has worked for Britain’s state-run National Health Service (NHS) for 23 years, called it a “huge honour” to administer the jab to Keenan.

The over-80s, care home workers and at-risk frontline health and social care staff are first in line to get the jab, on what has been dubbed “V-Day”. A second jab is required in 21 days. 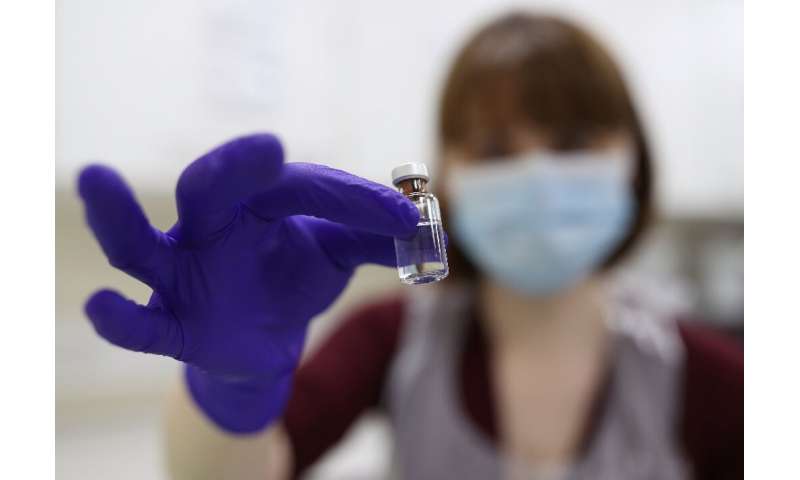 Prime Minister Boris Johnson, who spent days in intensive care with COVID-19 earlier this year, called it “a tremendous shot in the arm for the entire nation”.

But with most people not expected to get vaccinated until early 2021, he said the public still needed to be careful to stop the spread of the virus.

“We can’t afford to relax,” he said on a visit to a central London hospital.

Regulatory approval for the vaccine was given last Wednesday, sparking a race against time to prepare scores of vaccination centres across the country.

The UK has ordered 40 million doses of the jab—enough to vaccinate 20 million people—with 800,000 in the first batch.

Up to four million doses are expected by the end of December.

The public has been largely favourable to the rapid approval of the vaccine, but ministers and health professionals are aware they still need to combat mistrust.

The independent Medicines and Healthcare products Regulatory Agency maintains that no corners were cut, and its assessment and approval procedures met stringent international norms.

NHS England said thousands had already been given the jab during trials with no serious side effects. 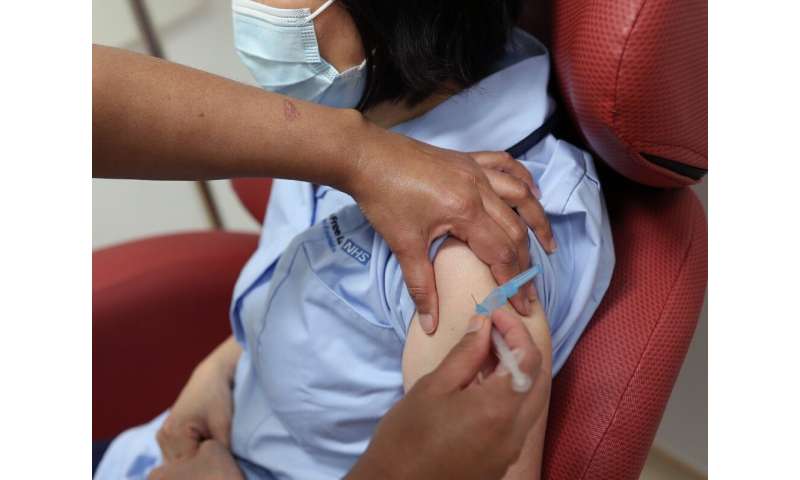 Nevertheless, it has been reported Queen Elizabeth II, who at 94 is among those first in the line for the vaccination because of her age, could front a public awareness campaign urging compliance.

The government said it would hand out vaccine cards to remind people to get the booster after three weeks, but insisted it was not introducing immunity certificates or making jabs compulsory.

The chief medical officers of England, Scotland, Wales and Northern Ireland said the phased roll-out of the vaccine would only have a “marginal impact” on hospital numbers over winter.

Health officials have already run into a logistical headache about how to administer the vaccine to elderly or infirm care home residents.

The vaccine needs to be stored at -70 degrees Celsius (-94 Fahrenheit), leaving hospitals and other medical hubs as the only places able to deal with such ultra-low temperatures.

With the Pfizer-BioNTech drug made in Belgium, concerns have also been raised about potential disruption to supply when Britain leaves the European Union’s single market and customs union.

But the UK government said the military is on stand-by to air-lift the vaccine if there is any border disruption from January 1.

The bulk of Britain’s vaccine requirements are expected to be met by a jab developed by AstraZeneca and the University of Oxford, which is awaiting regulatory approval.