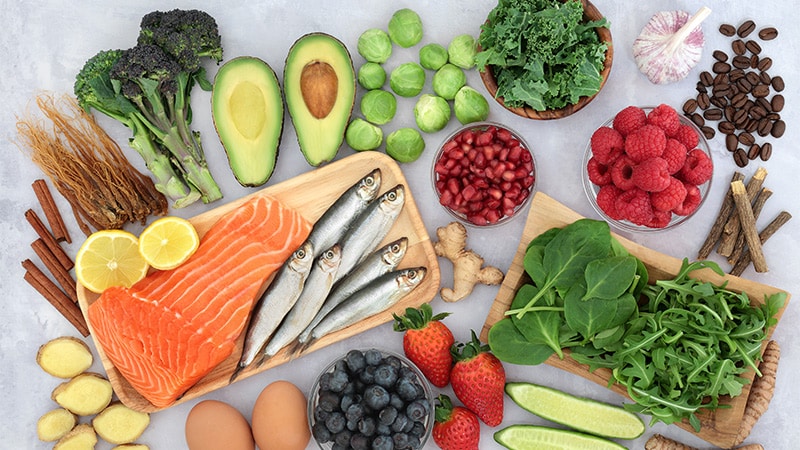 The combination of fecal microbiota transplantation (FMT) and an anti-inflammatory diet (AID) successfully induced and sustained remission of ulcerative colitis (UC) more effectively than optimizing medications for the condition did, according to a randomized controlled trial published in the journal Gut.

“Deep remission at 48 weeks was also significantly better in the FMT-AID arm, suggesting that the anti-inflammatory diet could sustain the FMT-AID–induced endoscopic and clinical remission,” wrote Saurabh Kedia, MD, of the All India Institute of Medical Sciences in New Delhi, and colleagues. “The adherence to modified diet was maintained until 48 weeks, suggesting the acceptability of this approach to patients.”

The open-label trial involved 66 patients with mild to moderate UC, based on a Simple Clinical Colitis Activity Index (SCCAI) score in the range of 3-9 and a score above 1 on the Ulcerative Colitis Endoscopic Index of Severity (UCEIS). Their average age was 35, and 34.8% of the participants had pancolitis. Their median SCCAI score was 6 (interquartile range, 5-7), and their median UCEIS score was 4 (IQR, 3-5) at enrollment.

The control group of 31 patients received standard medical therapy, which meant continuing on their baseline medications along with optimization of their therapy. The optimization involved increasing 5-aminosalicylic acid and/or adding topical therapy (topical 5-ASA or topical steroids in those already on topical 5-ASA); steroid dose was increased in patients already on topical steroids and 5-ASA.

The 35 patients randomized to the FMT-AID arm received seven weekly colonoscopic infusions of FMT from multiple donors, drawn from healthy rural adults aged 18-45, and were instructed to follow an anti-inflammatory diet. The anti-inflammatory diet was “rich in dietary constituents that expand T-regulatory cells, promote healthy microbiota, and improve the intestinal barrier, and poor in dietary constituents that cause dysbiosis or have negative effect on intestinal barrier,” the authors wrote. Foods to avoid included gluten-based grains, dairy products, processed and red meat, food additives, and refined sugars. Participants were encouraged to increase their intake of fresh fruit and vegetables, fermented foods, cruciferous vegetables, and polyphenols. The patients received a diet chart to follow, and a dietitian called every 2 weeks during the first 2 months to assess diet compliance.

At 48 weeks, half the original cohort of FMT-AID patients had maintained clinical remission or response, compared with a third of the standard care group, but the difference between the groups didn’t reach significance. However, a quarter of FMT-AID participants (25%) had maintained endoscopic remission, compared with none in the standard therapy arm (P = .007), and the same was true for deep remission (25% vs. 0%; P = .007).

“The major strength of our study was a unique protocol combining two microbiome manipulation strategies: FMT and diet,” the authors wrote. “While both were used for induction of remission, the effect was maintained only with diet, which adds novelty to the study design.”

Vineet Ahuja, MD, DM, the paper’s senior author and a professor of gastroenterology at the All India Institute of Medical Sciences, said there likely wasn’t any major impact from the pandemic on participants’ ability to follow the diet given that none mentioned it during the dietitian calls.

“There are less possible chances of recall bias since we had a dedicated IBD dietician who would contact patients regularly for recalling the diet,” Ahuja said in an interview. “We also have created a diet app, IBD Nutricare, in which real-time recording of daily diet can be done by the patient and the input is analyzable at the web end.”

Ashwin Ananthakrishnan, MBBS, MPH, an associate professor of medicine at Massachusetts General Hospital and director of the MGH Crohn’s and Colitis center in Boston, found the study design “intriguing and practical.”

“Prior studies of FMT in UC examined UC alone – they required fairly high intensity of FMT treatment for the entire duration of the trial – consequently they may not be sustainable in real world practice,” Ananthakrishnan said in an interview. “This is a more practically applicable study where the dietary intervention could be continued for a longer period of time. So in all, it’s a very promising study and provides a lot of guidance into how to practically position these treatments.”

The authors similarly noted that the two-intervention approach is “practical for patients as they can practice the modified diet at home and avoid hospital visits for repeat FMTs.” The authors also noted that their study “provides a low-cost, safe alternative for IBD physicians in resource-limited settings.”

That said, Ananthakrishnan drew attention to the small size of the study as a limitation.

“To what degree the sustained benefit was due to AID vs. FMT cannot be established,” Ananthakrishnan said. “The optimized standard medical therapy arm had patients with mild disease who had only minor adjustments to their baseline treatment. Whether they would have had similar benefit if they had been treated with a short course of systemic steroids and continued their optimized treatment is unclear.”

The research was funded by a grant from the Indian Council of Medical Research. The authors and Ananthakrishnan reported no conflicts of interest.