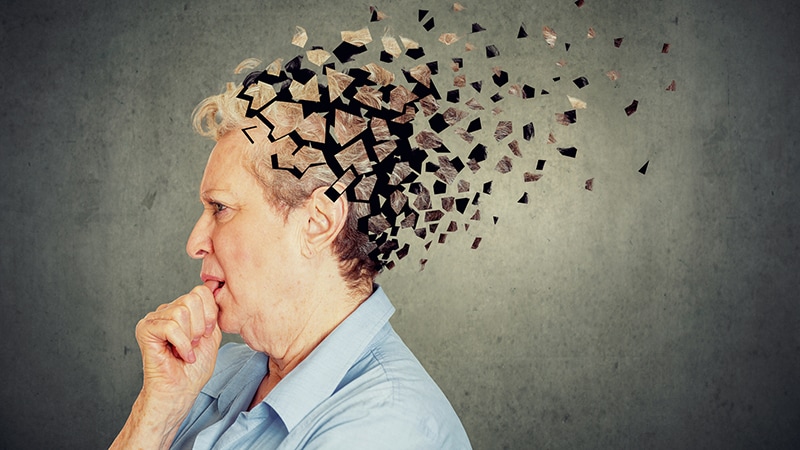 Earlier menopause appears to be associated with a higher risk of dementia, and earlier onset of dementia, compared with menopause at normal age or later, according to a large study.

“Being aware of this increased risk can help women practice strategies to prevent dementia and to work with their physicians to closely monitor their cognitive status as they age,” study investigator Wenting Hao, MD, with Shandong University in Jinan, China, says in a news release.

The findings were presented in an e-poster March 1 at the Epidemiology, Prevention, Lifestyle & Cardiometabolic Health (EPI|Lifestyle) 2022 conference sponsored by the American Heart Association.

Hao and colleagues examined health data for 153,291 women who were 60 years old on average when they became participants in the UK Biobank.

Compared with women who entered menopause around age 50 years (reference), women who experienced premature menopause were 35% more likely to develop some type of dementia later in life (hazard ratio [HR], 1.35; 95% CI, 1.22 to 1.91).

Blame it on Estrogen?

Reduced estrogen levels may be a factor in the possible connection between early menopause and dementia, Hao and her colleagues say.

Estradiol plays a key role in a range of neurological functions, so the reduction of endogenous estrogen at menopause may aggravate brain changes related to neurodegenerative disease and speed up progression of dementia, they explain.

“We know that the lack of estrogen over the long term enhances oxidative stress, which may increase brain aging and lead to cognitive impairment,” Hao adds.

Limitations of the study include reliance on self-reported information about age at menopause onset.

Also, the researchers did not evaluate dementia rates in women who had a naturally occurring early menopause separate from the women with surgery-induced menopause, which may affect the results.

Finally, the data used for this study included mostly white women living in the UK and may not generalize to other populations.

The UK study supports results of a previously reported Kaiser Permanente study, which showed women who entered menopause at age 45 or younger were at 28% greater dementia risk compared with women who experienced menopause after age 45.

“We know Alzheimer’s and other dementias impact a greater number of women than men, but we don’t know why,” she told Medscape Medical News.

“Lifelong differences in women may affect their risk or affect what is contributing to their underlying biology of the disease, and we need more research to better understand what may be these contributing factors,” said Snyder.

“Reproductive history is one critical area being studied. The physical and hormonal changes that occur during menopause — as well as other hormonal changes throughout life — are considerable and it’s important to understand what impact, if any, these changes may have on the brain,” Snyder added.

“The potential link between reproduction history and brain health is intriguing, but much more research in this area is needed to understand these links,” she said.

The study was funded by the Start-up Foundation for Scientific Research at Shandong University. Hao and Snyder have disclosed no relevant financial relationships.