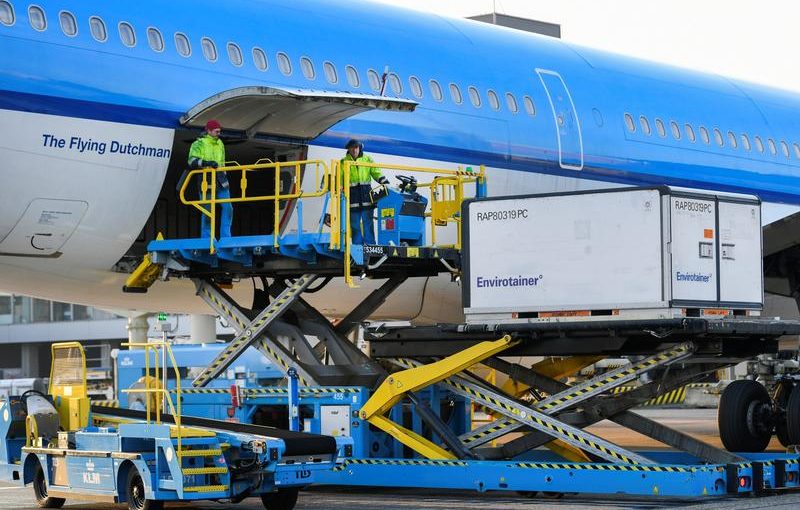 FRANKFURT (Reuters) – Global drugmakers are lobbying for wealthy nations to fund a supply mechanism that would secure vaccines for low-income countries without delay in case of a new pandemic, but said the proposal was contingent on free cross-border trade.

The International Federation of Pharmaceutical Manufacturers and Associations (IFPMA) said in a statement on Monday that global pandemic vaccine distribution needs to be put on a new footing because the world’s poorest countries were forced to wait for shots during the current pandemic.

“The industry is willing to reserve an allocation of real-time production for distribution to priority populations in lower income countries, as determined by health authorities during pandemics,” said IFPMA director general Thomas Cueni.

The global debate on a better response to disease outbreaks is in full swing as health ministers will meet in Geneva this week for the World Health Organization’s assembly, with vaccine-sharing among the many agenda items.

Separately, the G20 group of nations has agreed to a multi-billion dollar fund for pandemic preparedness that will be set up outside the WHO.

Cueni added the procurement mechanism needed funding by higher-income countries and could only work if materials and finished products can be shipped without barriers within a globalised supply chain.

“We are committed to working with governments and all stakeholders to help ensure that preparedness systems are put in place and maintained into the future,” said Cueni.

Trade barriers posed a big headache during the COVID-19 pandemic, now in its third year. Among the hurdles, key producer India banned vaccine exports for much of 2021, while the U.S. Defense Production Act, which prioritises the domestic crisis response, slowed global delivery of equipment for vaccine makers.

The COVAX vaccine-sharing facility was set up to secure distribution in poorer countries but it was overtaken by wealthier nations’ faster procurement efforts, leaving other countries behind.