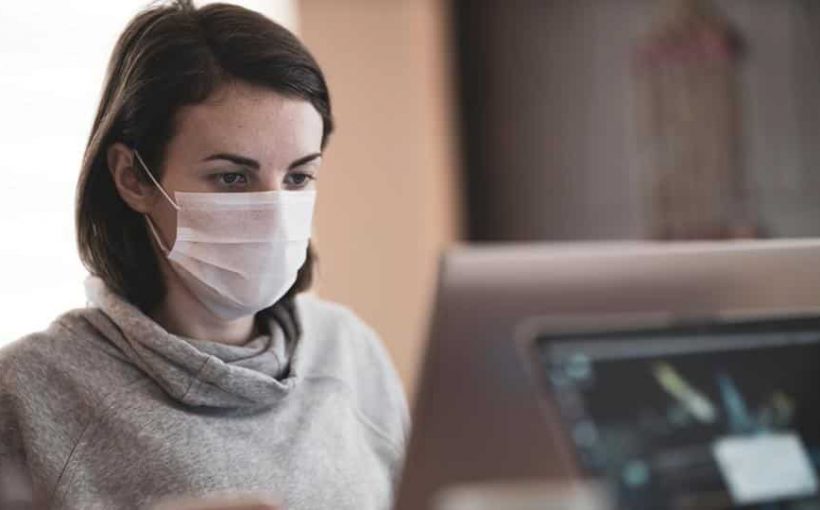 Amid the continuous surge in the number of coronavirus cases and deaths globally, the scientists have time and again reiterated the necessity of wearing a mask.

Wearing a mask is “one of the most urgent things we can do to get our country [US] under control,” Melanie Ott, director of the Gladstone Institute of Virology, was quoted as saying by The Wall Street Journal. “We’re all waiting for the vaccine, we’re waiting for therapeutics, and we’re not there.”

“We have masks, we have social distancing, and we have testing,” she said while adding “But there’s not much more in the toolbox here.”

Robert Redfield, director of the Centers for Disease Control and Prevention, was also quoted as saying that the pandemic could be brought under control over the next four to eight weeks if “we could get everybody to wear a mask right now.”

As the N-95 masks are dedicated for the healthcare workers amid the pandemic, The Wall Street Journal recently cited a study published last month in the journal Physics of Fluids stating that the researchers at Florida Atlantic University have found a well-fitted homemade stitched mask comprising two layers of cotton quilting fabric most effective in reducing the forward spread of droplets.

The researchers used a mannequin’s head, an air compressor and a smoke generator that mechanically simulated a cough to conduct the study.

According to the study, aerosol-size droplets expelled from the mannequin with the double-layered cotton mask travelled forward about 2.5 inches on average, and most of the leakage escaped from gaps between the nose and face. However, the loosely fitting facial coverings, including a folded cotton handkerchief with ear loops, as well as a bandana were less helpful as with those masks the droplets travelled on average about 1.25 and 3.5 feet, respectively. Meanwhile, the study found droplets travelled about 8 inches on average with cone-shaped mask.

“It was surprising in a good way to see that a homemade mask could do so well…that we don’t have to get a very fancy mask,” Dr Siddhartha Verma, one of the two authors of the study was quoted as saying. “A cotton mask can be washed at home and dried. Reusability is becoming important as we go into this for the long haul.”

The study’s authors — Siddhartha Verma and Manhar Dhanak — said they are still studying the leakage from a common disposable surgical mask.

Meanwhile, Amy Price, a senior research scientist at Stanford’s Anesthesia Informatics and Media Lab, was quoted as saying that rubbing the outer layer of the mask with a latex glove before wearing it creates static electricity. According to the Stanford researchers, the static electricity better prevents virus particles from passing from the mouth to outside of the mask.

The Wall Street Journal reported the University of Washington’s Institute for Health Metrics and Evaluation (IHME) as saying that the death toll due to COVID-19 in the US would rise to more than 224,000 by November 1 if the norms are continued to be relaxed. As per the Johns Hopkins University, about 140,000 people have succumbed to the disease in the US so far.

However, the IHME states that if 95 per cent of the US population wear masks the expected death toll would drop by more than 40,000 cases to about 183,000 people.

(This story has been published from a wire agency feed without modifications to the text. Only the headline has been changed.)