Home » Health News » Blood groups: There are way more than you think. Here’s why they matter 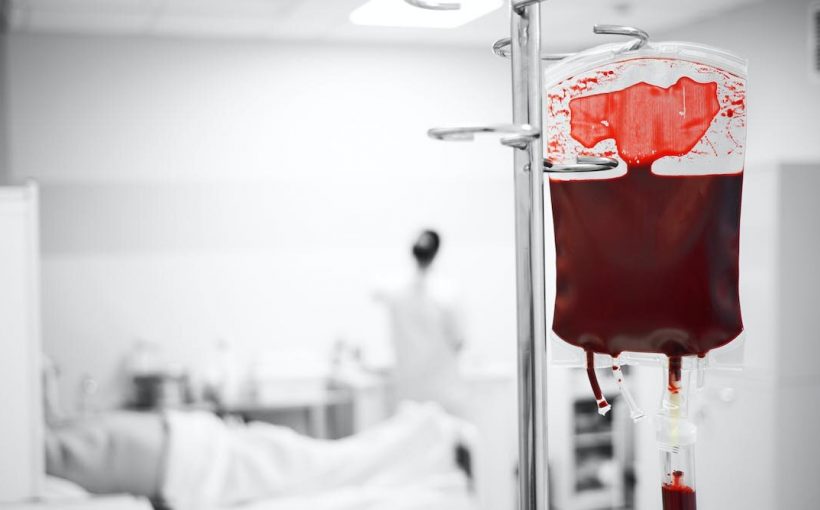 Although healthy red blood cells all appear the same down the microscope, close-up inspection shows they have crucial differences in the form of “antigens”—proteins and sugars that coat the red blood cells’ surfaces. It is these antigens that determine which blood group a person belongs to.

Most people go through life not really thinking about their blood group, but there are two stages in life when blood groups are fundamentally important: during pregnancy and when a blood transfusion is needed.

The ABO blood groups are the most widely recognized. Austrian physician and biologist Karl Landsteiner discovered them in 1900. He noticed that when he mixed blood from different people in his lab, it sometimes tended to clump.

Landsteiner found three blood group types, which he named A, B and O (for the German ohne, meaning without or null, because it didn’t clump at all). Researchers at Landsteiner’s lab later discovered a fourth blood group: AB.

Today, we know the reason people with, say, blood group A can’t donate blood to people with blood group B is because of antigens. Someone with A has the A antigen on their red blood cell surface and antibodies in their plasma that attack B red blood cells, which are seen as invaders. (Antibodies are Y-shaped proteins that neutralize things that don’t belong in the body, such as harmful bacteria and viruses.)

The reason Landsteiner noticed that O blood never clumped is because it has no antigens on the red blood cells, so antibodies have no reason to attack it. This blood group remains the most important when it comes to transfusion. People with AB can receive blood from any other group (their plasma has no anti-A, anti-B antibodies). People with O can donate to any other group and are hence known as “universal donors.” It is also, fortunately, the most common blood type—about 48% of people in the UK have it.

Giving people the wrong blood used to cause a significant number of deaths. However, since our understanding of blood and blood groups has increased, this number has declined substantially.

Many other blood groups besides

After the ABO grouping, the next most commonly recognized group is rhesus. It relates to the presence of another protein on the surface of red blood cells and is also one of the most complex blood groups. People are either positive or negative. Being rhesus (Rh) positive is more common than negative, with 85% of the UK population being Rh positive.

While this is not usually an issue in the first pregnancy, it poses a greater risk to subsequent pregnancies where the fetus is Rh positive, as the mother retains a low level of circulating Rh antibodies. In any subsequent pregnancy, there is a risk to a Rh-positive fetus that these maternal antibodies will cross the placenta and begin to destroy the fetus’s red blood cells.

When these different blood groups go undetected, it can cause an immune reaction that has the potential to kill the fetus. This was the case in the most recent discovery of the 44th blood group (specifically, two new antigen variations called Er4 and Er5), where the baby suffered a hemorrhage and sadly passed away. It can take as little as 0.01ml of blood to mix between the fetus and mother to cause death.

Thankfully, there are treatments available, such as intrauterine blood transfusions for the fetus, that can stop this from happening.

The next group, which is one of the most complex blood groups, is the Kell group. It was discovered in 1946 and named after “Mrs. Kellacher.” This mother expressed anti-K(ell) antibodies to her K-positive fetus. In Kell haemolytic disease, the precursor cells to red blood cells are destroyed, causing extreme and sometimes fatal anemia in the fetus.

There are many other blood groups, too, including Duffy, MNS, Lutheran, Kidd, P and Lewis systems, which, like those described above, have the potential to trigger an immune reaction, particularly between mother and fetus.

These are some of the more common blood groups that are recognized and need to be considered when planning for any type of blood transfusion to minimize the risk of reaction. Thankfully, there are protocols in place to ensure that blood is suitably matched and checked before being given to minimize any risks.

The rarer your blood group, though, the harder it can be to get blood for a transfusion, should you need one. Spare a thought for those people who are described as having “golden blood.” It is so rare that fewer than 50 people in the world are thought to possess it.