Home » Health News » Blocking distraction: How growing blood vessels do it all 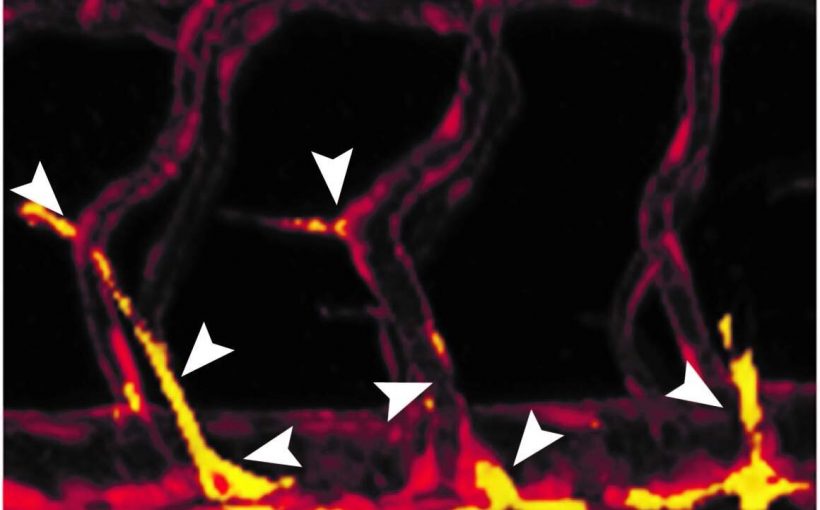 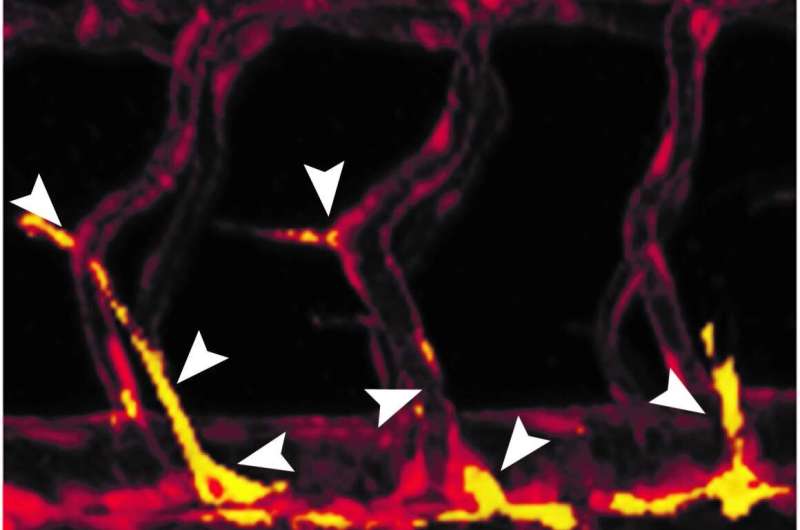 Growing blood vessels are experts at multitasking. Not only do cells in their walls divide, they must also sprout in new directions while learning to specialize, ultimately becoming part of vein, artery or lymphatic vessels. Prof. Karina Yaniv and her team at the Weizmann Institute of Science set out to learn how the cells juggle these multiple challenges, and they came up with surprising answers that may shed new light on cancer treatment, heart regeneration and other conditions involving blood vessel growth.

Dr. Ayelet Jerafi-Vider, a former research student in Yaniv’s lab in the Biological Regulation Department, together with Dr. Ivan Bassi, Noga Moshe and Yaara Tevet, decided to track cell division in the walls of growing blood vessels in transparent zebrafish embryos. To this end the scientists created transgenic fish in which the nuclei of endothelial cells—the cells that line the inner walls of blood and lymphatic vessels—lit up in changing colors: green when the cell was dividing, red when it was not. They were surprised to discover that whenever a cell started sprouting from the mother vessel, its nucleus was invariably red. This meant that cell division was temporarily suspended, apparently so as not to “distract” the cell while it was migrating. Only when the cell settled in the right spot did its nucleus turn green—that is, the cell then started dividing.

Yet another surprising finding awaited the scientists when they checked which genes controlled blood vessel growth. As expected, they saw that a growth factor called VEGFC was prominently expressed when the cells began to sprout and migrate. But this growth factor triggered the expression of genes that temporarily blocked cell division, including the well-known tumor suppressor p53. The cell resumed its division when it entered areas in which VEGFC levels were lower, and consequently, so were the levels of p53. The p53 gene, sometimes referred to as “the guardian of the genome,” has been extensively investigated in cancer, but the current study exposed an entirely new role: an enabler of cell sprouting during blood vessel growth.

“We’ve discovered a beautiful mechanism—the same growth factor that induces the sprouting also temporarily blocks the cell cycle, so the cell can sprout and migrate without busying itself with division, which is a complex and demanding process,” Yaniv explains.

Next, the scientists forcibly stopped cell division in growing blood vessels with a drug that is commonly used in cancer chemotherapy. This resulted in the enhanced growth of blood vessels, which sprouted in a disordered fashion and did not specialize into distinct vessel types. Their messy tangles resembled the disordered blood vessel growth that often wraps around and penetrates cancerous tumors.

“Our findings suggest that certain chemotherapy drugs may be solving one problem—blocking the division of cancerous cells, but creating another—stimulating the growth of blood vessels that can support the tumor survival,” Yaniv says. “If this is indeed found to be the case in further studies, it might point toward possible new ways of making chemotherapy more effective.”

If this concern is validated by further research, it will need to be taken into consideration when designing cancer treatments, so as to prevent the growth of new blood vessels in the wake of chemotherapy. On the other hand, understanding how exactly the growth of blood vessels is orchestrated and controlled may one day help enhance this growth when tissue needs to be regenerated or revived, for example, following a heart attack or stroke.