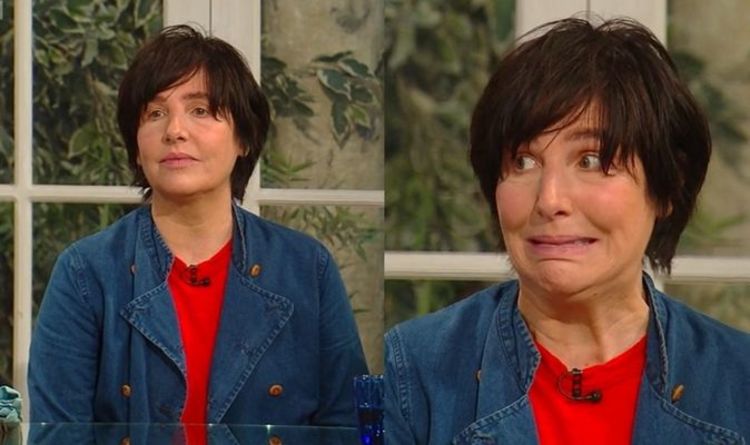 The episode featuring the Scottish singer song-writer – and lead singer of iconic band Texas – aired on September 18 and during the episode, regular chef Matt Tebbutt cooked up some delectable dishes. However, after the episode aired Coeliac UK – a charity who supports people who cannot eat gluten – wrote an open letter to the BBC on their thoughts of the episode and revealed a major mistake that occurred which could have made Sharleen drastically ill.

One of the dishes Matt cooked up used cheese made from ewe’s milk, toasted bread and chutney made from apples and plums.

Talking about the dish, Sharleen revealed: “I love carbs, I just can’t eat bread because it doesn’t like me. I’ve got coeliac disease.”

In response chef Matt Tebbutt said: “Well let’s not bring that on.”

Sharleen then said: “I won’t pass out or anything. I have the odd time.”

To which Matt jokingly said: “As long as you are alright until 11:30am.”

Once the dish was cooked Sharleen was then served up the exact same dish as other guests – bread included. It was this that then caused a backlash on social media.

The open letter posted on Coeliac UKs Instagram page on September 28 addressed the incident saying: “On last week’s Saturday Kitchen a presenter served a guest, who had stated she has coeliac disease, a food product containing gluten. This was irresponsible and careless and sent a dangerous and inaccurate message to those suffering from this serious autoimmune condition.

“A strict gluten free diet for life is the only treatment for coeliac disease and there is no luxury for the opportunity for a ‘cheat day’.

“When catering for those with the condition, all foods containing gluten must be avoided. Not only that but to avoid cross contamination, any food must be prepared separately from gluten containing foods.

“Even just a crumb could cause unpleasant symptoms and even if a food has only briefly been touched by a gluten containing product it will have collected the gluten protein.”

The charity went on to explain that they have been contacted by “countless” people who have the condition and found that the programme was “upsetting” and “unhelpful”, with the condition not being taken seriously.

The post gained more than 400 comments which reflected the public’s attitude towards the episode.

One comment read: “I have personally complained to the BBC. I’m yet to receive a response. I’ll be interested to hear what they have to say.” Whilst another said: “Thank you so much for doing this. I was sickened by what I saw.”

“Well done Coeliac UK! Clearly no one on the show has watched anyone suffer from coeliac disease,” another person wrote.

In a previous interview, Sharleen herself explained more about her condition. She said that before she had been diagnosed, the disease had “slowly been killing her,” and caused her hair to fall out.

Data provided by Coeliac UK reveal that one in 1000 people are affected by this common autoimmune disease. In fact the condition is 1.5 times more prevalent than type 1 diabetes, but sadly the charity reveals that “awareness is still low.”

They continue to say: “The attitude ‘a little won’t hurt’ is not only incorrect but also affects the quality of life of many people with coeliac disease.”

Symptoms of coeliac disease often resemble those of irritable bowel syndrome (IBS). The most common being diarrhoea as the body cannot fully absorb nutrients. Other gut-related symptoms include:

General symptoms of the condition include the following:

The NHS continues to explain that if left undiagnosed or untreated, the condition can have some severe complications. Although rare, this can include developing certain types of cancer. The risk of cancers associated with the small bowel and lymphoma are increased in those who are continuing to eat a diet containing gluten.

Malnutrition is another major side effect. Severe cases of coeliac disease can lead to your body not being able to function properly. Individuals who suffer from malnutrition have wounds that may never recover normally and muscles which begin to waste away.

The BBC have responded saying:

We’re aware of concerns raised about this edition of the show in relation to coeliac disease, which we have discussed with the programme production team. In line with the BBC Complaints process and to ensure we use our licence fee resources as efficiently as possible, we’re sending this response to everyone who contacted us about this matter. We’re sorry that for this reason we are unable to address all the specific areas of questioning but we hope this will help to clarify some of the points being raised.

We understand that coeliac disease is a serious condition and would like to assure you that Saturday Kitchen Live guests are always briefed on the dishes in advance and then again when they arrive on the day. We are aware that aspects of this episode have been misrepresented online. Nonetheless, although the guest was sharing the dish with her husband who doesn’t have coeliac disease, we acknowledge that the bread shouldn’t have been served on the same plate once she stated she had coeliac live on air.

Some viewers also feel that this episode could have been used as an opportunity to discuss coeliac disease more broadly. Saturday Kitchen Live is primarily a food entertainment show, which combines cooking with a range of chefs and celebrity guests; it isn’t appropriate for the presenter to press the guests on private medical matters.

Sharleen Spiteri did not wish to comment further on the matter.