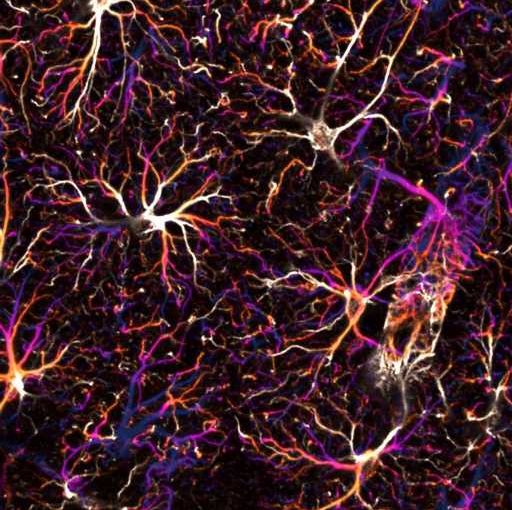 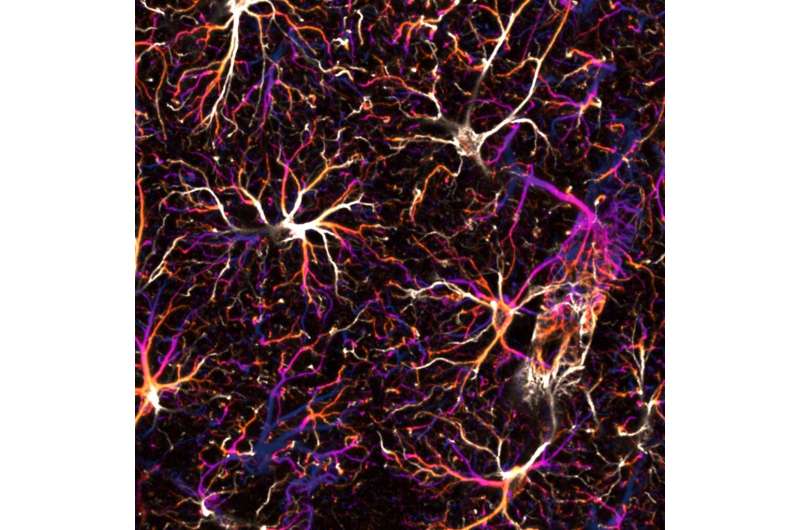 Astrocytes form large networks of interconnected cells in the central nervous system. When these cell-to-cell couplings are disrupted in the brain of adult mice, the animals are no longer able to store spatial information. The astrocytes network is thus essential for spatial learning and memory formation, as neuroscientists of the University of Zurich now show.

In the brain, neurons and astrocytes work together to process information and enable complex behavior and cognitive abilities. Astrocytes have many functions like controlling the blood-brain barrier, providing nutrients to the nervous tissue, and supporting its repair. An interesting feature of astrocytes is that they form large networks of connected cells. These couplings are made of specific membrane pores that are formed by a group of proteins called connexins. And through these connections, astrocytes can communicate with each other by exchanging various ions and small molecules.

A team of neuroscientists led by Aiman Saab and Bruno Weber at the Institute of Pharmacology and Toxicology of the University of Zurich (UZH), has revealed that in the adult brain of mice astrocyte coupling contributes to neural functioning in the hippocampus, a brain region that is involved in spatial memory formation. “We found that in adulthood an intact astrocyte network is essential for neural homeostasis, synaptic plasticity and spatial cognitive abilities of this brain region,” says Aiman Saab, last author of the study.

To elucidate the functional relevance of the astrocyte network, the researchers generated a mouse model in which the two key connexins responsible for linking astrocytes together can be selectively inactivated. Once the corresponding genes were turned off, the astrocytes lost their ability to maintain intercellular networks and astrocyte-to-astrocyte coupling was disrupted within a few weeks. 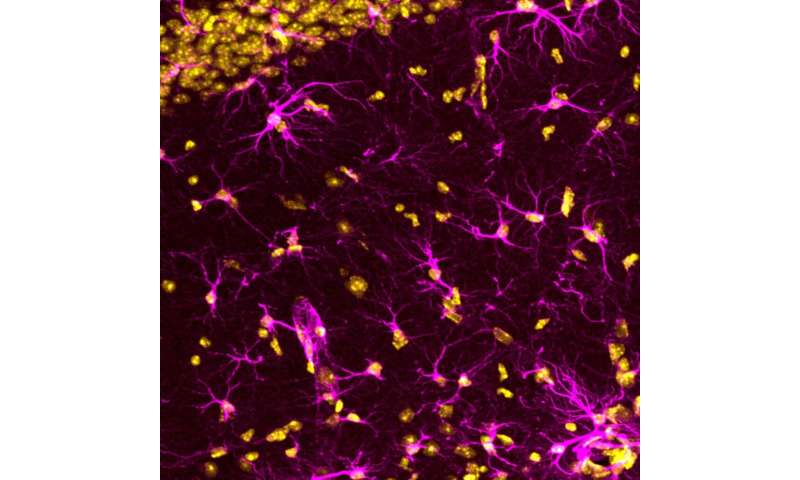 Disruption of the astrocyte network altered the excitability of the neurons in the hippocampus and their signal transmission at the synapses. Moreover, the strengthening of these specialized neuronal connections needed to store synaptic information was also compromised. This was accompanied by significant deficits in spatial learning and memory of the animals. “Astrocyte functions are known to be involved in shaping cognitive abilities. Our study now shows that an intact astrocyte network is critical for spatial memory formation in adult mice,” says Ladina Hösli, first author of the study.

Furthermore, the primary immune cells of the brain are also affected by the loss of astrocyte coupling. The activation of these so-called microglia observed in the mice are similar to changes documented in neurodegenerative diseases such as Alzheimer’s disease and neuropsychiatric disorders like depressions. “Astrocytes and microglia not only changed their morphology, we also found alterations in specific markers that are characteristic to disease-associated microglia,” says Hösli.

Since normal brain aging is also associated with changes in astrocytic coupling, these glial changes might contribute to the age-related decline in learning and memory. “Our study shows that in the adult brain the functioning of astrocytic connexins and an intact glial network may be important for the way astrocytes and microglia work together to maintain neural homeostasis,” says Aiman Saab. In a next step, the researchers aim to understand how microglial functions are altered when astrocyte coupling is perturbed.