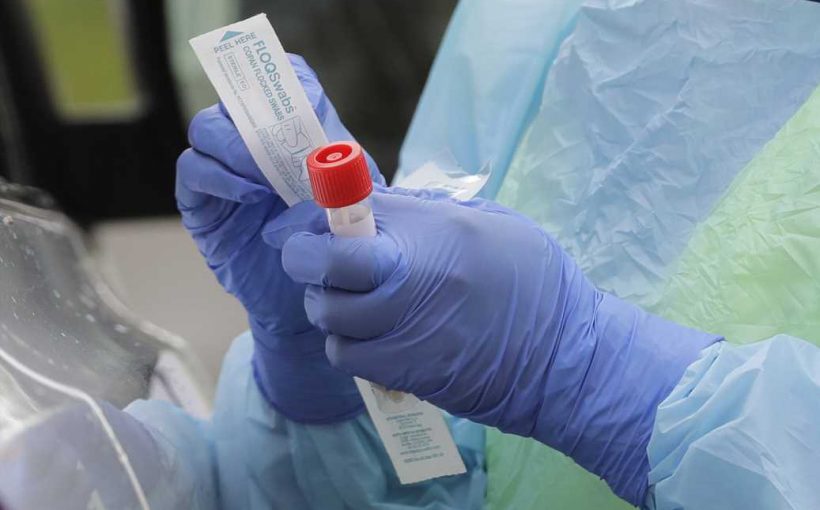 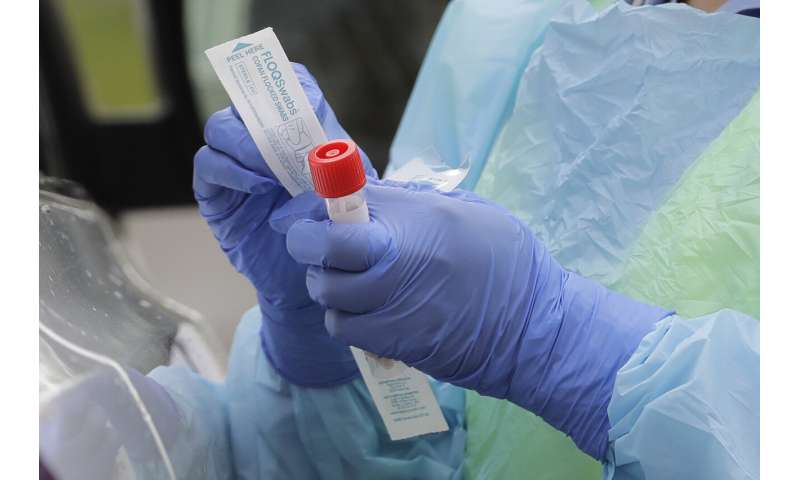 Three out of four U.S. hospitals surveyed are already treating patients with confirmed or suspected COVID-19, according to a federal report that finds hospitals expect to be overwhelmed as cases rocket toward their projected peak.

A report Monday from a federal watchdog agency warns that different, widely reported problems are feeding off each other in a vicious cycle. Such problems include insufficient tests, slow results, scarcity of protective gear, the shortage of breathing machines for seriously ill patients and burned-out staffs anxious for their own safety.

“There’s this sort of domino effect,” said Ann Maxwell, an assistant inspector general at the Department of Health and Human Services. “These challenges play off each other and exacerbate the situation. There’s a cascade effect.”

The inspector general’s report is based on a telephone survey of 323 hospitals around the country, from March 23-27. With hundreds of new coronavirus cases daily, the situation is becoming more dire for many the nation’s 6,000 hospitals. Others can still scramble to prepare.

“Hospitals reported that their most significant challenges centered on testing and caring for patients with known or suspected COVID-19, and keeping staff safe,” the report concluded. 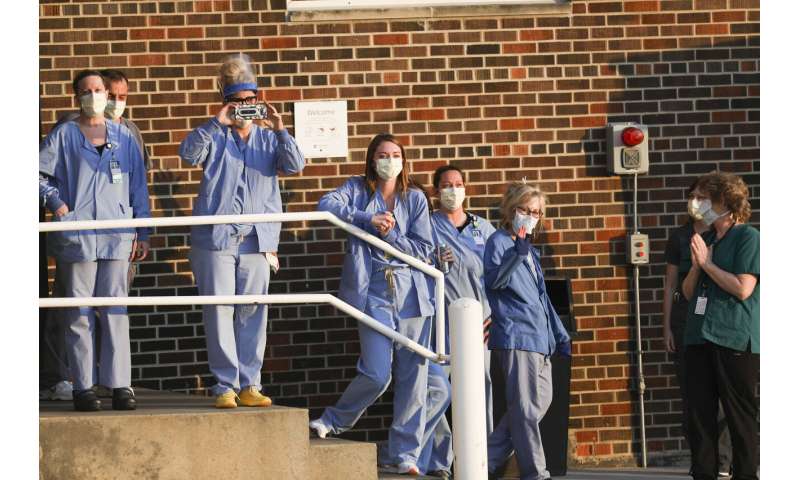 “It’s likely that every hospital in America is going to have to deal with this,” Maxwell said.

In most people, the coronavirus causes mild to moderate symptoms. Others, particularly older people and those with underlying health issues, can develop life-threatening breathing problems. The U.S. has more diagnosed cases in the global pandemic than any other country, according to figures compiled by Johns Hopkins University. Projections show the nation will see the peak impact later this month.

Maxwell said the key insight from the report is that different problems—usually addressed individually—are building on each other to entangle the whole system.

For example, a lack of testing and slow results means hospitals must keep patients with unconfirmed coronavirus disease longer.

That takes up precious beds and uses up protective equipment like gowns, masks and face shields, since doctors and nurses have to assume that patients with symptoms of respiratory distress may be positive. 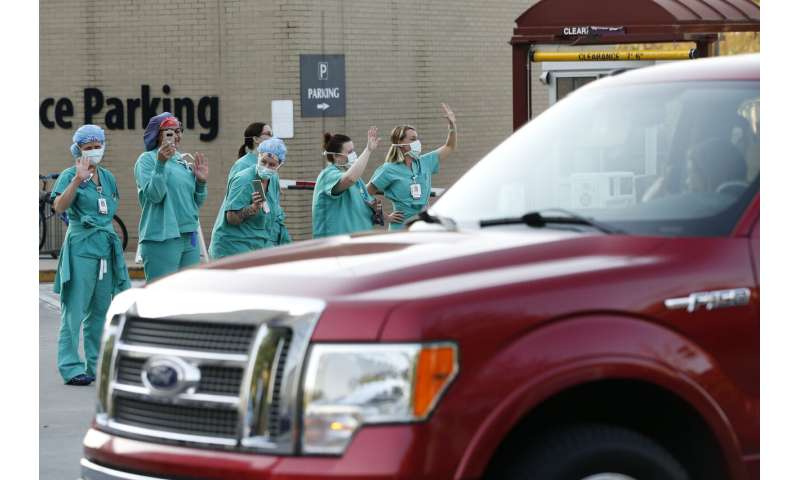 The increased workload raises the stress on clinical staff, who are also concerned they may be unable to properly protect themselves.

“Health care workers feel like they’re at war right now,” a hospital administrator in New York City told the inspector general’s investigators. They “are seeing people in their 30s, 40s, 50s dying. … This takes a large emotional toll.” The inspector general’s office did not identify survey respondents due to privacy concerns.

Overtime hours and increased use of supplies are raising costs at the same time that many hospitals experience a revenue crunch because elective surgeries have been canceled. The recently passed federal stimulus bill pumps money to hospitals.

“It is in fact a national challenge, not just from the hot spots, but from all over the country,” Maxwell said. Rural hospitals are vulnerable because of a limited number of beds and smaller staffs. 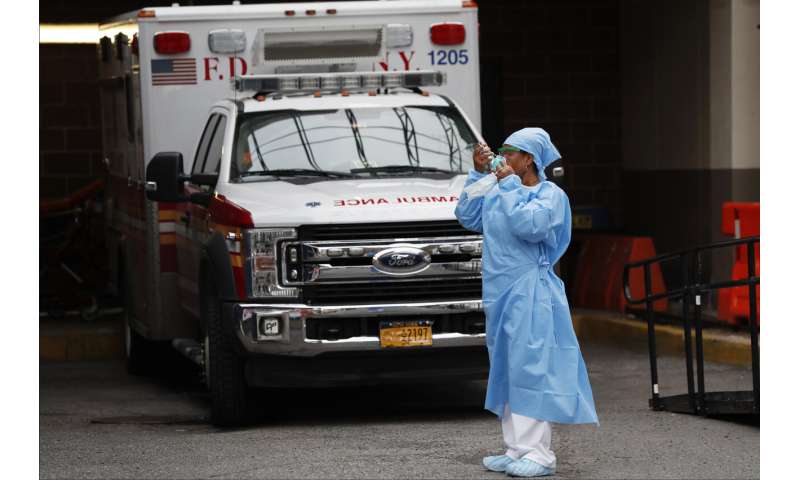 “Hospitals anticipated being overwhelmed by a surge in COVID-19 patients, who would need specialty beds and isolation areas for effective treatment,” the report said.

“We are finding that their lengths of stay are much longer than comparable illnesses like pneumonia and flu, and they are requiring a lot of drugs,” said Chip Kahn, president of the Federation of American Hospitals.

Rick Pollack, president of the American Hospital Association, said there are also shortages of critical drugs that are normally used to help patients being treated on breathing machines called ventilators.

Parts of Europe provide a glimpse of what hospitals in the U.S. are trying to avoid. The AP reported last week that some European nations are throwing together makeshift hospitals and shipping coronavirus patients out of overwhelmed cities via high-speed trains and military jets. In Spain, doctors are having to make agonizing decisions about who gets the best care. In the U.S., two Navy hospital ships have been deployed and field hospitals erected. 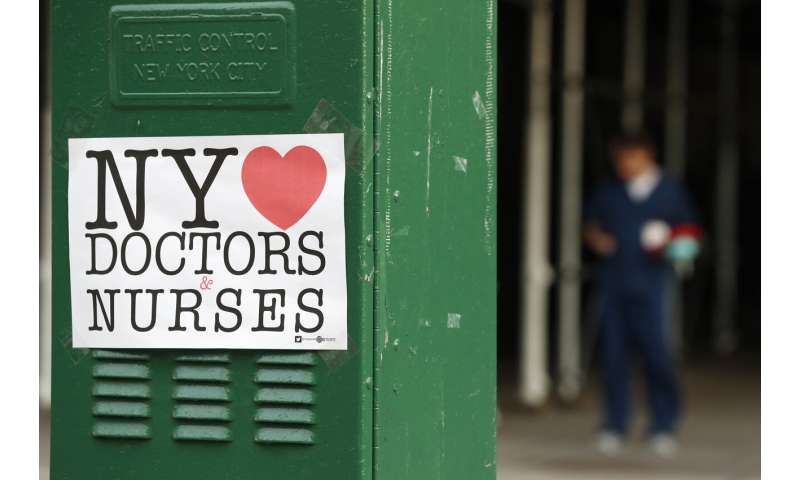 How to set priorities for the use of ventilators, breathing machines that can sustain life, is one of the most worrisome questions. Hospitals from Louisiana to New York and Michigan are already confronting projected shortages, the AP reported last week.

“Government needs to provide guidelines on ethics if health resources are limited and decisions need to be made about which patients to treat,” a hospital official in Broward County, Florida, told the inspector general’s office. “Are physicians liable for their decisions if that happens?”

Many hospitals are responding by improvising their own solutions. Some explored buying face masks from nail salons due to the shortage of personal protective equipment, or PPE. Others have been trying to make their own hand sanitizer by blending ultrasound gel with alcohol from local distilleries.

Ingenuity can create its own worries.