Home » Health News » Are you a mosquito magnet? It’s because of how you smell 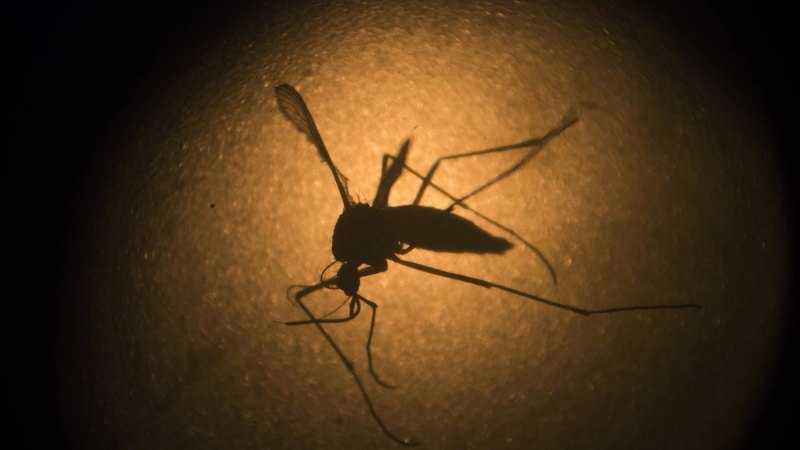 Some people are magnets for mosquitoes, emitting a tantalising combination of chemicals that invite the pesky insects to dine on them.

Researchers at Rockefeller University in New York found people who have higher levels of certain acids on their skin are 100 times more attractive to the female Aedes aegypti, the type of mosquito responsible for spreading diseases such as dengue, chikungunya, yellow fever and Zika. 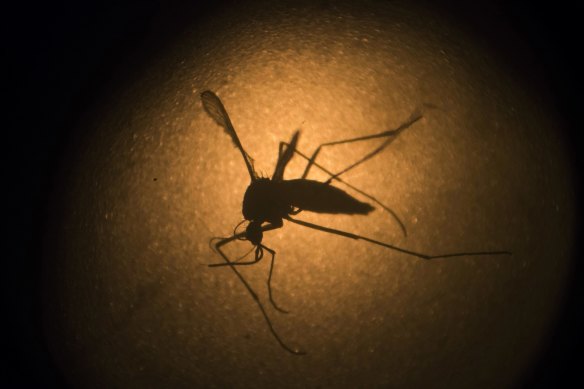 Researchers have found evidence that people with a specific smell are 100 times more likely to attract mosquitoes.Credit:AP

The findings, published this week in the journal Cell, could lead to new products that could mask or alter certain human odours, making it harder for mosquitoes to find human blood and potentially curbing the spread of disease.

Mosquito-borne diseases impact about 700 million people per year, and experts expect that number to increase as global temperatures rise, said Jeff Riffell, a professor at the University of Washington and a mosquito expert who wasn’t involved in the research.

Just by breathing, we’re broadcasting to mosquitoes that we’re there, says Leslie Vosshall, the chief scientific officer at the Howard Hughes Medical Institute and the lead researcher behind the new study. Female mosquitoes are built to bite for blood because without it they won’t have enough protein to reproduce.

“Think of it like a big protein shake,” Vosshall said. “It’s a way for them, over the course of one minute, to take in the equivalent of 150 pounds of food and then use that to produce eggs.”

Scientists already knew these mosquitoes have a preference for some humans over others but the reason isn’t fully understood.

Experts have found people seem to become more attractive to mosquitoes when they’re pregnant or after they’ve had a few beers, prompting further research into whether mosquitoes may be drawn to certain odours.

Vosshall, whose lab is at Rockefeller University, set out to find why some people seem to smell better to an A. aegypti mosquito than others.

Fortunately, nobody had to sit in a room full of mosquitoes to conduct this experiment. Instead, the researchers collected the natural scent from people’s skin by having them wear nylon stockings on their arms. They cut the stockings into two-inch pieces and placed two pieces of the fabric behind two separate trap doors in a clear plastic box where dozens of mosquitoes are flying around. The researchers would then open the traps and the insects would choose to either fly to the bait – the stockings – behind the first or the second door. 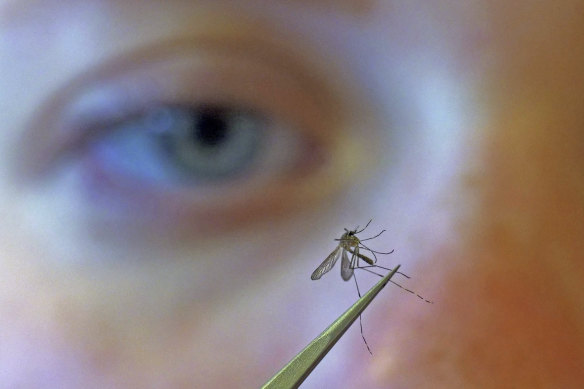 Bad news if you have the smell mosquitoes like – they keep coming back over years.Credit:AP

Vosshall said the researchers conducted a round-robin style tournament and counted each time an insect was drawn to a particular sample, much like points in a basketball game. One of the samples, described as being from “subject 33,” emerged as a favourite of the insects.

“Subject 33 won a hundred games,” Vosshall said. “They were totally undefeated. Nobody beat them.”

The study found that people like subject 33, who have higher levels of compounds called carboxylic acids on their skin, are more likely to be “mosquito magnets,” Vosshall said.

All humans produce carboxylic acid through sebum, a waxy coating, on their skin. The sebum is then eaten by millions of beneficial microorganisms to produce more carboxylic acid. In copious amounts, the acid can produce an odour that smells like cheese or smelly feet, Vosshall said. That smell appears to attract the female mosquitoes on the hunt for human blood.

Notably, the nylon stockings used in the study didn’t actually smell like sweat, she said. The mosquitoes are incredibly sensitive to human odour and perfume or cologne can’t cover it up. The experiment was conducted over the course of three years, and the same people continued to appeal to mosquitoes, regardless of what they ate that day or whether they changed their shampoo, Vosshall said

The study didn’t answer why some people have more carboxylic acids on their skin than others. But, Vosshall said the composition of the skin microbiome is unique in every individual.

“Everybody has a completely unique village of bacteria living on their skin,” Vosshall said. “Some of the mosquito magnetism differences we’re seeing here may simply be the differences in types of bacteria.”

LJ Zwiebel, a professor at Vanderbilt University who was not involved in the research, said that while carboxylic acids are clearly implicated in the study, there’s no “single compound” that attracts mosquitoes. It’s probably a “cocktail” of different components that signals the mosquito to home in and bite, he said.

“The mosquito is a multimodal magnet that uses a lot of different signals,” Zwiebel said. The carboxylic acids are “one significant component but not the only one.”

For someone who doesn’t want to be bitten by mosquitoes, Zwiebel said his advice is to take a shower to cut down on “all these juicy compounds” that are on your skin, especially around your feet, with its “unique odours.”

Vosshall said the future lies in figuring out how to “manipulate” the odours that originate from the skin and, potentially, the bacteria living there. Scientists, for instance, may be able to develop a probiotic skin cream that interferes with or reduces the levels of certain byproducts, which could make a person less attractive to mosquitoes.

“Only when you understand what makes people a mosquito magnet can you begin to brainstorm ways to stop that,” Vosshall said.