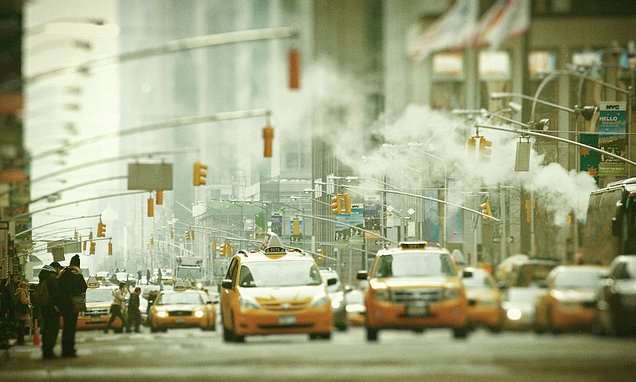 Air pollution can trigger an irregular heartbeat in teenagers – putting them at risk of sudden death and heart disease, study finds

Fumes belched out by cars, buses and power plants may be triggering irregular heartbeats in teenagers — raising their risk of cardiovascular disease or even sudden death, scientists have suggested.

Researchers at Penn State University found that nearly 80 percent of urban-dwelling 17-year-olds they tracked suffered from the condition, known medically as an arrhythmia. They blamed it on particles from exhausts getting into the lungs and blood, causing inflammation.

Air quality in many U.S. cities has vastly improved since the 70s and 80s, but many experts warn that fumes released by vehicles and industry remain a danger to people’s health. Globally, the World Health Organization says a billion people breathe unhealthy air every day.

Scientists behind the study said it was the first to find youngsters could face heart problems due to air pollution. Previously, this link had only been suggested in adults. 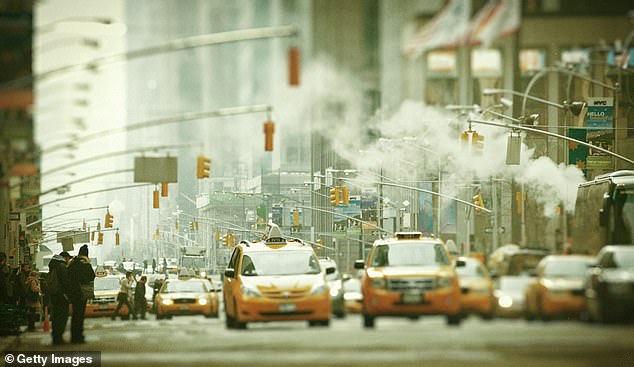 Scientists at Penn State University found four-fifths of the 300 teenagers they monitored suffered irregular heartbeats over 24 hours. They blamed this on air pollution. (File photo of pollution in New York City) 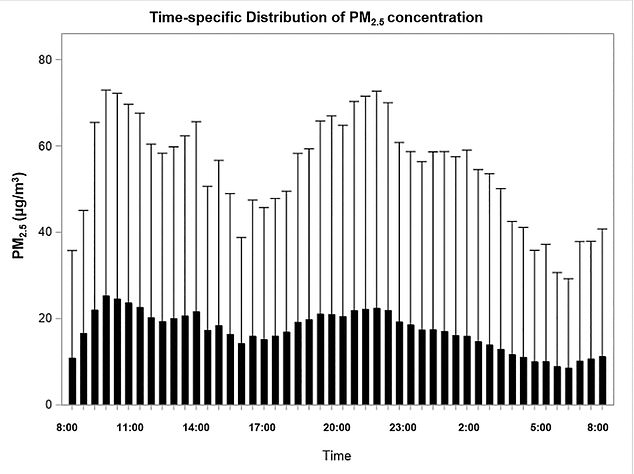 The above shows the average levels of air pollution (black bars) recorded over 24 hours among participants. They were measuring PM2.5 levels — a particle released from exhausts on cars. The Environmental Protection Agency says its levels should not exceed 35 mg/m3

For the study, published in the Journal of the American Heart Association, the scientists re-analyzed data from another paper completed in 2017.

In this research — named the Penn State Child Cohort Study — about 700 children between the ages of six and 12 were recruited from Harrisburg, Pennsylvania, to have their cardiovascular health checked.

Seven-and-a-half years later they were invited for a follow-up appointment, when they most were about 17 years old.

As part of the original study, each was exposed to about 17 micrograms of particulate matter (ug/m3 — PM2.5) — or air pollution — in the air a day, which is half the safe limit set by the U.S. Environmental Protection Agency.

At the time they were also fitted with a device to monitor air pollution and a separate one to check for irregular heart rhythms over 24 hours.

PM2.5 is a tiny piece of a solid or liquid that is suspended in the air.

It can include metals, microplastics, soils and chemicals.

PM2.5 is often emitted when substances are burned, such as fuel in a car or tobacco in a cigarette.

But it can also get into the air when particles on a surface are disturbed by sudden movements.

The particles can get into the eyes, ears, nose and throat — triggering irritation.

Studies have shown they can worsen asthma and heart conditions.

Irregular heart rhythms are premature contractions of the heart muscle, often described as a ‘skipped beat’.

Results showed 79 percent of participants had at least one irregular heart rhythm during the 24-hour study period.

There was no association between the concentration of PM and the number of irregular contractions.

People suffering from irregular heartbeats may feel a fluttering or racing sensation in their chest.

But in more serious cases it can also cause chest pain, shortness of breath and fainting.

Doctors warn it can lead to a higher risk of heart disease and stroke.

And in rare cases can cause sudden cardiac death — when a malfunction in the heart disrupts its pumping action leading someone to lose consciousness seconds later. Death occurs within minutes without treatment.

Dr Fan He, a public health expert and lead author of the study, said: ‘It is alarming that we were able to observe such a significant impact of air pollution on cardiac arrhythmias when the air quality remained well within the health-based standards established by the EPA.

‘It may suggest that adolescents who live in highly polluted areas such as inner cities are at even higher risk.’

In New York City, levels have reached 30 (ug/m3) this week, data from local air quality monitoring stations showed, while in Los Angeles they have reached 18.5.

To combat the pollution, He recommended wearing masks and avoiding vigorous physical activity when pollution levels are higher — such as during the early morning rush hour.

Exposure to air pollution in 2017 was associate with more than seven million premature deaths, a study suggested.

Dr Robert Brook, a cardiovascular disease expert at Wayne State University in Detroit who was not involved in the research, said: ‘The most interesting and significant aspect of this study is clearly that the results were found in healthy young adolescents.

‘The study adds support for the concern that even healthy young people are not immune to adverse cardiovascular responses.’

He added: ‘It is plausible that the findings help explain the potential reason for the time of onset of arrhythmias and even sudden death in some susceptible young people.’