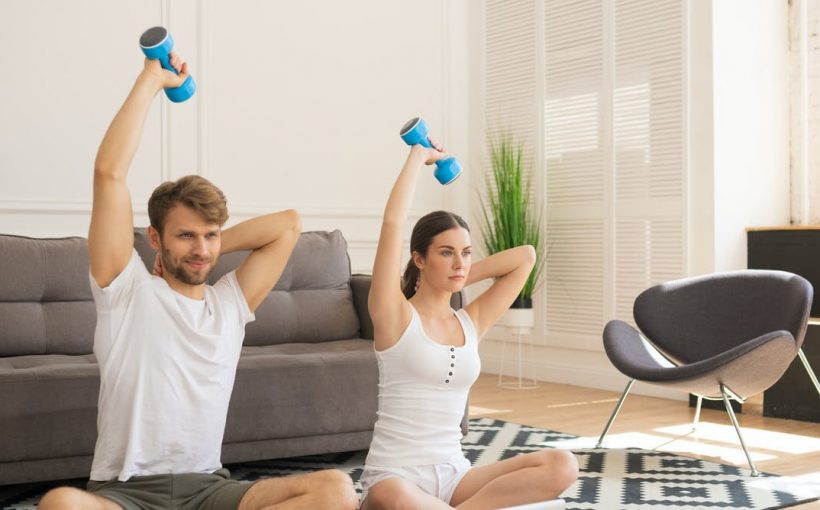 Exercising has been crucial to maintaining mental and physical health throughout the COVID-19 pandemic. However, not everyone can be equally active. Women are generally less active than men and this disparity between genders in exercise participation exacerbates the gender inequality in health.

Since March 2020, when countries and cities across the globe started their lockdowns, the World Health Organization (WHO) launched the #HealthyAtHome campaign to encourage populations to stay active while social-distancing or self-isolating at home.

Since the COVID-19 pandemic began, we have observed that peoples’ physical exercise routines can be disrupted. Places where people are regularly active such as fitness centers and parks may have been temporarily closed. While on the other hand, working from home and online schooling have allowed for more flexibility in choosing when to exercise.

Whether people have been able to remain physically active these past 12 months, may depend on their backgrounds and circumstances—some may have had to continue working during the pandemic (for example, frontline and essential workers) and are exhausted by the demands of their jobs.

Our recent research shows that while people have become more active overall since the onset of the pandemic, the gaps in exercise have been widening between gender, income, race and education. 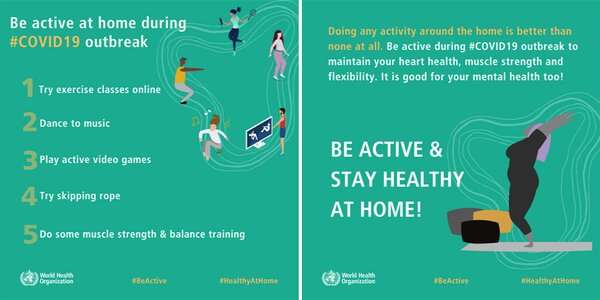 Exercise is critical for health during COVID-19

Staying physically active during the pandemic can prepare and strengthen people’s immune systems against COVID-19, reducing the likelihood of severe symptoms caused by the infection.

Because of the pandemic, people and communities worldwide have been experiencing higher levels of stress, anxiety and depression. They may worry about the well-being of loved ones, fear getting sick, stress about losing their income and feel emotionally isolated, insecure, bored and confused.

Those who exercise more frequently during the pandemic are found to report more favorable mental health. Research finds that regular exercise can help reduce the risk of depression and help maintain calmness. 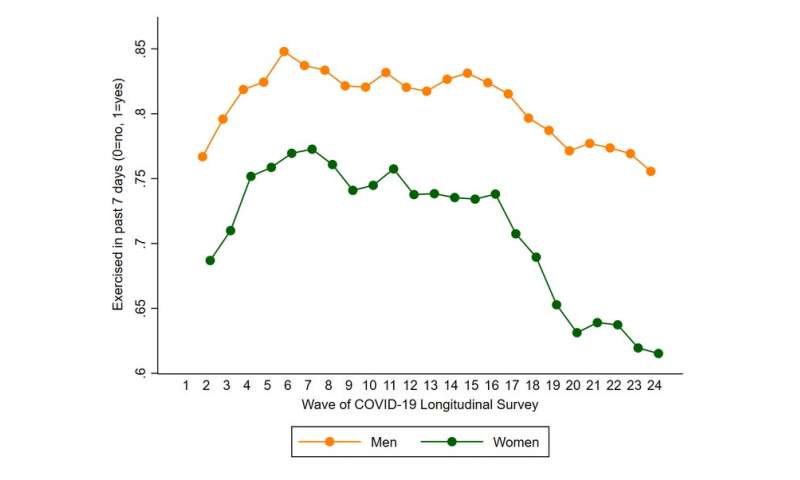 Gender inequality in exercise during COVID-19

Inequality in exercise participation was prevalent before the pandemic.

Women are often less physically active than males across age groups due to their gender roles and responsibilities, and this is often exacerbated due to race, class and disability.

Our analysis of data from the Understanding Coronavirus in America project shows that during the pandemic both men and women have become more physically active. However, the gap between men and women in exercise participation has also substantially widened.

From March 2020 to March 2021 a new wave of the survey was fielded every two weeks, with a total of 24 waves of data, exercise participation among men and women increased during the onset of the pandemic (waves 2-6, April to June 2020). Since then, however participating in exercise has started to decrease.

There may be many reasons for this. Women are often primary caregivers and may have more responsibilities during the pandemic such as taking care of children and caring for elderly family members who are self-isolating. Many women are also essential workers (including nurses and personal service workers in long-term care homes and hospitals) who may have no time to exercise. 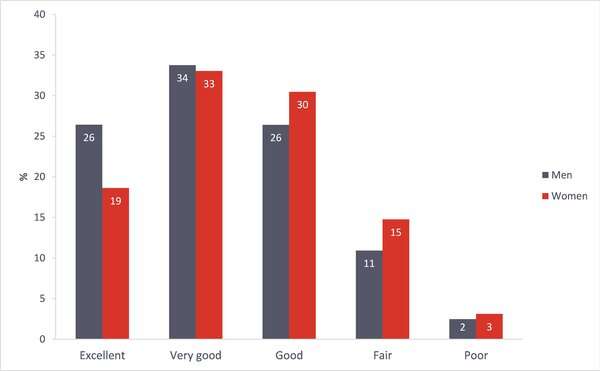 Because women tend to report poorer mental health than men in general, women’s participation in exercise would help reduce the gender inequality in health.

We analyzed data from the Canadian Perspectives Survey Series (CPSS). This is a set of online surveys that has been collecting information from residents across Canada since March 2020. The first three waves of the CPSS data (April, June, and October) were combined to examine peoples’ mental health and physical exercise behavior.

Our analysis shows that during the pandemic women are reporting poorer mental health than men. Higher percentages of men report their mental health as “excellent” (26 percent) and “very good” (34 percent) compared to women (19 percent and 33 percent, respectively). 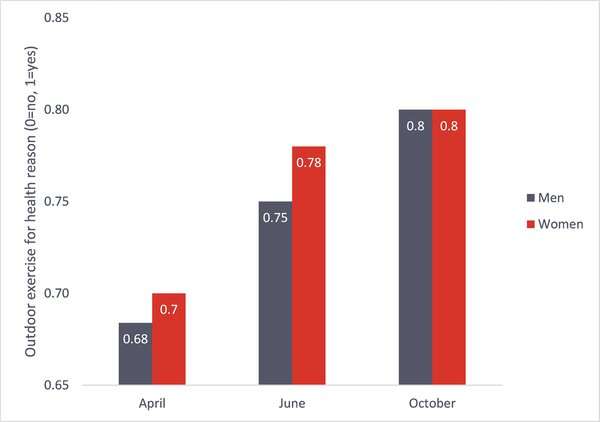 Not all women and not all men, as we have noted, are positioned equally in society.

While research shows that the gaps in physical exercise have widened substantially between men and women, it has further widened between whites and non-whites, rich and poor and educated and less educated, especially during the pandemic.

There are many reasons for these disparities including systemic racism, lack of opportunities and access. For instance, many low-income and racialized neighborhoods lack infrastructure investment in health care, and also do not have parks or outdoor exercise areas.

People from these neighborhoods may also lack the time to exercise because they are the ones who have been servicing the more privileged populations during the pandemic.