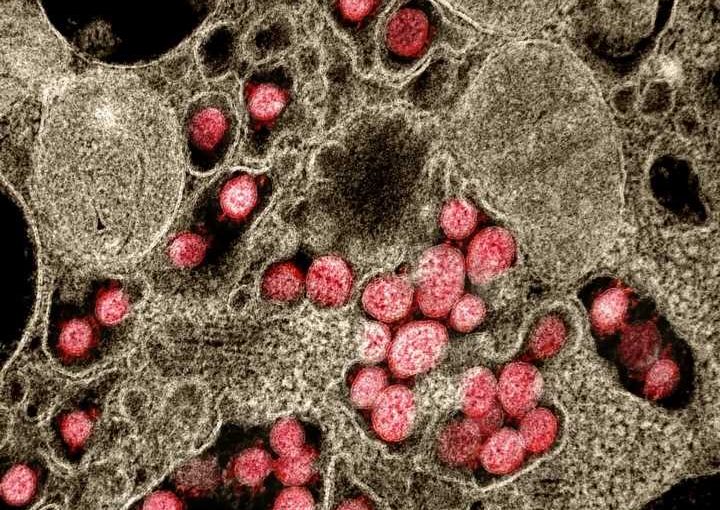 Even as several safe and effective COVID-19 vaccines are being administered to people worldwide, scientists are still hard at work developing different vaccine strategies that could provide even stronger or longer-lasting immunity against SARS-CoV-2 and its variants. Now, researchers reporting in ACS Central Science have immunized mice with nanoparticles that mimic SARS-CoV-2 by displaying multiple copies of the receptor binding domain (RBD) antigen, showing that the vaccine triggers robust antibody and T cell responses.

Although the first vaccines to receive Emergency Use Authorization by the U.S. Food and Drug Administration were based on mRNA, more conventional protein-based vaccines have also shown promise in clinical trials. Most train the immune system to recognize the RBD, a peptide that is the portion of the SARS-CoV-2 spike protein that binds to the ACE-2 receptor on host cell surfaces. However, not all of these vaccines elicit both antibody and T cell responses, both of which are thought to be important for longer-lasting immunity. Melody Swartz, Jeffrey Hubbell and colleagues had previously developed a vaccine delivery tool called polymersomes—self-assembling, spherical nanoparticles that can encapsulate antigens and adjuvants (helper molecules that boost the immune response) and then release them inside immune cells. Polymersomes trigger robust T cell immunity, and the researchers wondered if they could further improve the antibody response by engineering the nanoparticles to mimic viruses by displaying multiple copies of the RBD on their surfaces.