Home » Health News » 10 Ways To Care For a Grieving Friend 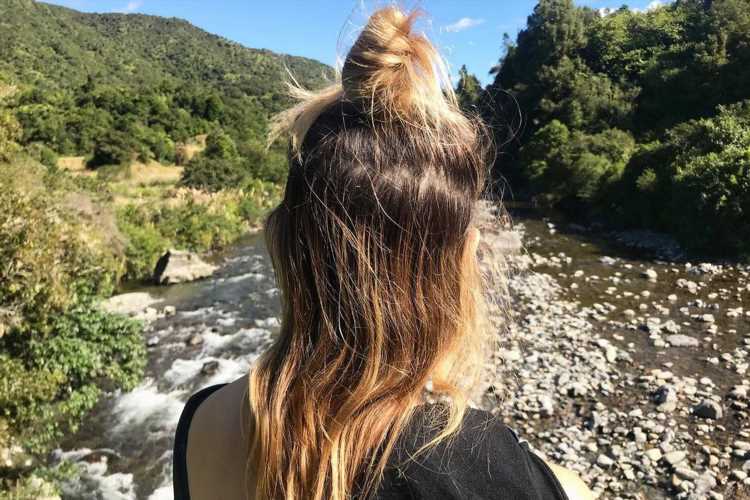 I’ll come clean, I used to be the kind of person who, when I heard someone had lung cancer, would think – did they smoke? Or that a car crash came from going too fast. It was a blissful bubble of ignorance and good luck, to think life was controllable and karmic.

My easy ride came to a grinding halt when my husband, Cam, died at 34 from a rapid and rare type of cancer.

He’d done everything right – a fit, vegan body, teamed with a zen mind. In my grief I’ve connected with many others who have lost loved ones to freak illnesses and events, at unjust ages and stages of life. I expect if you’re reading this, you too know someone who is grieving – or perhaps you are far smarter than I was and know the chances are you will in time.

Life is a whirlwind of fortunate and unfortunate events, we really can’t control too much – but we can show up. As a friend of someone grieving it asks a lot of you.

I’ve spoken to fellow grievers about how their friends have helped them or what they wish their friends had known in the midst of their loss. There’s no manual but, if we did write one, it would look a little like this:

After the death of her fiancé, Ben, Lotte Bowser set her mind to creating better conversations around grief. You may stumble over your words or not get it ‘right’, but just being there goes a long way. She says “to sit alongside somebody in the midst of their pain – without attempting to fix it, or without running from it when it becomes uncomfortable – is the greatest act of allyship in grief. Doing so provides them with an invitation to feel truly safe, seen and validated, which is incredibly healing in itself”.

Cam’s death was a disaster, a mess, unfair, utter crap. It helped when my friends acknowledged that rather than reaching for a platitude plaster that couldn’t hold. Gratitude for a life well lived may come in time, but in the immediacy of grief it’s ok to revel in the pain.

There’s no hierarchy in grief, but we do expect life to unfold in some sort of order. We expect to lose our grandparents before our children. Unless you have been through something very similar, best leave comparisons at the door – they don’t serve much purpose at best, and can feel hurtful at worst (especially when comparing a dead cat to a dead husband).

A well-intentioned friend tried to explain her concept of karma after Cam’s death. I may have got the wrong end of the stick, but understood it to be that his illness was tied to a previous life. It didn’t give me any comfort, nor does ‘he’s in a better place’ align with my beliefs. If you’re sure your friend shares the same spiritual ideas, they may take some comfort in discussing them with you. If you’re not sure, put your faith to one side.

Speak about the person

The answer to “I’m not sure if you want to speak about them” – always! Sometimes we tiptoe so much in grief it can feel like we’re talking about He-Who-Must-Not-Be-Named. Retelling stories and sharing memories is one way to keep someone’s spirit alive and it’s a beautiful gift to give your friend the space to do that. Now, did I tell you about the time Cam was almost eaten by a bear?

Prepare for plans to be cancelled

Give your grieving friend a pass to cancel plans. It’s a balance of course; you won’t want your friend to become a hermit but also give them room to cancel plans when they really can’t face it. A day may be particularly sidelined by grief or perhaps the plan involves somewhere or something which brings up a painful memory (it can be the smallest thing). Also those flaky excuses – ‘I’m sick’, ‘my car has broken down’ – roll with them, sometimes saying its grief is really hard to do.

Ask yourself, how can I help?

When Cam was in the hospice my friend organised a vegan meal-in-a-jar delivery service to our room. If she asked, “how can I help?”, I wouldn’t have answered with that (for starters, who knew it was a thing?). Another added me to their movie streaming services for some distraction on the nights I couldn’t sleep – genius. Rather than ask the griever what to do, come up with your own way to help.

Message without a question

After Cam died I received “How are you?” messages by the bucket load. If you want to send something short and sweet, go with “Sending love your way” (or similar). A question expects a reply and it can be overwhelming to keep up.

Especially as time rolls on a little, you don’t want to be the person who messages about a minor spat at work on a death-anniversary.

This is a long-term commitment. A lot of people jump in at the start but it takes a special friend to be there two months… one year, down the track. As Amber Jeffrey, creator and host of The Grief Gang podcast puts it, “Keep showing up, even when the dust settles, keep showing up. Put your face there no matter how uncomfortable it makes you feel. I promise you, it doesn’t go unnoticed or unappreciated”.

When your friend’s life is obliterated into a million pieces, it’s not your job to glue the pieces back together and make it ok. What you can do is be there, hand in hand, as they navigate their loss and build a new life around it. It builds a special kind of friendship that will serve you both well in all the best and worst times to come. As writer and occupational therapist Mira Simone acknowledges, “Grief can actually help build a strong network of friends who truly know how to show up and be in it together”. Being a friend through grief is a gift. Please know how precious you are.