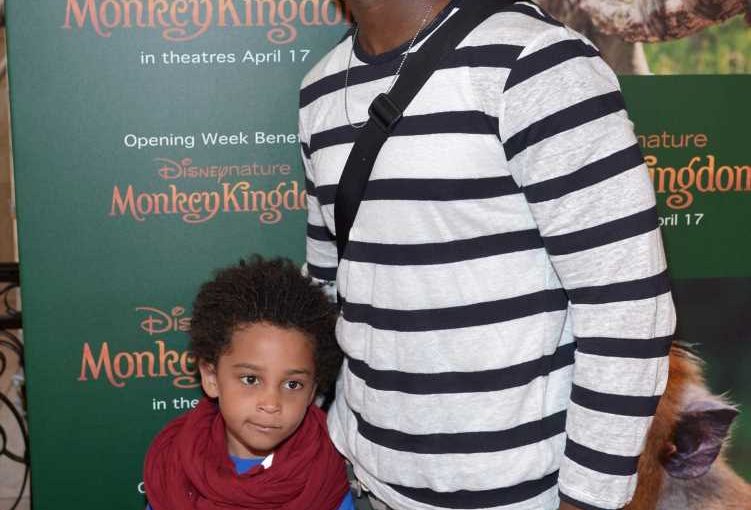 Taye Diggs may be ready to enter the dating scene, but Walker Nathaniel is certainly not a fan of the idea.

The two have a very close father-son bond, and the 9½-year-old is worried that it will take away from their precious time together — but Diggs, 48, confirms to PEOPLE that his child is still “No. 1 in my life right now.”

The actor says that while he understands his son’s feelings and has been following through, changes may be coming down the pipeline sooner rather than later.

“I’ve been respecting that up to now, but I feel like I need to have a discussion with him pretty soon,” Diggs told PEOPLE at an event with the New York City Department of Education.

The department is receiving funding from a partnership with AdoptAClassroom.org and Burlington to provide necessary school supplies — in particular, those for fine-arts education.

: Taye Diggs Says Son Walker Is Protective When It Comes to Dating: He “Doesn’t Want Me to Have a Girlfriend”

Burlington is making their largest-ever one-time donation of $100,000 for school supplies, which will be distributed to teachers across all six school districts in Manhattan.

And for Diggs, this event is near and dear to his heart and “means so much,” as the former Private Practice star comes from a long line of educators and now has a child in school himself.

“I’m a teacher myself, so obviously the importance of getting teachers more money so that they can supply their students with the proper school supplies is very important. I’m very passionate,” he tells PEOPLE.

Diggs has been navigating the world of co-parenting since 2013, when he and Walker’s mom Idina Menzel announced their split after a decade of marriage, finalizing their divorce the following year.

And while co-parenting can be challenging, Diggs says now that putting a child first can make it “much easier to avoid all of the personal potholes.”

“We were friends to start out with, but especially when you have a kid in the mix, there’s no time for any negativity,” Diggs said of himself and Mendel, 48, in a previous interview with PEOPLE.

The actor reveals that he has several upcoming projects, including a new podcast about parenting. While details are still to come, he hopes to share what he has learned as a parent through this new platform.