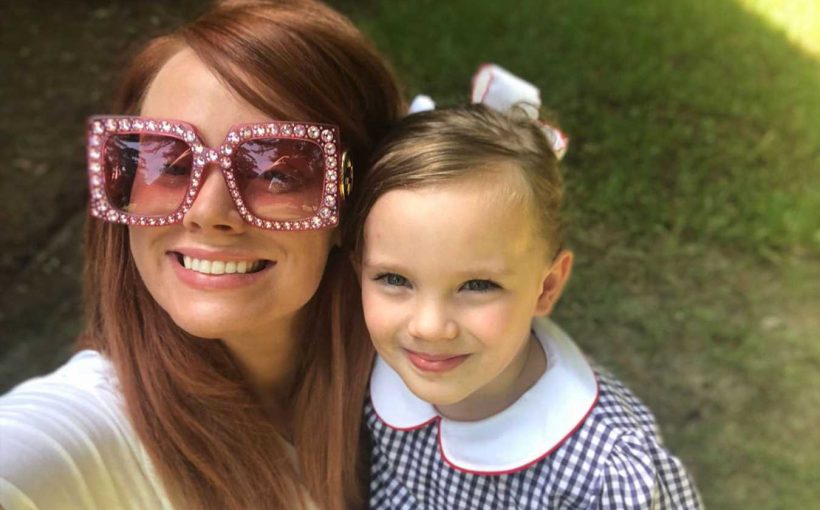 Kathryn Dennis is moving forward after the death of her mother.

The youngsters couldn’t have looked more ready for a new academic year on Monday, dressed in their scholarly best. For Kensie — who started kindergarten — that ensemble included a long-sleeved dress with a navy neckerchief, red sneakers and a bright-red bow in her hair.

Saint, beginning a new school, wore a red-and-white striped shirt over blue shorts and gray sneakers, hugging his big sister and posing with her and their mom for the adorable snapshots on Kathryn’s Instagram Story.

“Am I about to be in the parent drop-off line? Wow, that happened quick,” the reality star said in a since-expired video showing her dropping her kids off at school, Yahoo! reports. “Maybe I’m joining the PTA … I’m still cool, right?”

She also sent a message to fellow moms who were having a hard time, reportedly saying, “We can do this. We will not cry.”

While reps for Kathryn did not respond to PEOPLE’s request for comment, a source close to the Bravo star confirmed the news on Thursday that her mother had died the previous day, at the age of 59. She had previously battled cancer and moved in with Kathryn during that time.

“Their family requests privacy while they mourn with the sad loss,” an insider close to Kathryn told PEOPLE. “They’re very private people and they want their time to cope.”

Kathryn told PEOPLE in April she was “incredibly close” with Allison, who was a descendant of the seventh U.S. vice president, John C. Calhoun, saying, “My mom’s my best friend. She stuck by me through so much. I don’t know what I would do without her.”

“She was sick for a year and a half and I was taking care of her,” Kathryn added. “She’s since been living with me, essentially. It’s great to have her around, especially because she’s so good with the kids. She’s amazing. She’s the best mom I could ever hope for with everything.”

“Family❤️,” she captioned the shot.