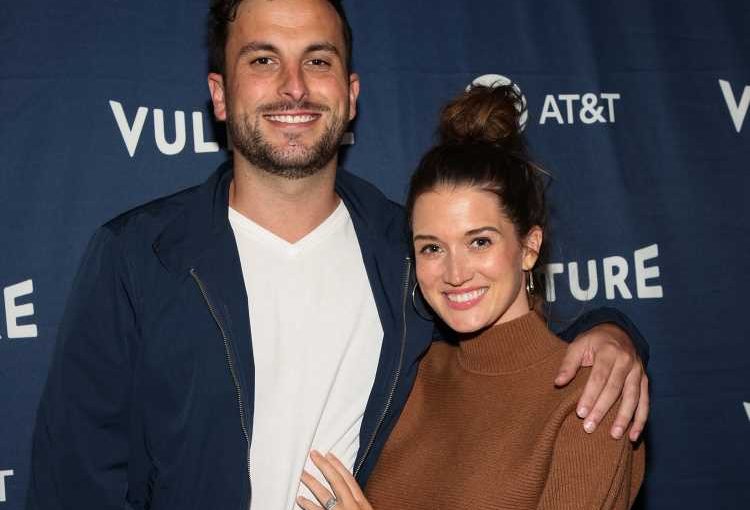 The couple, who met on Bachelor in Paradise in 2015 and tied the knot the following year, are currently busy parenting three under 4 — daughter Emerson "Emmy" Avery, 3, and sons Brooks Easton, 19 months, and Reed Harrison, whom they welcomed in November.

Speaking with PEOPLE earlier this month, Jade and Tanner share where they stand in terms of a potential baby No. 4.

"Maybe we could just have another," she says. "Four would be a great number. They'd have the buddy system! There's just something special about the mother-child bond and I just love it."

She adds, "Our family is perfect the way it is, but there's also a little piece of my heart that thinks about maybe a fourth."

Back in September, when she was still pregnant with Reed, Jade teased on Instagram that they are saving a girl name in case they end up having a fourth child — though, at the same time, she hinted at a potential vasectomy for Tanner.

"We have a name we are both super attached to (for no specific reason) that we love for a girl!" she wrote at the time. "We are saving it for if some crazy reason we end up having four kids. (Although I'm pretty sure Tanner is going to get the snip-snip.)"

Prior to that, the couple revealed that baby No. 3 was "very much an accident." Jade, who is partnering with Tommee Tippee for a Spill the Milk virtual live chat about motherhood on April 8, has been open about her struggles with postpartum depression, and how her experience has been different after the birth of each of her babies. Knowing what she knows now, she says she feels more comfortable than ever realizing her strengths as a mom.

"If I could tell myself all these things that I've learned to the woman I was when I was pregnant with my first, it all would have been empowering. I wouldn't have felt alone, or all these things I went through when I had postpartum depression," she tells PEOPLE. "It's actually easier this time because I can stand in my power with the knowledge now."

Part of what's made things easier for Jade and Tanner is their pact to be more "open and honest" with each other as they navigate parenthood.

"What we did last time wasn't working. It was this emotional, mental, spiritual journey … we flipped the script," explains Jade. "When [Reed] was born, the energy was different. Tanner and I have been able to talk more about these things. He's been really great at listening."