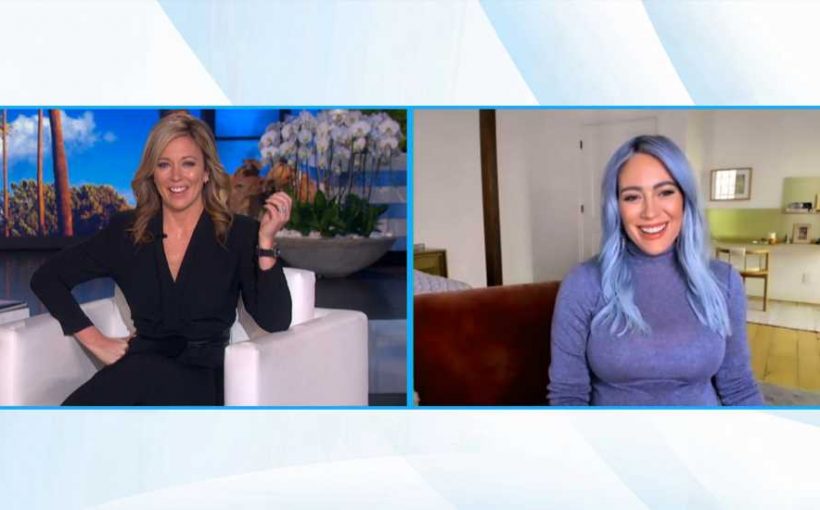 Hilary Duff is getting real about some of the not-so-fun parts of pregnancy as she counts down the final weeks before welcoming her third child.

While this pregnancy has been the "best" of her three "so far," the My Little Brave Girl author detailed to guest host Brooke Baldwin on Friday's episode of The Ellen DeGeneres Show the uncomfortable "lightning crotch" sensation she has been experiencing — something she never dealt with during her first two pregnancies.

"I texted my midwife the other day and I was like, 'What's up with the stabbing pains in my vagina? I'm not feeling this,' " recalled Duff, 33. "It feels awful, like you're being struck by lightning! And she just wrote back and she was like, 'Oh, lightning crotch,' like it was no big thing. And I was like, 'This is quite traumatic.' "

"It'll just strike and all of a sudden and you're, like, doubled over and then it's gone," continued the singer and Younger actress.

The "lightning" part of the term, Duff said, describes "the baby getting ready for birth and lowering, so you can actually breathe and … fill your lungs up with air, which I haven't been able to do in months, but you get stabbing pains in your vagina." "Lightning crotch" isn't the only hurdle Duff has faced as she and husband Matthew Koma prepare to welcome their second child, joining the couple's daughter Banks Violet, 2, and the Lizzie McGuire alum's son Luca Cruz, who turns 9 later this month.

Duff shared a photo on her Instagram Story last month of herself lying on her side in bed, writing of the image, "When the pregnancy sciatica gets ya."

According to Healthline, during pregnancy, the sciatic nerve "can become compressed or irritated by the weight of the baby," causing "a shooting, burning pain that can radiate from hip to foot." In December, the actress opened up to PEOPLE about why she and Koma, 33, have chosen to keep their baby's sex unknown until his or her arrival.

"We had a gender reveal with Banks and it was such a fun memory," she said. "Unfortunately, during these times, we felt it wasn't really appropriate. The way we are creating some excitement within the family is to wait to find out the sex on the baby's birthday!"

"It's a mixture of friends who are excited about the surprise and then some who are just really annoyed with us," Duff added. "Luca is falling under the annoyed category!" (He's hoping for a boy, she said, "so he can share all his old toys.")

My Little Brave Girl, out March 23, is available for preorder now on amazon.com.