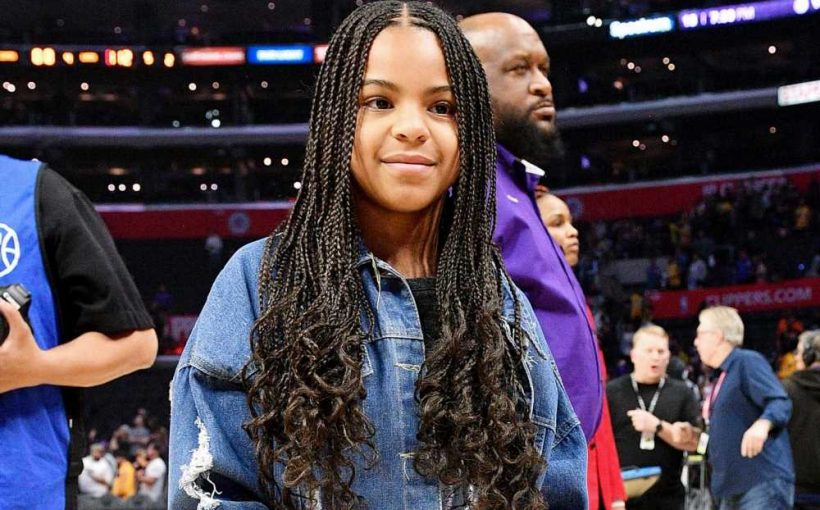 Blue Ivy is adding audiobook narrator to her list of achievements!

Hair Love author Matthew A. Cherry announced Monday on Twitter and Instagram that the older daughter of Beyoncé and JAY-Z, 8½, is the narrator of his children's book's new audio version.

Alongside the announcement, Cherry, 38, shared a short clip of Blue's voice, in which the little girl introduces the book and herself, over a photo of the cover. Cherry is the author of Hair Love, as well writer and co-director of the short animated film based on the book that won the Oscar for Best Animated Short Film at this year's ceremony.

Hair Love tells the touching story of a Black father who learns how to do his young daughter's hair while his wife is in the hospital. As the young protagonist soon finds out, her father isn't quite sure what to do with her locks — but they work together to find a solution.

"I liked the idea of something that was centered around a Black family, because so often you don't see that in animation," Cherry, a former pro football player, told the Los Angeles Times in February.

In his acceptance speech at the Academy Awards that same month, he said, "I just want to say that Hair Love was done because we wanted to see more representation in animation — we wanted to normalize Black hair." Beyoncé, 39, recently spoke to British Vogue for her December cover story, revealing that she and Blue (who starred alongside her mom in the "Brown Skin Girl" music video and sings on the track) have a special relationship when it comes to celebrating each other's accomplishments.

"When I tell her I'm proud of her, she tells me that she's proud of me and that I'm doing a good job. It's teeeeeew much sweetness," the "Formation" singer said. "She melts my heart. I believe the best way to teach [my kids] is to be the example."

Beyoncé — who also shares twins Rumi and Sir, 3, with JAY-Z, 50 — additionally spoke with the magazine about why she has felt a calling to help elevate Black (and specifically, African) voices, saying that "something cracked open inside" of her after Blue was born in January 2012.

"From that point on, I truly understood my power, and motherhood has been my biggest inspiration. It became my mission to make sure she lived in a world where she feels truly seen and valued. I was also deeply inspired by my trip to South Africa with my family," she added.

The Hair Love audiobook is available now on amazon.com.