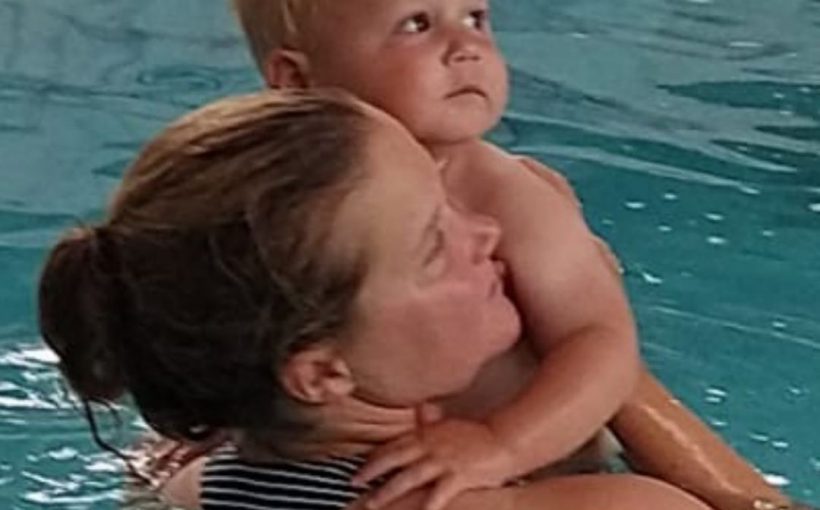 Amy Schumer wants her little one to stop growing up so fast!

On Tuesday, the Trainwreck actress, 39, shared an adorable photo of herself holding son Gene David, 14 months, in a pool. Schumer captioned the sweet mother-son snapshot, "I don’t want this age to end HELP!"

Schumer welcomed her first child in May 2019 with husband Chris Fischer — a pregnancy experience set to be chronicled in the upcoming HBO Max three-part docuseries Expecting Amy.

The comedian also updated fans on Tuesday with a milestone achieved by her son: baby's first temper tantrum. "… any advice for a 14 month old who just had his first tantrum? I feel like he’s testing me," Schumer wrote on Instagram in a post where she also joked that she'll be Joe Biden's running mate in the upcoming election.

For Father's Day, Schumer penned a heartfelt tribute to Fischer, sharing a photo of him holding their newborn last year.

"Happy Father’s Day Chris. We love you. I’m jealous that you make gene laugh so much harder than me," she wrote.

Never miss a story — sign up for PEOPLE's free daily newsletter to stay up-to-date on the best of what PEOPLE has to offer, from juicy celebrity news to compelling human interest stories

Speaking about how motherhood has changed her as a person "in a million ways," Schumer told Entertainment Tonight in November that she has become kinder to her own mother, Sandra.

"I'm just nicer to my mom," she said at the time. "I didn't know I could love someone that much — no offense to my husband. … But yeah, I think we're both shocked by the level of love that's possible."

The actress honored her mom on Father's Day, thanking her for raising her as a single parent for most of her childhood.

"More than anything happy Father’s Day to all the single mothers out there who did both. I love my dad but my mom did it all," she wrote on the holiday. "Love you mom don’t tell dad about this post he’s not on IG."

Back in October, Schumer reflected on the ups and downs of her pregnancy, telling PEOPLE that, while it was "terrifying," it was still "worth it."

“It’s all terrifying. Giving birth is the most terrifying thing you’ll ever do that’s completely worth it,” she said. “Having a c-section was … my pregnancy was so hard, I was just very ready to meet my son.”