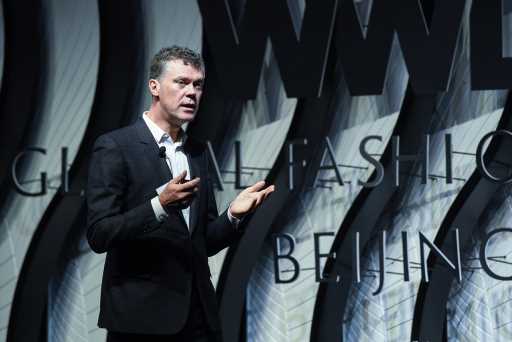 Coty Inc.'s appointment of yet another chief executive officer was by far the biggest executive news of the week.
The beauty business is said to have surprised employees and Wall Street analysts alike with the appointment of Jimmy Choo ceo Pierre Denis as Coty Inc. ceo. Pierre Laubies, Coty's current ceo, will stay on through the company's sale of the Professional Division, expected this summer. He joined the business in November 2018.
Coty's chairman Peter Harf, also chairman of Coty's majority owner JAB, unveiled the news last Friday, saying that Denis "brings a wealth of cosmetics and luxury experience in developed and developing market, including in Asia."
Denis is also already familiar with Coty's majority owner, JAB, as the group owned Jimmy Choo until 2017, when it was sold to Capri Holdings Ltd. Denis has been heading up that business since 2012, and has been working to build it into a $1 billion brand.
At Coty, Denis will be in charge of overseeing phase two of the turnaround plan: grow sales.
Phase one under Laubies included streamlining and reducing leverage, which is expected to be completed through the sale of the professional division. "Phase one of the turnaround is complete, and now they're going to focus on improving sales growth and this person Pierre Denis is the person to do this," Stifel analyst Mark Astrachan told WWD, voicing concern over the company's turnaround efforts.
Wall Street is also concerned because of the swiftness of executive turnover at Coty. Wells Fargo analyst Joe Lachky called the shift "an incremental negative" because "a ceo transition in the midst of so much organization change brings additional uncertainty to the story."
Wall Street concern aside, Denis brings something to Coty that Laubies didn't — a résumé with beauty experience. He started his career in at Jean Patou and later joined the perfume and cosmetics division of LVMH. After that, he became the Asia Pacific managing director for Parfums Christian Dior, before switching to fashion and accessories.
Also at Coty, chief financial officer Pierre-André Terisse added chief operating officer to his title. Isabelle Parize and Justine Tan have been non-executive directors of the Coty board. Andrew Stanleick has been promoted to Coty President North America, overseeing both consumer and luxury beauty as of Jan. 1.  And WWD has confirmed that Sophie Hanrot, Coty's chief human resources officer, has resigned.
Elsewhere in the beauty world, Kao and R+Co have made new appointments.
At Kao USA, Karen Frank has been named president of the mass business for the Americas and European region, and Jesse Grissom has been named president of operations in the Americas region.
They will be working together to ensure that Kao's mass business — including Jergens, John Freida Hair Care and Bioré — are poised for growth. Frank and Grissom's appointments are part of a new organizational structure at Kao, which is meant to allow for faster decision-making.
Frank was previously general manager of U.S. sales and marketing, as well as overseeing Americas and Europe Innovation for the mass channel. Grissom will oversee the leaders of supply chain, human resources, information technology, legal and finance that support Kao's mass business, plus the salon and Molton Brown businesses.
At R+Co, Alison Alhamed has joined as vice president of social media and community. She was previously editor in chief of Modern Salon, the publication.
In the role, Alhamed said that she will coordination "collaborations between icons and influencers" and bring "R+Co even closer to stylists and salons."
R+Co is owned by Luxury Brand Partners, which raised $50 million in January from Bookend Capital.
This article was featured in issue number two of WWD Beauty Inc's new weekly newsletter. To sign up, click here.
For more from WWD.com, see:
Pierre Denis Named CEO of Coty, Replacing Pierre Laubies
Could Morphe Become the Sephora of Influencer Brands?
The Latest Beauty Executive Hires
Source: Read Full Article