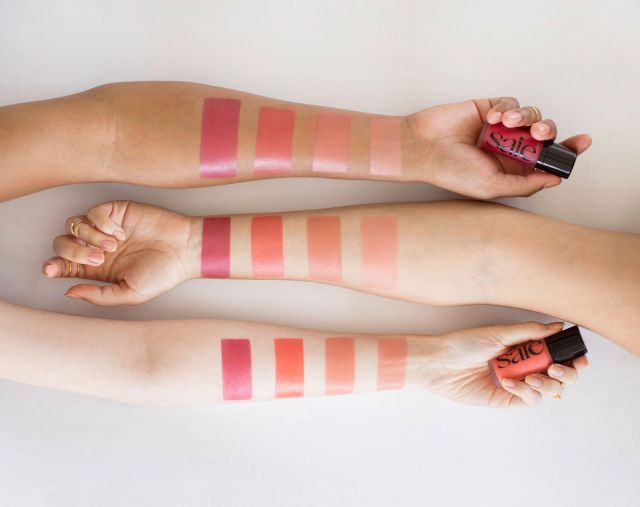 Covey Skincare
Available at coveyskin.com. Prices range from $29 to $59.

Uribe, who handles the data and marketing side of the business, said each of the three products were reverse-engineered. “We looked at over 500,000 product reviews and analyzed over 2,000 comments,” Uribe said. “That’s when we realized the guesswork was a universal challenge, and Covey is a solution to that.” Industry sources estimate the line to reach between $3 million and $5 million in its first year on the market.

Ingredients Wellness
Available at ingredientswellness.com and Onda Beauty. Prices range from $36 to $58. 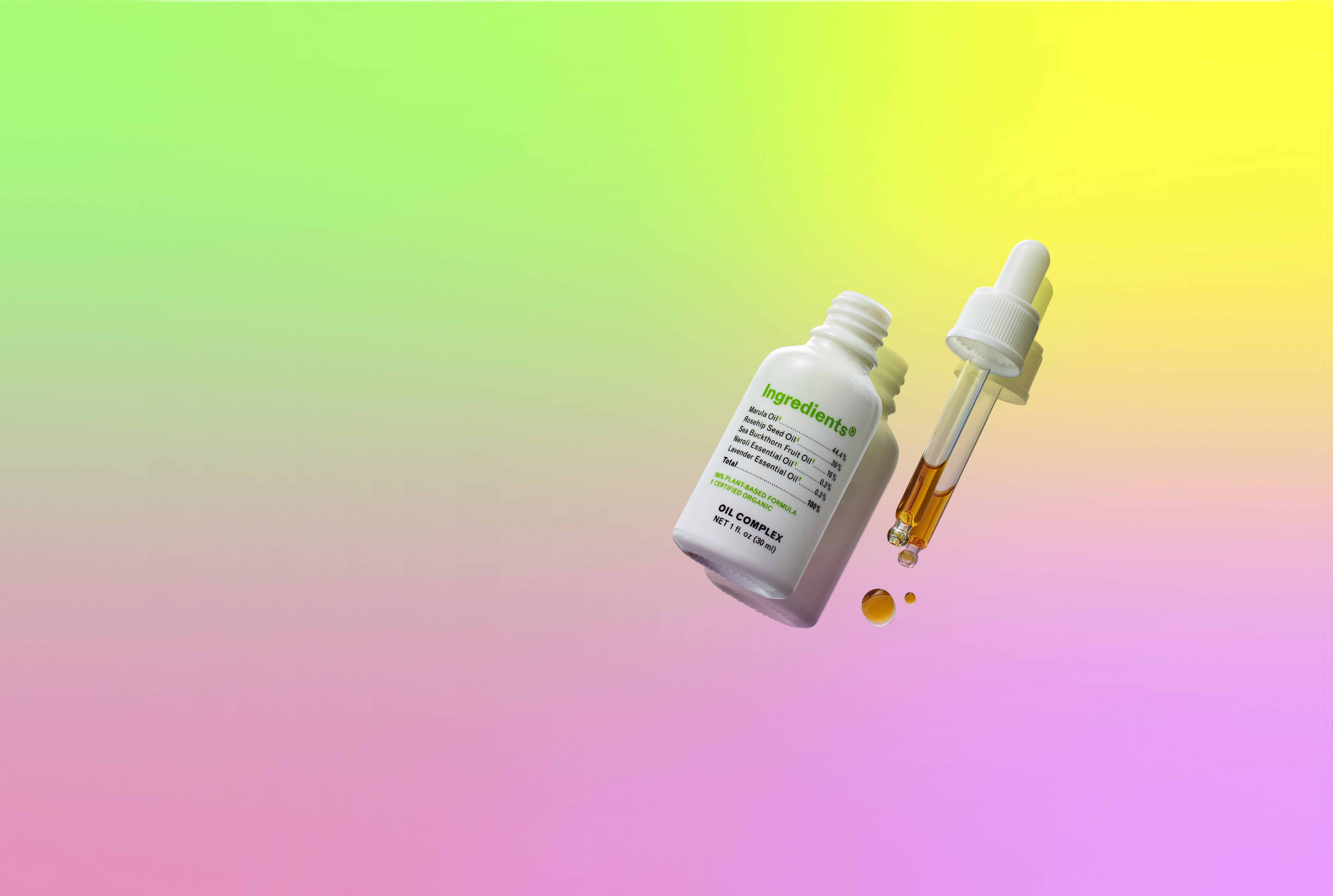 When Myriam and Eric Malka cofounded the Art of Shaving, they hoped to revolutionize men’s premium grooming solutions. Now, 25 years later, they’re looking to do the same for clean skin care. The husband-and-wife pair have founded another brand, called Ingredients. So named for its radically transparent approach to labeling (all ingredients, and their percentages, are on the front of each bottle), the brand has already caught the eyes of independent, clean beauty retailers such as Onda Beauty.

The line, and its three debut skin care products — Face Cleanser, Face Serum and Oil Complex — are formulated by Myriam Malka. “We were always frustrated with our industry’s use of toxic ingredients, and hidden labeling,” Eric Malka said. “We saw the clean movement and felt that they weren’t going far enough.”

Although Ingredients has ambitions to revolutionize skin care, it’s also hoping to do the same with adjacent categories in beauty and wellness, from body products to ingestible wellness products and snacks. Industry sources project the line to reach between $1 million and $5 million for its first year at retail, depending on how many more distributors it signs on. 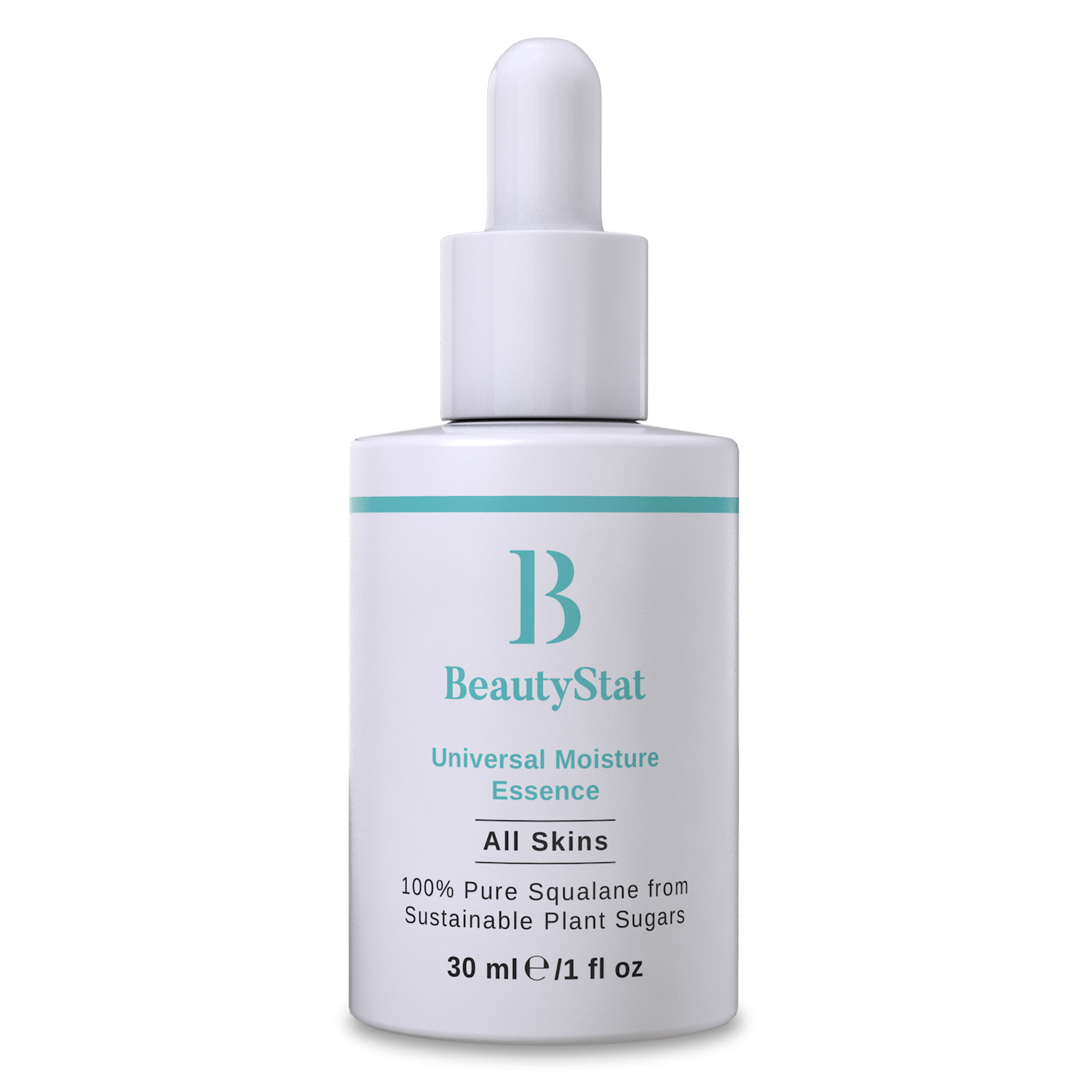 Robinson’s solution for dryness might not have the sophisticated patents of his best-selling product, but it still took all of his prowess as a chemical formulator. “What it’s looking to fill is the fact that we’re also seeing a need for barrier repair on top of moisturization,” he said. “We combined that with an ingredient consumers are also searching for, which is squalene.”

The Essence is 100-percent squalene, but as Robinson stipulated, “not all squalenes are created equal.” The one sourced for his latest launch is plant-derived and sustainable, and he sees it as filling one of the greatest needs of his customer base. Industry sources predict the essence to hit $1 million in retail sales for its first year on the market.

MOB Beauty
Available at mobbeauty.com. Prices range from $10 to $25. 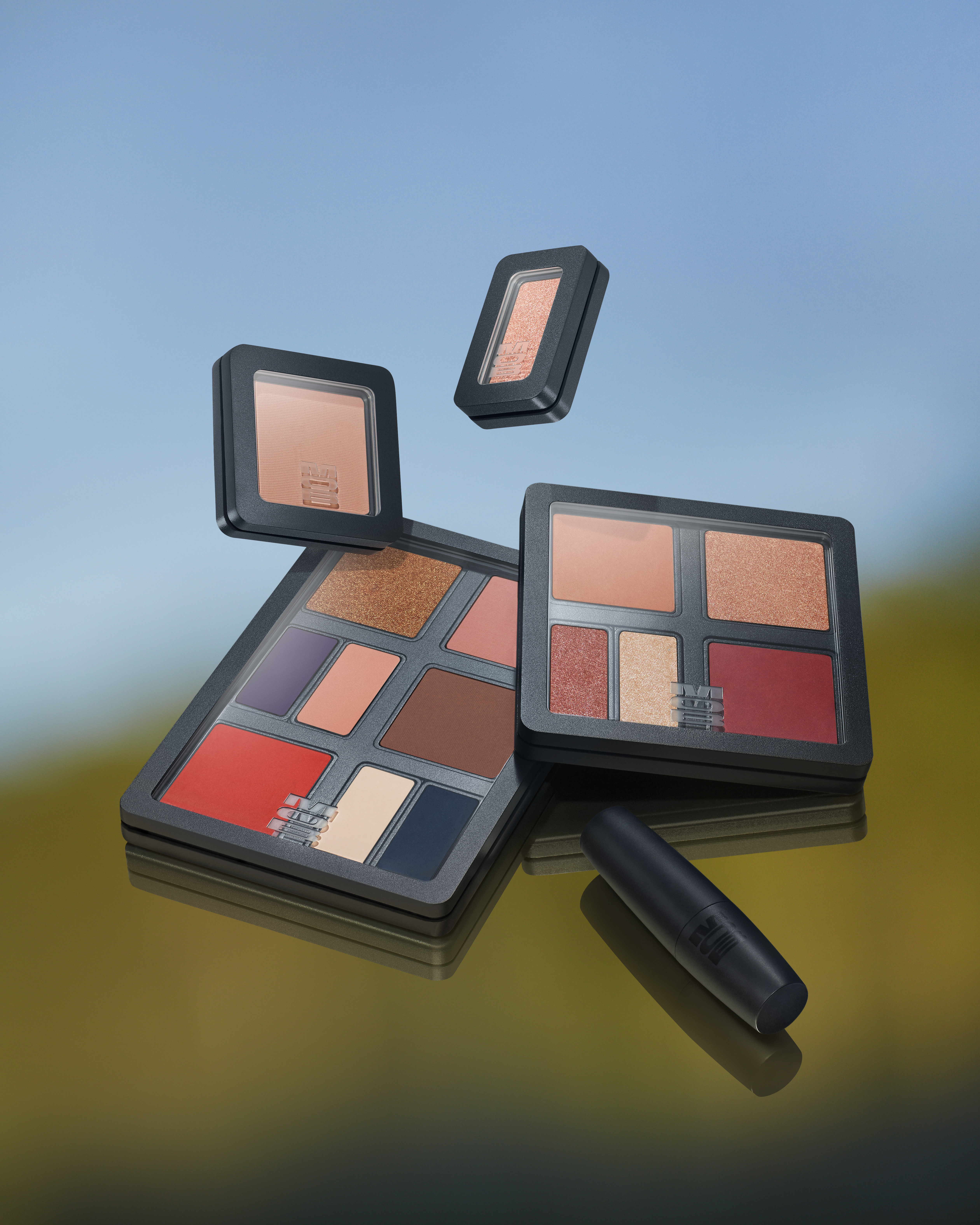 Performance-driven makeup is no stranger to Victor Casale. After cutting his teeth as a chemist at MAC Cosmetics and Cover FX, Casale was poised to launch his own brand — the only challenge was packaging. Enter MOB Beauty, which Casale cofounded and now helms as chief executive officer. The brand features refillable, recyclable palettes, all of which accommodate its six different products.

Two of the brand’s other founders also had beauty experience: one being Frank Toskan, cofounder of MAC Cosmetics, and Alisha Gallagher, whose résumé includes Briogeo and Cover FX. “We think we can use all of our experience to do the hard stuff,” Gallagher said. “We kind of thought that between us, we can figure it out, one way or another.”

MOB Beauty launched d-to-c in January, where it hopes to educate consumers on the importance of sustainability. “We wanted to have good pigment loads, great performance, great payoff — all those things that you expect from quality products, but done our way, which means conscious, clean and sustainable,” Casale said. Those include its six debut products: blush, lip balm, lipstick, eyeshadow, bronzer and highlighter, available in eight, six, seventeen, twenty-four, four, and four shades, respectively. Industry sources expect the line to reach between $3 million and $5 million in sales for its first year on the market.

Saie Dew Blush
Available at in four shades sephora.com for $22. 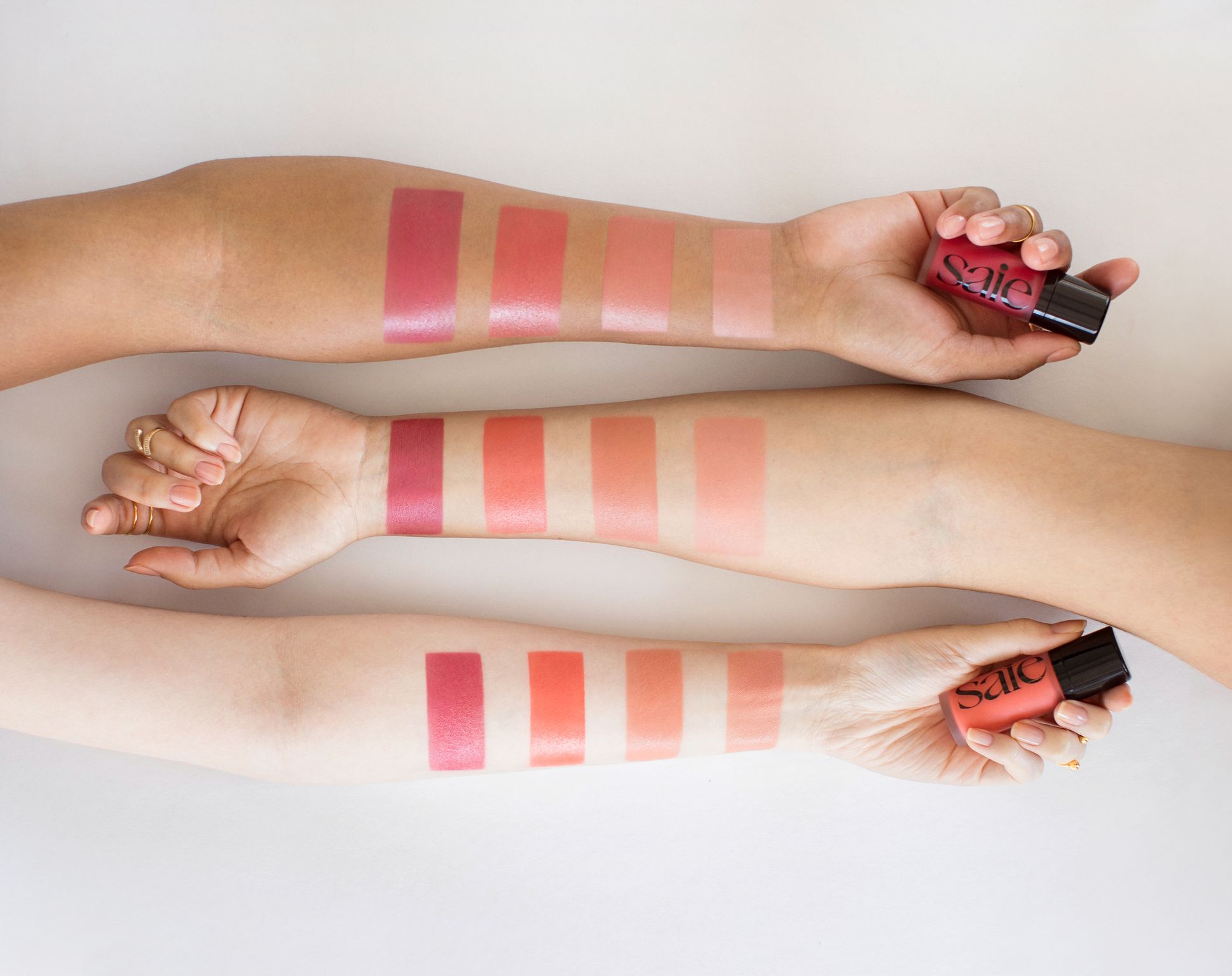 When Saie founder Laney Crowell left her corporate job at Estée Lauder Cos. Inc., she said it was a passion for wellness that drove her to venture off on her own. Now, hot off a Sephora expansion and high-profile seed funding round that included the likes of wellness doyenne Gwyneth Paltrow, Crowell is taking her feel-good formulas back into complexion.

Crowell is launching four shades of Saie’s new Dew Blush this month as a Sephora-exclusive complexion product. It has the same clean ingredient claims — and 3,000-ingredient never-use list — as the rest of the brand’s lineup. Although there are headwinds in color cosmetics, Crowell is confident it’ll land well among her consumers. “All of our product launches come from our community, a private Facebook group. That’s how I got the brand name, consumers ‘say’ what they want. It’s not rocket science. The most important thing to go back to is meeting our customers where they are,” she said.

Industry sources think the product could do between $500,000 and $1 million — possibly $1.2 million — in retail sales for its first 12 months on the market.

For more from WWD.com, see: