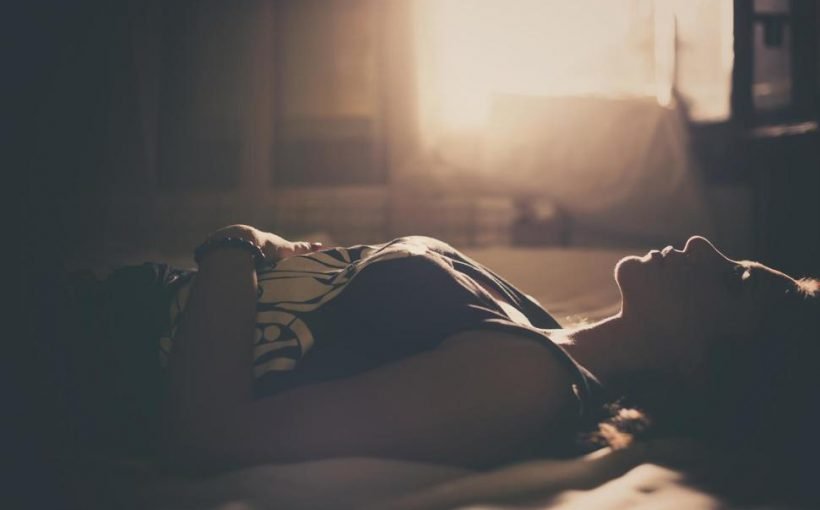 They say you can’t be “just a little” pregnant – you either are or you aren’t. And for Natalie Fisk, that was certainly the case: She had barely caught her breath after a positive pregnancy test before the brutal morning sickness began. Soon enough, she felt her breasts swell, her belly soften and her hips expand. She and her husband experienced the happy stuff too, like picking out names and strollers, listening to their baby’s heartbeat and telling their parents a grandchild was on the way. “You don’t think in the first trimester there’s going to be that big of an attachment,” says Fisk, a 31-year-old artist and hotel manager in New York City. “There is absolutely an attachment.”

But then, one night almost 11 weeks into her pregnancy, Fisk had a dream that a shadowy figure took her baby away. In the morning, she noticed some spotting. “I looked at [my husband] and said, ‘Oh my God, the baby’s dead,'” she recalls.

An emergency sonogram later that day made her nightmare a reality: The bean on the screen no longer had a heartbeat. Not only that, the physician told the couple, but its heart had stopped beating more than two weeks before. In other words, she had spent the last few weeks with the life in her gone but the body supporting it holding on. “It was pretty shocking for me because … I was pretty sure things were fine by that time,” Fisk says. “It felt kind of crazy to think that it was suddenly not happening anymore.”

What Fisk experienced is sometimes referred to as a missed miscarriage, a silent miscarriage or a missed abortion, and describes a pregnancy loss that isn’t accompanied by symptoms, like heavy bleeding and cramping, says Dr. S. Zev Williams, chief of the Division of Reproductive Endocrinology and Infertility at Columbia University Medical Center in New York. “Everything seems fine and the sonographer will be looking and looking and not seeing the heartbeat, and the patient goes in with high expectations,” Williams says. “It’s a very tough situation for the woman and the couple to go through.”

A missed miscarriage can be contrasted with the more “classic” expectation of a miscarriage, which includes bleeding, cramping and the tissue passing naturally or through medical intervention. Women can also experience “biochemical pregnancy losses,” Williams says, or when a pregnancy ends after a positive pregnancy test but before an ultrasound can confirm it. Those are more modern phenomena and often marked by heavy bleeding; in the pre-hormonal-pregnancy-test era, a woman may have never have known she was pregnant and just assumed she’d had her period.

The medical community, however, doesn’t distinguish between or track the occurrences of different “types” of miscarriages, which are estimated to affect anywhere from 10 to 25 percent of clinically-recognized pregnancies, according to the American Pregnancy Association. (Other estimates are higher if you include biochemical pregnancy losses and those that happen without a women’s knowledge). “Whether a miscarriage is associated with symptoms or not, it is still a non-viable pregnancy,” says Dr. Sarah W. Prager, an OB-GYN and professor at the University of Washington Medical Center.

All miscarriages have the same potential causes, too – about 50 percent are due to chromosomal abnormalities and the rest can be attributed to any number of complications like fibroids, hormonal disturbances or an abnormally structured uterus, Williams says. While many women never find out why their miscarriage occurred since testing on the tissue isn’t standard unless a woman has had multiple miscarriages in a row, he and colleagues are trying to change that by introducing a new technology that can quickly and cheaply identify genetic abnormalities in the tissue. Doing so, Williams says, could ease women’s (unjustified but common) self-blame, or allow them to begin to identify and correct the roadblock before more miscarriages occur.

Medical professionals don’t manage miscarriages by “type” either, though the options may still correlate with the symptoms (or lack thereof) that a woman experiences, Prager says. For example, women who go to the emergency room with dangerous levels of bleeding are going to need swifter intervention and closer management than those like Fisk who seem healthy and only find out they’re no longer pregnant via a sonogram. “How a provider manages the miscarriage depends a lot more on whether or not the patient is stable, not what type of miscarriage it is,” Prager says.

The intensity or types of emotions women and couples feel after a miscarriage also can’t be linked to particular types, Fisk has found when hearing other women’s stories. “The circumstances that people find out they’re miscarrying are all different,” she says, “and it’s all painful.”

Most women who experience a so-called missed miscarriage are given three options for what to do next. The first is to watch and wait for the pregnancy to pass, which is non-invasive, but typically takes about two weeks and isn’t predictable, Prager says. Another option is medication, which expedites the process and stimulates the tissue to come out, but can come with side effects like nausea, diarrhea or chills. The third option is to undergo a procedure to remove the tissue, which can be immediate and is pretty much always successful, Prager says, but is invasive and, like all the options, comes with a low risk of hemorrhage and infection. The American College of Obstetricians and Gynecologists’ newly updated practice guidelines note that all three options “result in complete evacuation of pregnancy tissue in most patients, and serious complications are rare.” Women may also choose to try one of the less-invasive options to start, and move on to more interventions if it’s not successful or takes too long.

Because she’d already been carrying the no-longer-viable fetus for a few weeks, Fisk’s medical team urged her to opt for the surgical option. She agreed and, a few days later, underwent what to medical pros is routine but to a mom-to-be is the end of a beginning. “It was really hard hormonally and personally,” she says.”There’s no replacing that – you still want your baby. I still want that baby.”

Fisk took off work for a few days, but unlike someone who takes off for, say, an ACL surgery and returns with a brace to plenty of “get well soon” cards, her pain was invisible to others but constant to her. “You wake up and you’re in the shower and you still have physical signs of being pregnant, but it’s not there anymore – it’s not something you can ignore; you can’t not think about it,” she says. “I remember thinking I had these tools to take care of a baby that was just no longer there, and to me, that was the saddest thought.”

After experiencing a shocking and devastating miscarriage, Natalie Fisk calls her newborn daughter the “little rainbow baby at the end of the story."(Courtesy of John Fisk)

For her, reading about other women’s experiences with miscarriage was one of the most helpful coping mechanisms. She hopes telling her story, too, will help others – including the people around couples who’ve experienced miscarriages but clam up. “I just wanted people to say, ‘I’m so sorry for your loss and I’m sorry for what you’re going through,'” she says. “I just wanted recognition that this baby was a person or a thing or an experience – it was something that was a part of me that no longer is.”

Williams thinks the lack of public discourse about miscarriages, despite how common they are, may be influenced by the fact that, unlike more modern conditions like heart disease and Alzheimer’s disease, they’ve always been a part of the human experience. “A lot of deep-rooted thinking about it goes back to an ancient time when understanding of medicine wasn’t really developed,” he says, and so some cultures believed that miscarriages were a sign that, say, the women deserved to be punished or they didn’t really want their babies. Unfortunately, today, some guilt and shame around miscarriages lingers, he finds. “Knowledge and education go a really long way to helping those who are going through these losses cope with it better,” he says.

One piece of information that often gets lost, for instance, is that a single miscarriage doesn’t raise your risk for a future one. Though Fisk’s second pregnancy was tinged with worry that it too would end, it didn’t. She’s now the proud mother of a healthy girl who’s almost one month old. Her single experience of miscarriage, she says, was enough to show her how truly fragile life is. “I don’t know if anyone could be wise enough to just understand the value of life without loss,” she says.

Why Can't I Get Pregnant?

Anna Medaris Miller is a Senior Health Editor at U.S. News, where she covers fitness and athlet…  Read moreAnna Medaris Miller is a Senior Health Editor at U.S. News, where she covers fitness and athletic performance; nutrition and fad diets; “invisible” medical conditions; complementary medicine, reproductive health; mental health; gender, sexuality and body image issues; and more. She also manages the Eat+Run blog, a practical guide for healthy living. Before joining U.S. News in 2014, Anna was an associate editor for Monitor on Psychology magazine and freelanced for the Washington Post. Her work has also appeared in the Huffington Post, Women’s Health, Yahoo!, Business Insider, the Muse and more. Anna frequently acts as a health expert and spokesperson for U.S. News on national and local TV and radio, and has appeared on the Today Show, Good Morning America, Fox 5 New York and more. She has held leadership positions on the National Press Club’s young members committee, the Association of Health Care Journalists’ D.C. chapter and the American News Women’s Club. Anna graduated Phi Beta Kappa from the University of Michigan, where she studied psychology and gender and health, and later earned her master’s degree in interactive journalism from American University. Anna lives in New York City and is a multi-time triathlete and marathoner currently training for an IRONMAN 70.3. To learn more about Anna, visit her website or follow her on Facebook, Twitter, LinkedIn or Instagram.