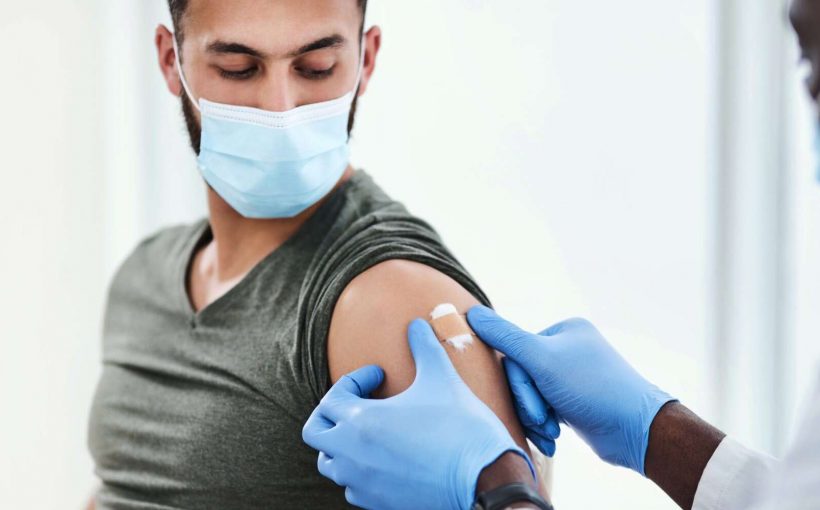 Gay and bisexual men in Florida should get vaccinated against meningococcal disease following reports of an ongoing outbreak, the Centers for Disease Control and Prevention (CDC) said Friday.

So far in 2022, the number of cases of meningococcal disease—a serious, but preventable and treatable illness—have already surpassed the five-year average, according to a statement from the Florida Department of Health (FDOH). The increase in the disease is mainly affecting people who live in Florida, but has affected some travelers, as well.

The CDC reported an uptick in cases of meningococcal disease among college-aged students, but no connections between that outbreak and the larger outbreak have been made.

The outbreak has led CDC and FDOH officials to urge the following groups of people to receive one of two meningococcal disease vaccines if they haven't already, or to speak with a health care provider about the vaccines:

Though meningococcal disease can be serious and potentially deadly, the best protection against the disease is vaccination, and staying up to date on those vaccinations when necessary. Here's what to know about the meningococcal disease outbreak in Florida, and how to best protect yourself if you live in the area or have travel plans in the future.

Meningococcal disease is an illness caused by the bacteria Neisseria meningitidis, according to the CDC. When the infection spreads to the lining of the brain and the spinal cord, it's called meningitis; when it spreads to the bloodstream, it's called septicemia. Meningococcal disease can be fatal: Even in people who are treated, 10 to 15 out of 100 will die. Of those who survive, 10 to 20 will suffer disabilities, such as brain damage, loss of limbs, and hearing loss.

People spread Neisseria meningitidis to each other by sharing respiratory and throat secretions, like saliva or spit, according to the CDC. Usually, the bacteria is passed on through coughing or kissing but "it can also be spread to close contact," William Schaffner, MD, an infectious disease specialist and professor at the Vanderbilt University School of Medicine, told Health.com. "This bacteria lodges in the back of the throat and nose and can linger there for a long time," Dr. Schaffner explained.

But not everyone who comes into contact with Neisseria meningitidis becomes sick: About one in 10 people who have the bacteria in the back of their nose and throat don't have symptoms, according to the CDC.

Meningococcal disease is not as contagious as the germs that cause the common cold or the flu, according to the CDC, but the symptoms can be severe.

The following are symptoms of meningococcal septicemia, according to the CDC:

The FDOH is warning residents to seek care immediately if they develop symptoms. "Anyone who has been exposed or develops symptoms should be evaluated by a health care provider right away," the agency said. "This is a rare but potentially devastating infection."

The MenACWY vaccine is now a routine vaccination, given during childhood; the CDC suggests all 11 to 12 year olds receive the MenACWY vaccine, with a booster dose given at 16 years old. Teenagers and young adults—people ages 16 to 23—are also recommended to get a MenB vaccine, as are people who are immunocompromised.

It's also important to point out that men aren't the only ones who should consider getting vaccinated during this outbreak: Women who are intimate with bisexual men should also consider a vaccine. "There's nothing gender-specific about who can and can't be affected," Thomas Russo, MD, professor and chief of infectious disease at the University at Buffalo, told Health.com.

A first step to getting the vaccine is checking in with a health care provider, Dr. Schaffner said. "Not every provider stocks this vaccine, so it's better to contact them in advance," he explained.

You should also be able to get the vaccine at your local pharmacy, Amesh A. Adalja, MD, a senior scholar at the Johns Hopkins Center for Health Security, told Health.com. He added that special vaccination sites may be set up as well: "With this cluster, public health authorities will also likely set up vaccination clinics."

If you don't know whether you're at risk, you should get the vaccine to be safe, Dr. Russo said: "It's definitely important to protect yourself from meningococcal disease, and the vaccine is the best way to do that."